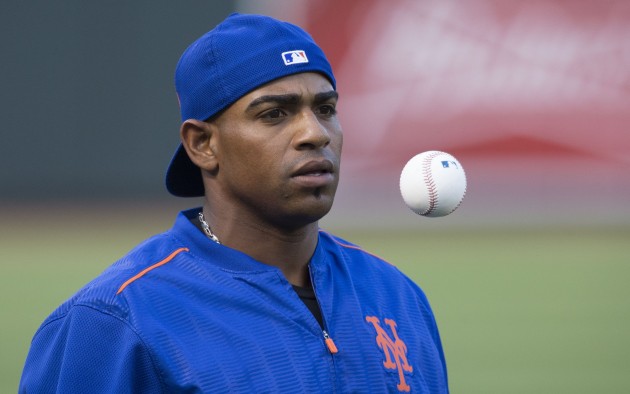 New York Mets outfielder Yoenis Cespedes has a taste in vehicles that’s as bold as his eyebrows.

We first got a sense of this last December, when the Cuban-born slugger had his $500,000 Lamborghini Aventador customized by The Auto Firm in Miami to shoot fire out of its exhaust. Of course, at the time he had just been traded to Detroit, so it was possible he was simply trying to compete with teammate Alfredo Simon’s chrome Mercedes.

But now he’s playing for New York, and his new ride is an even more ambitious (and preposterous) build:

When it came time to customize his three-wheeled Polaris Slingshot, Cespedes went back to The Auto Firm to create this masterpiece. According to shop owner Alex Vega, Cespedes wanted to do something that was “crazy, crazy, crazy,” and this monstrosity appears to qualify. (Although the four leaf clover decal on the hood is more lame than insane).

According to the TMZ Sports video description, Yoenis is “now trying to sell” the Slingshot, although there’s no information on where to buy this one-of-a-kind vehicle.

But, if you end up seeing a black and blue three-wheeler with the words “Live Lucky” written on the hood being sold on Craigslist by some guy from Queens, give it a closer look—it may just belong to an All-Star.