Update: The creator of the Youabian Puma, Dr. Kambiz Youabian, has sent numerous automotive bloggers, myself included, a blanket legal threat promising swift retribution if our criticisms of the Puma are not taken down promptly. Dr. Youabian’s form letter cites such grievances as defamation of character and the use of “incorrect facts,” and says that we are all in violation of various laws, none of which are immediately clear to anyone. I offer my response in the form of a revised version of this blog, which you can find here. 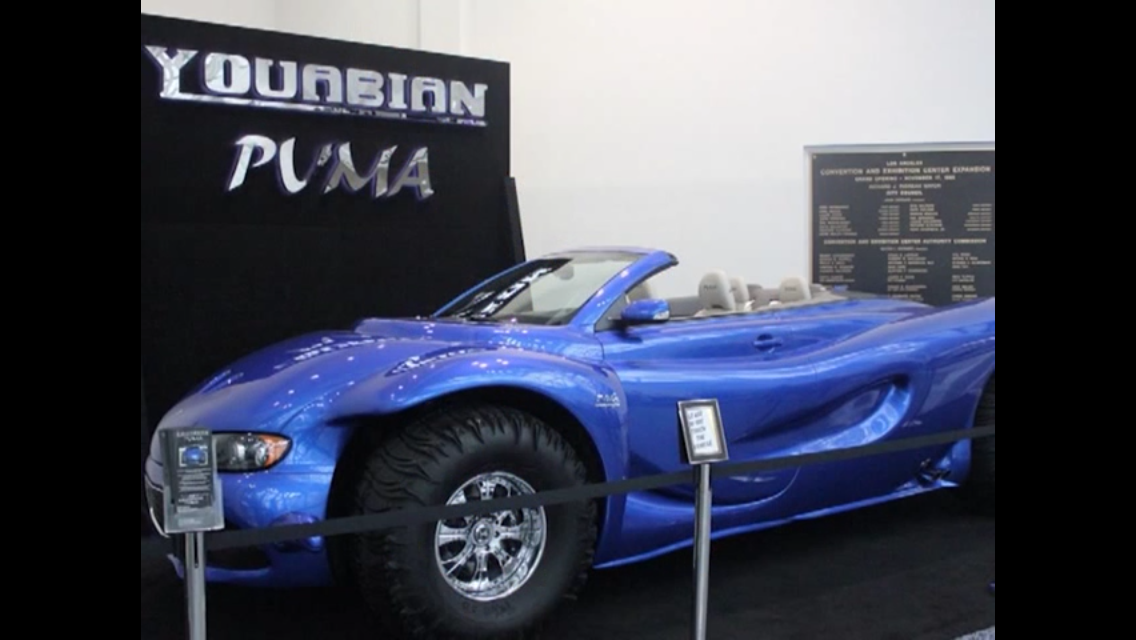 If the Youabian Puma could speak, it would beg you to mercy kill it. Source: YouTube

The 2013 Los Angeles Auto Show is home to some of the most dazzling, fascinating, powerful, and technologically advanced vehicles ever produced.  There, you can find concepts that will inspire imagination and debuts that will steal your heart and make you salivate all throughout the year to come.  You will also apparently find the Youabian Puma, which is a thing.

And what a thing this thing is, to be sure.  Jalopnik rather accurately describes is as “a whale carcass on a truck trailer.”  The Puma is arguably proof that the universe doesn’t care about the human race whatsoever.  It is probably the closest we will ever come to recreating a Lovecraftian horror. 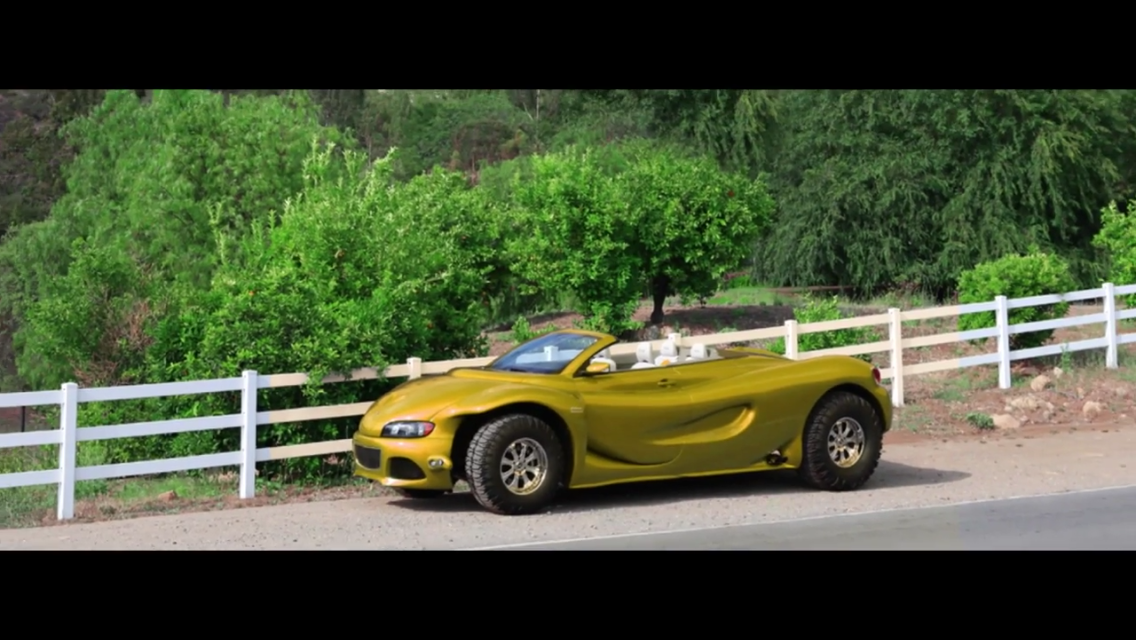 Its brochure says “The Youabian Puma was created with one goal in mind: to standout and be unique.”  Well, mission accomplished, we suppose.  We are only slightly positive that this car is not a practical effect created by Rob Bottin.

Okay, if you’re a video game nerd, here’s an analogy: if you ever played Resident Evil 2 (and if you love video games and have not, shame on you), you’ll remember the various transformations of mad scientist/recurring boss William Birkin.  By the end of the game, the once-dashing virologist had undergone multiple T-Virus-induced transformations—the last of which rendered him into some kind of corpse-slug-beast with a million teeth that was approximately the size of a train car.  The Youabian Puma is like the fifth and final boss transformation of a sports sedan, and a firm and horrifying reminder that man should never try to play god.

The Youabian Puma is only slightly less horrifying than Seth Brundle’s slow, agonizing transformation into an insect man in the 1986 David Cronenberg classic.  It’s still vastly less repulsive than the hand-liquefaction scene, but unlike The Fly, the Youabian Puma lacks absolutely any Jeff Goldblum shirtlessness to redeem such grossness.

The engine is a 7.0L V8 that doles out 505 horsepower and 470 lb.-ft. of torque.  According to AutoBlog, it is good for 14 miles to the gallon in the city, 22 mpg highway.  I have it on good authority that the Youabian Puma also runs on the tears of children and every bad thing your ex-boyfriend/ex-girlfriend ever said about you behind your back.

Oh, and it costs $1.1 million because why not?  If you’re going to go absolutely through-the-roof epic with the ugly and unnecessary, you may as well throw it out there at a price that no reasonable human being of sound mind would ever pay. 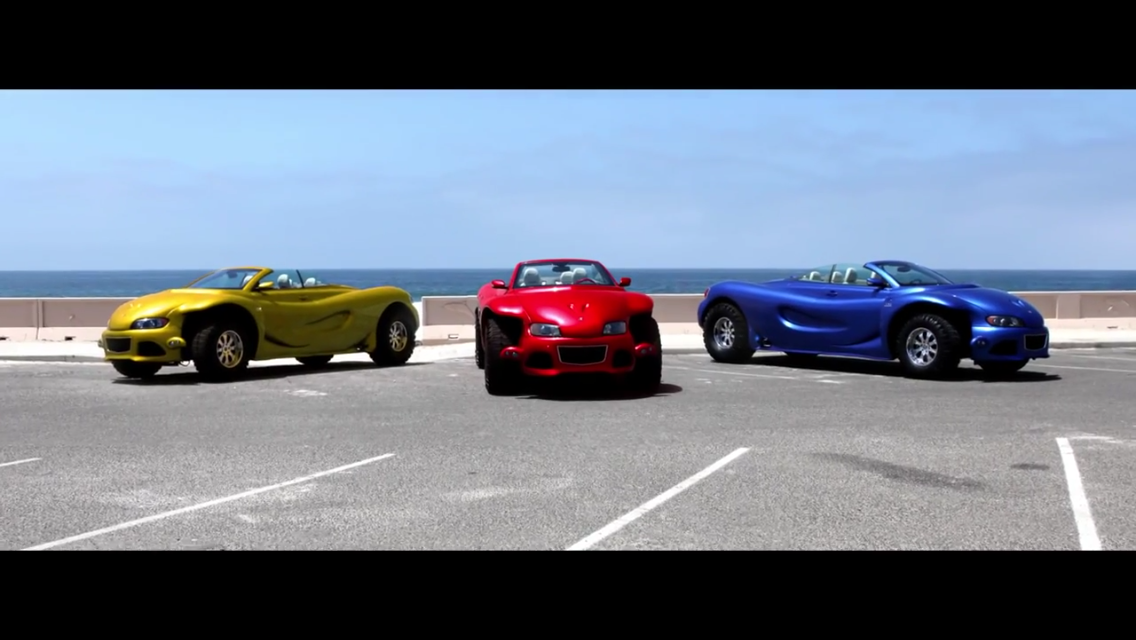 And yet, at least three have been built. Source: YouTube

Feel free to visit Puma’s website for more information.  Though it’s advisable that you wait until after the LA Auto Show, given that this monstrosity has garnered itself enough attention (as of noon on 11/21) that the site has crashed completely.

Also, we forgot to mention the new segment crafted for the Youabian Puma: “Pleasure Mobile.”