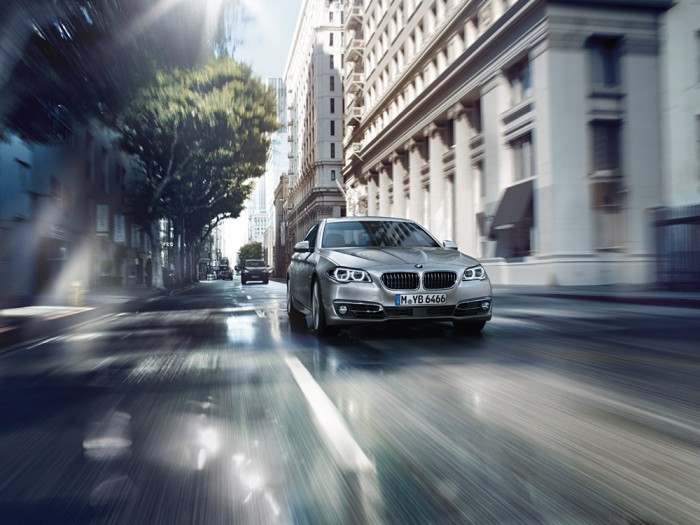 The 2013 BMW 5 Series is a historic and refined luxury vehicle!

Split-folding rear-seats and a universal garage door opener are new standard features for the 2013 5 Series.

The 5 Series has never been just a good-looking car. BMW is known for performance and the 5 Series is certainly no exception. The 528i is powered by a turbocharged 2.0-liter four cylinder, producing 240 hp and 255 lb-ft of torque. Rear-wheel-drive is standard on all 5 Series, and the 528i has an eight-speed automatic transmission, with an automatic stop-start function which shuts down the transmission to save fuel at stoplights. Upgrade to higher level trims, and see even more power and versatility.

The interior of any 5 Series screams luxury. At a minimum, you’ll see dual-zone automatic climate control, eight-way power front seats, driver memory functions, premium leatherette vinyl upholstery, split-folding rear seats, and a power tilt-and-telescoping steering wheel. The cabin is impressive, with a clean design and plenty of space for 2 adults in the backseat.

In government crash tests, the 5 Series earns the highest rating of five stars, and a top rating of “Good” in the Insurance Institute for Highway Safety tests.