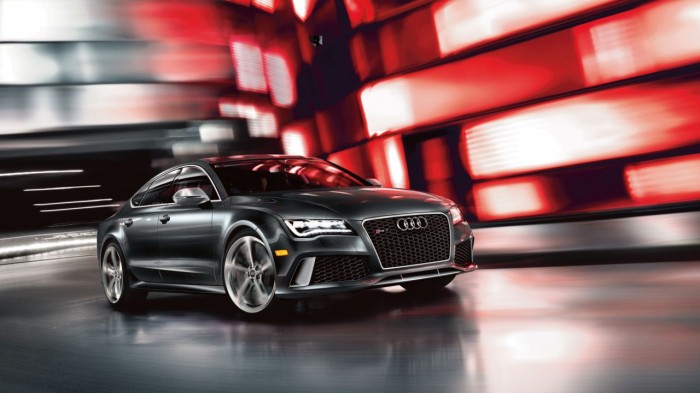 The 2014 Audi RS 7 is a brand-new offering from the German automaker, and we’re not sure whether it is a sedan or a super car, so we’ll assume its somewhere in between. The 2014 Audi RS 7 projects an aggressive stance to match its immense performance through standard 20-inch wheels, full LED exterior lighting, and an adaptive air suspension that perfectly lowers the RS 7.

Despite the 2014 Audi RS 7’s almost gaudy performance figures, it still does reasonably well at the pumps. The high-performing V8 manages to return 16 mpg city and 27 mpg highway.

The 2014 RS 7 has an interior that delivers what drivers have come to expect with a touch of attitude. RS 7-specific carbon fiber inlays, black-faced gauges with red needles, and unique LED ambient lighting give the cabin a track-ready feel.