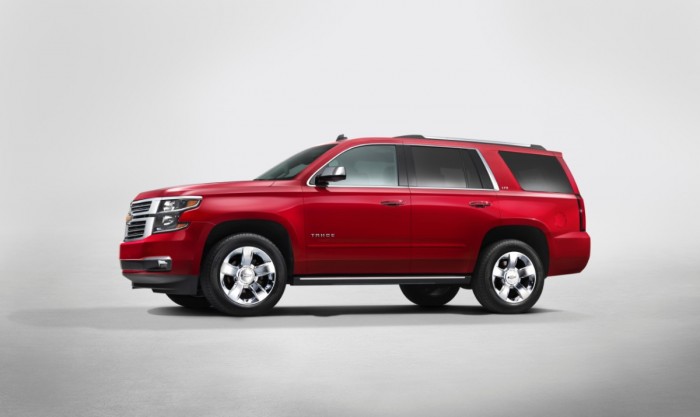 The Chevy Tahoe has been fully redesigned for 2015. An integrated fold-flat third-row seat, updated exterior styling, a quieter interior featuring high quality materials, and improved fuel economy are some of the highlights.

The Chevy Tahoe is a full-size SUV with serious capability. Its exterior design has been refreshed, but still bears the square lines and bold front fascia we love. Its handsome truck styling combined with luxury accommodations make it a top pick for anyone in the market for a large SUV.

The 2015 Chevrolet Tahoe comes standard with a 5.3-liter V8 engine that puts out 355 hp and 383 lb-ft of torque. Buyers can choose from either a 2WD or 4WD option. The 4WD Tahoe comes with a two-speed transfer case with low-range gearing.

When properly equipped, the maximum tow rating for the 2WD Tahoe is 8,600 pounds, and 8,400 pounds for 4WD models. 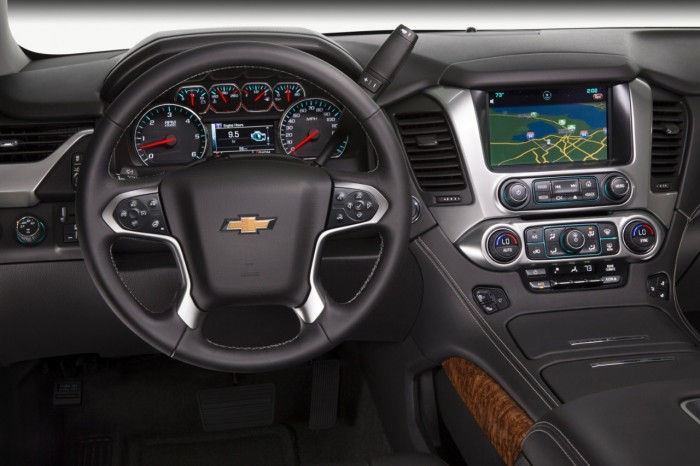 The refreshed interior of the 2015 Chevy Tahoe features high-quality materials, clean design, and impressive technology. The central information display is intuitive and easy to navigate. Both the standard 4.2-inch and optional 8-inch infotainment system displays are functional and feature appealing graphics.

With a maximum cargo capacity of 94.7 cubic feet (with the second and third row seats folded down), there is no shortage of space. The Tahoe features a number of available seating configurations, providing seating for up to nine people across three rows. The third row features a new fold-flat function for the third row in an effort to eliminate the inconvenience of removing the entire row. 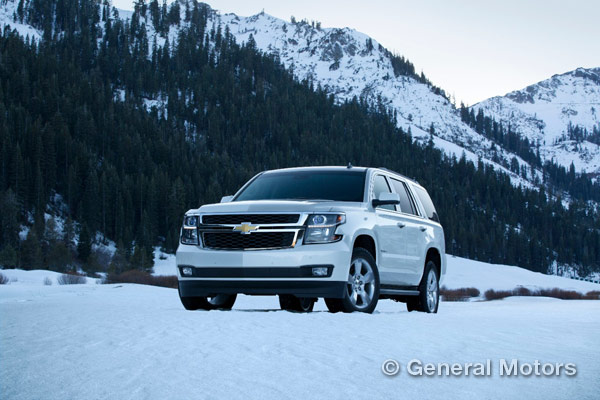