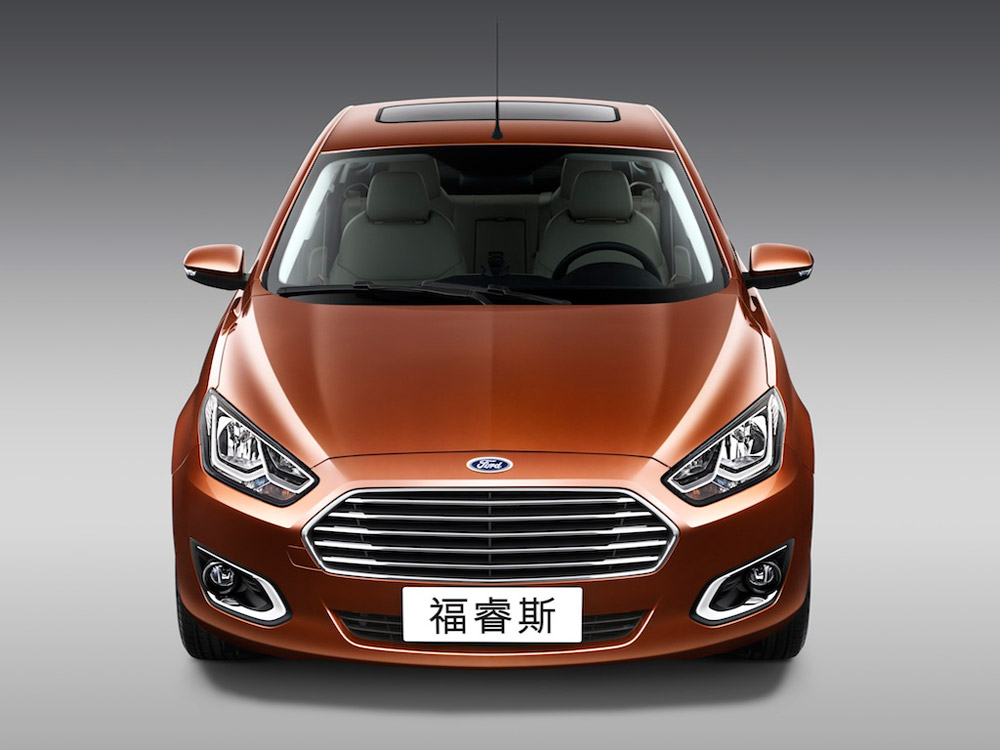 Ford intends to launch 15 new vehicles in China by the time 2015 rolls around, and there are few better places to start than with the announcement of the all-new 2015 Ford Escort at this week’s Auto China 2014 expo.

“We are committed to delivering on Henry Ford’s promise to open the highways to all mankind,” said Alan Mulally, president and CEO, Ford Motor Company. “As we are demonstrating here today, that promise means delivering a full family of quality, fuel efficient, safe and smart vehicles to our customers in China.”

The 2015 Ford Escort is aimed at meeting the needs of Chinese drivers in need of a reliable and stylish compact car. The Escort is said to have an “unpretentious” exterior, a spacious interior, and a wealth of forward-thinking technological and safety features.

One of which is the Device Dock, which makes storing, mounting, and charging smartphones and MP3 players a snap. Get it? Because you can snap your phone into…ah, you get it.

As Jalopnik pointed out, the 2015 Ford Escort has a neat little feature that few might ever notice: chrome detailing in the headlamps that suggest the number eight (八 or bā), which is considered a lucky number in Chinese culture.

RELATED: Ford Sales in Europe on the Rise

In addition to showing off the all-new 2015 Ford Escort, the 2015 Mustang made its debut in China at last—appropriately enough, during the Year of the Horse. Ford also brought its Everest Concept, which was just in Thailand last month for the Bangkok International Auto Show.

Who among you would like to see the Escort namebadge revived here in the United States? Speak up and be counted!