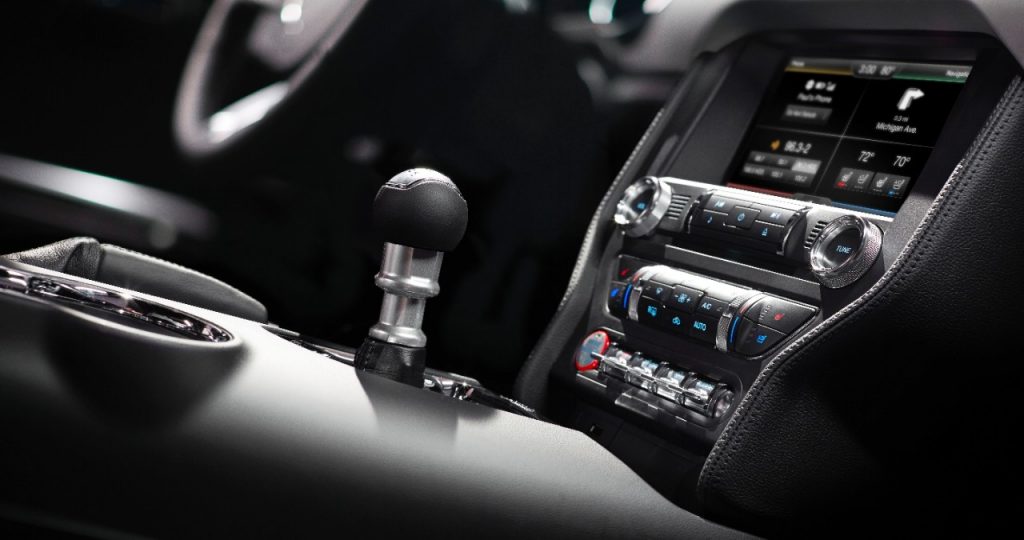 Ford has announced that when its hotly-anticipated 2015 Mustang hits dealerships later this year, its aesthetics and performance will not be the only aspect receiving a considerable upgrade: the next-gen pony car will host the next generation of SYNC Applink, which promises to allow drivers better access to all of the necessary mobile apps that keep them moving on a daily basis.

The 2015 Ford Mustang will be the first model in North America to feature the newly-updated infotainment system, which promises to feature improved UI and voice control amidst a plethora of all-new features.

“Ford led the industry in giving drivers the ability to control their smartphone apps on the go with the introduction of SYNC AppLink in 2010,” said Raj Nair, Ford group vice president, global product development, in the automaker’s official press release.  “We are now making the in-vehicle app experience simpler and more intuitive to further help drivers keep their hands on the wheel and eyes on the road.”

New functions of the next generation of SYNC Applink include the following:

The 2015 Mustang, which is the most technologically advanced iteration of the iconic pony car in all of its 50 years, is the official car at this week’s Consumer Electronics Show (CES) in Las Vegas.  For more news on the Mustang and from CES, keep it locked on The News Wheel!