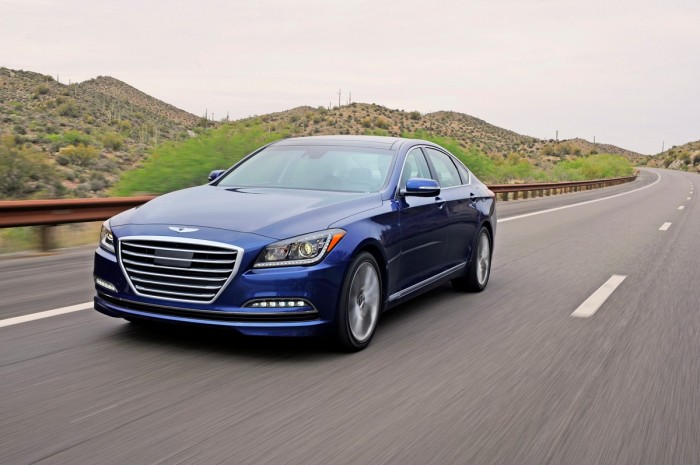 “A sport sedan like the 2015 Hyundai Genesis is attractive to drivers who want a family car but don’t want to sacrifice on style and performance,” said Nick Palermo, GAAMA president. “The Genesis earned its place as 2014 Top Family Choice by exceeding expectations. Although the previous-generation Genesis sedan is an impressive car, this new model again raises the bar for both Hyundai and its competitors. Families looking for accessible luxury should add the 2015 Genesis to their short lists.”

The 2015 Hyundai Genesis is featured above the Hyundai Club at Globe Life Park.

“It’s an honor to receive the award for Top Family Choice for the 2015 Genesis,” commented Mike O’Brien, vice president, Corporate and Product Planning, Hyundai Motor America. “GAAMA is full of exceptional automotive media and this accolade proves that the all-new Genesis has what it takes to succeed in a very competitive market.”

The Genesis was also just named the Car of Texas by the Texas Auto Writers Association.