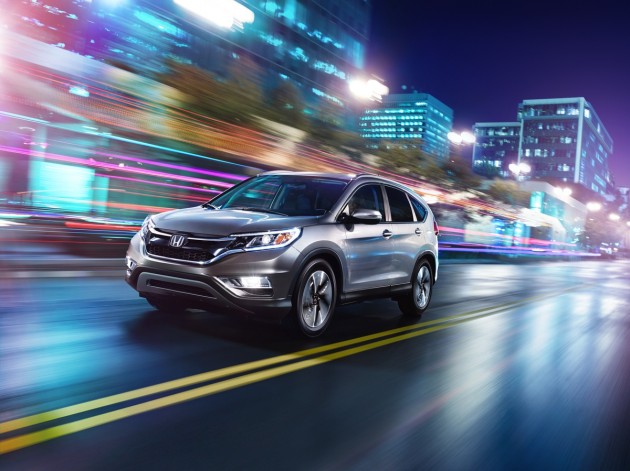 The new 2015 Honda CR-V goes on sale tomorrow, Wednesday, October 1, 2014, and today the automaker is touting this most recent iteration of America’s best-selling SUV for the past decade as “the most significant mid-model cycle refresh in [the CR-V’s] history.” New for 2015, the CR-V is now boasting a direct-injected engine with CVT that yields greater torque and fuel efficiency, a modestly redesigned exterior, improvements to the chassis and braking system, greater sound isolation, and a whole boatload of newly standard and new available features. 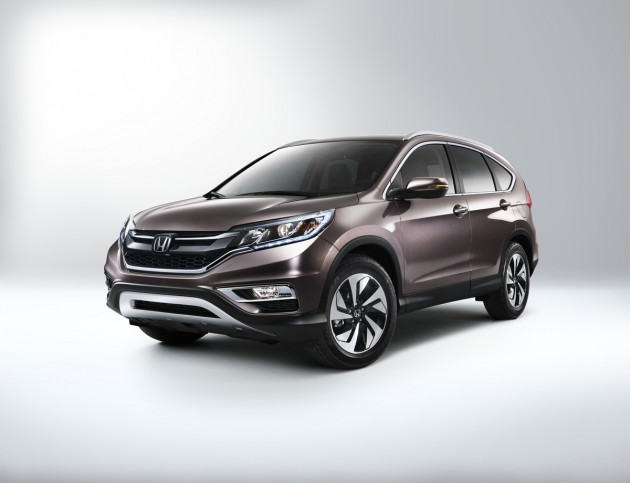 A bolder front-end for the 2015 model

As we noted a week ago when Honda released the first official images of the 2015 CR-V, the SUV’s grille now has one bar instead of two. That’s part of an overall slimmer appearance, which is accompanied by thinner revised headlights, a reshaped front bumper and new fog lamps, all of which combine for a bolder look. 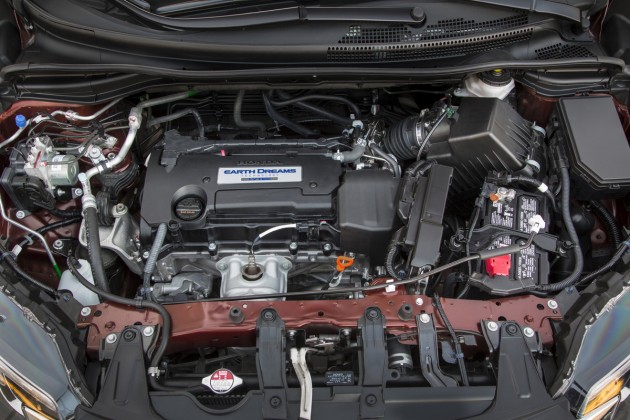 The most significant change to the 2015 CR-V is the new powertrain, which it cribs from the Honda Accord. The new four-cylinder, direct-injected Earth Dreams Technology (yes, they’re still calling it that) i-VTEC engine makes the same 185 horsepower as its predecessor, but increases torque output by 11 percent, to 181 lb-ft. That new engine is paired with a new Continuously Variable Transmission (CVT) with G-design Shift, which provides smoother ratio changes and also helps with fuel economy. New chassis settings lead to improved, car-like handling, but any customers who are looking for a high-performance SUV driving experience should keep looking. 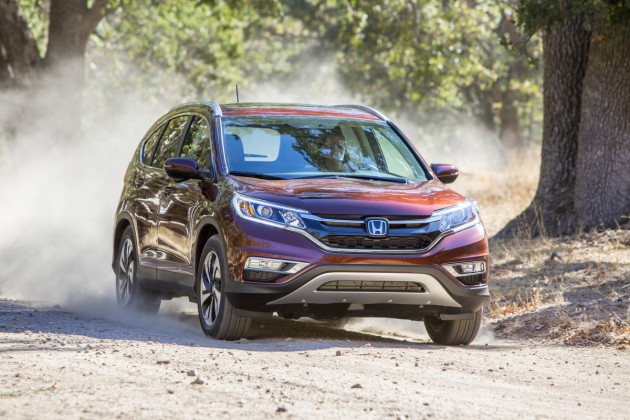 This will probably prove to be the biggest selling point for customers, as the 2015 Honda CR-V’s fuel efficiency ratings improve to 27/34/29 mpg for city/highway/combined driving for front-wheel models. All-wheel-drive CR-Vs produce a slightly lower slash line of 26/33/28 mpg. In both cases, that’s a 4/3/3 mpg increase over the CR-V’s 2014 counterparts. 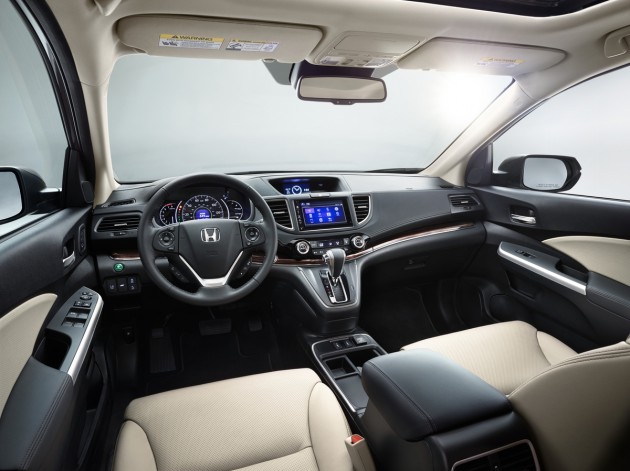 A quieter cabin is found in the 2015 CR-V, and it receives some mild interior styling upgrades, along with a new center console armrest, sliding sun visors, and rear console ventilation ducts. Those changes are standard across the lineup, but moving up the trim ladder gets you new available features which include 7-inch Display Audio and a 10-way power and heated driver’s seat with memory. 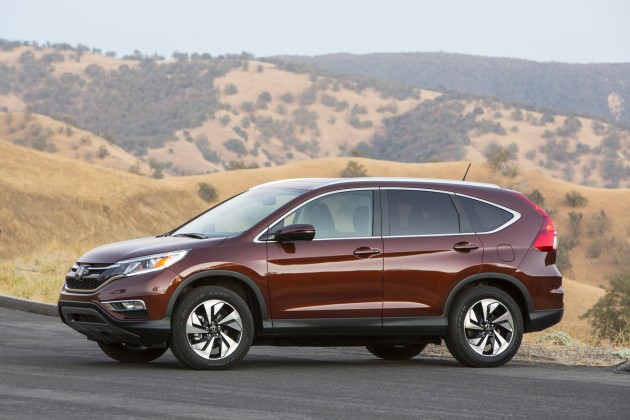