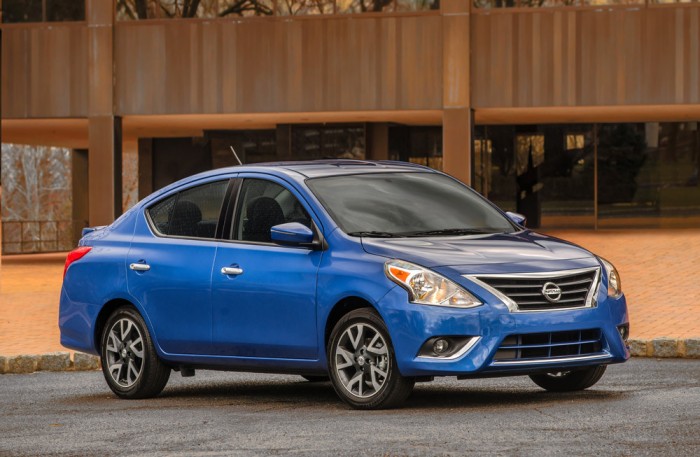 The all-new 2015 Nissan Versa Sedan will make its debut this week.

Ahead of its unveiling at the New York Auto Show, Nissan released photos and specs for the all-new 2015 Nissan Versa sedan. The Versa sedan, which has been the best-selling subcompact vehicle for four years in a row, is set to debut on April 16th, the very same day it will arrive at dealerships across the country.

New updates for the 2015 model include interior refreshments, new fascias (both front rear), and an entirely new grade level and packaging content.

New exterior upgrades for the Versa sedan include updated mirror designs for the SV and SL trims; the SL even gets integrated turn signals. Also included are a new fog light finisher design and a rear fascia that is “more dynamic.” Drivers who go with the SV model will see the addition of a Versa sedan-exclusive 15-inch V-spoke aluminum-alloy wheel design. The front end of the 2015 Nissan Versa sedan is marked by larger headlights, a bolder fascia, and chrome plating on the grille (standard this time around).

The interior also benefits from the 2015 treatment. A revised meter display with white LED display, as well as a more substantial steering wheel that includes controls for audio and the Bluetooth® Hands-free Phone System, have made their way into the cabin. They join a new center stack shape, which resembles the one drivers of the Versa Note have come to love. Interior volume measures in at 90.2 cubic feet; trunk volume comes in at 14.9 cubic feet. 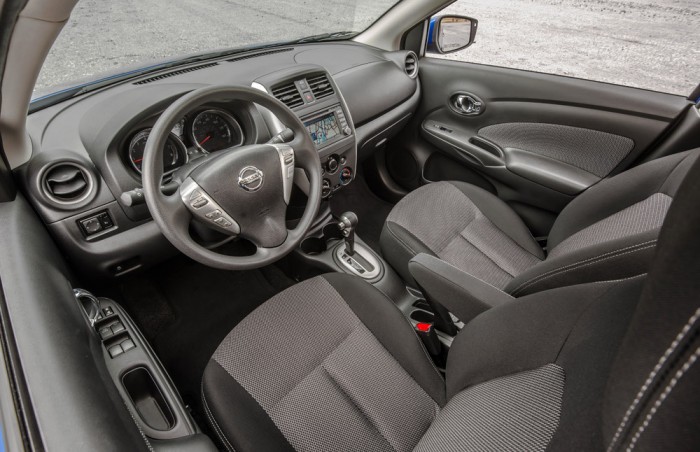 The S and S Plus grades get a wide AM/FM/CD audio system with auxiliary-in, as well as Radio Data System. These trims also boast a passenger-side vanity mirror, all-new seat fabric, and standard assist grips. Meanwhile, opting for the SL Technology Package will get drivers the NissanConnect℠ with Navigation and Mobile Apps system. This innovative piece of tech features a 5.8-inch color touch screen display, along with SiriusXM Traffic and SiriusXM Travel Link (although drivers will have to shell out for a subscription). The package also includes Nissan Voice Recognition for audio and navigation.

Be sure to check in during the New York Auto Show this week for more information.