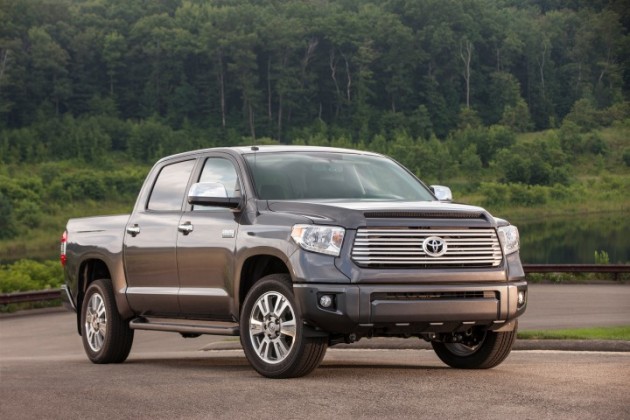 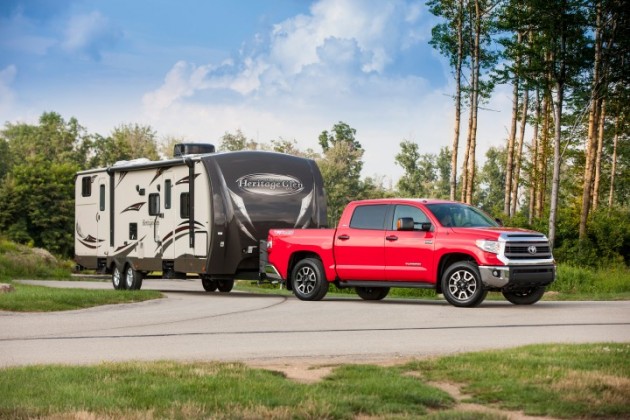 On the outside, the 2015 Tundra looks unmistakably like a powerful truck—which is exactly what it is. Choose from three cab configurations—regular, which seats three; Double, which can seat six; and CrewCab, which also seats sit albeit with a little more room. The Regular and Double Cab models come with either a 6.5-foot or an 8.1-foot bed, making them perfect for hauling larger items. The CrewCab has a standard 5.5-foot bed. 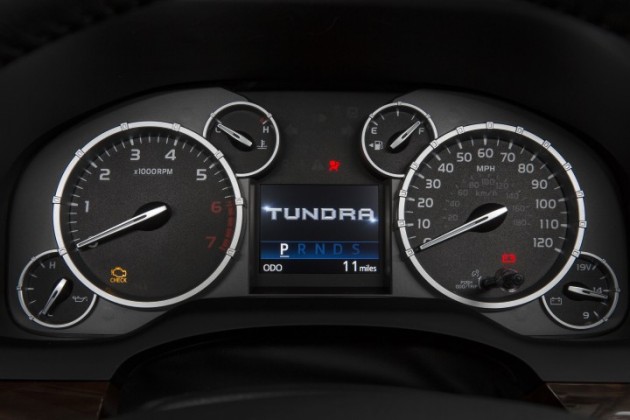 For 2015, Toyota has ditched the previous 4.0-liter V6 engine that used to be the standard in the Tundra. Now, the Tundra is powered by a standard 4.6-liter V8, which is good for 310 horsepower and 327 lb-ft of torque. Those who want squeeze more power from their trucks can choose a 5.7-liter V8, which makes 381 horsepower and 401 lb-ft of torque. When properly equipped, the 2015 Tundra can haul up to 10,500 pounds (in fact, just a couple of years ago a Tundra pulled the Space Shuttle Endeavour to its new home at the California Science Center, and now sits proudly on display beside the shuttle). 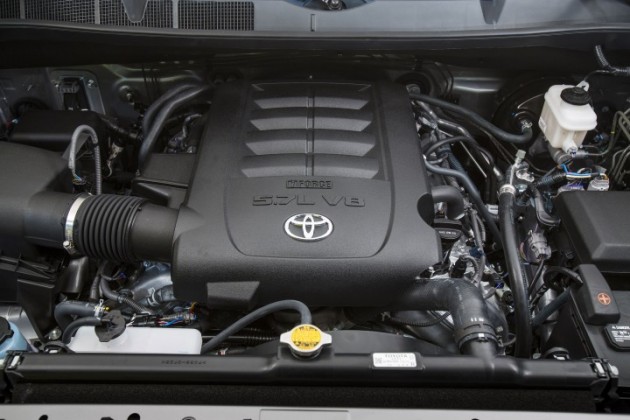 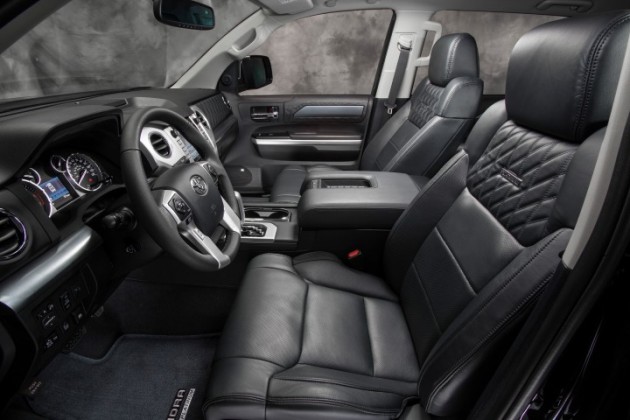 As with most trucks, the inside of the 2015 Toyota Tundra can be as basic or as luxurious as your circumstances require. Even in its most basic form, the Tundra offers standard features like manual air conditioning, an integrated backup camera, Entune™ Audio, cruise control, and power windows. As you move up trim levels, you’ll find additional features like dual-zone automatic climate control, a premium audio system, leather-trimmed front and rear seats, heated and ventilated front seats, and an auto-dimming rearview mirror. 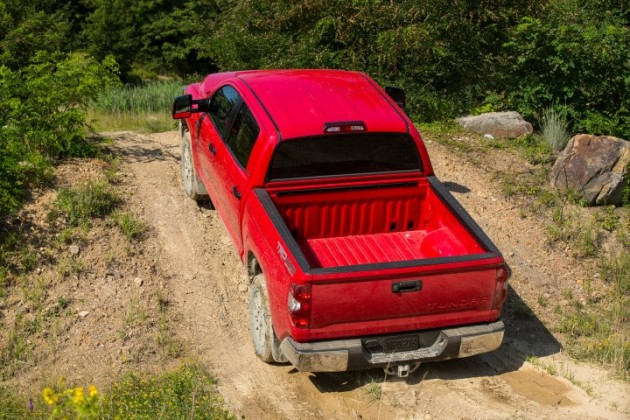 Every 2015 Toyota Tundra model is equipped with driver, passenger, and side airbags; 4-wheel ABS; electronic stability control; traction control; and daytime running lights. Available extras include rear parking sensors, blind spot monitoring, and rear cross traffic alert. Although the Tundra has not yet been crash-tested for 2015, the 2014 model received top marks in each test from the Insurance Institute for Highway Safety (IIHS), and is expected to perform similarly for this model year.