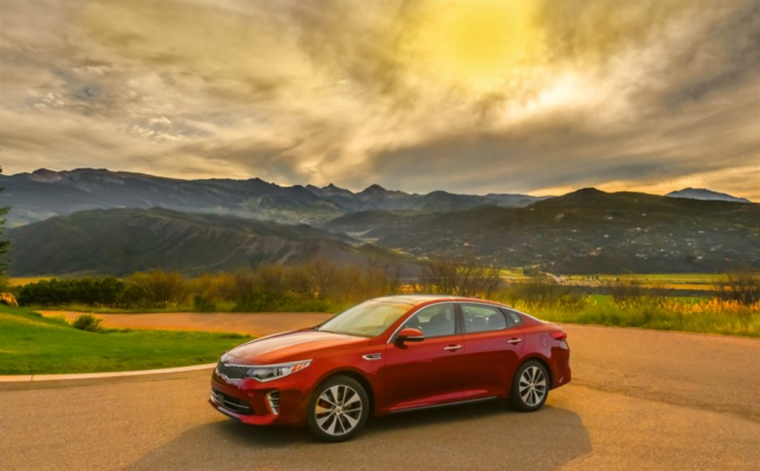 Kia has officially established itself as a global brand. As part of the 2015 LA Auto Show earlier this week, Road & Travel Magazine has named its 2016 International Car of the Year—and it’s the 2016 Kia Optima.

This is the fourth year in a row Kia has earned the title of the prestigious International Car of the Year. In 2015, the Kia K900 was named, while the Cadenza and previous-generation Optima were recognized in 2014 and 2013 respectively.

But that’s not all—Kia also earned the title of International SUV of the Year, thanks to the 2016 Sorento.

The International SUV of the Year: Learn more about the 2016 Kia Sorento

Both of the award-winning Kia models were praised for their long lists of available features and unbeatable powertrain options. The 2016 Optima has been updated this year with a more aggressive design, and now offers even more value than it has before. For the 2016 model year, the Sorento also has seen some changes, but it was honored mostly for its all-wheel-drive system, extensive safety features, and high-end amenities, which are available at a low price.

This is Road & Travel Magazine’s 20th anniversary of its “Of the Year” awards. To determine the winners of each award, the jurors examine each candidate’s style, comfort, and performance. They also take each brand’s marketing efforts into consideration. The jury for these awards consists of nationally renowned automotive journalists from a variety of publications, including Consumer Guide Automotive, MSN Autos, New Car News Syndicate, and Road & Travel Magazine.