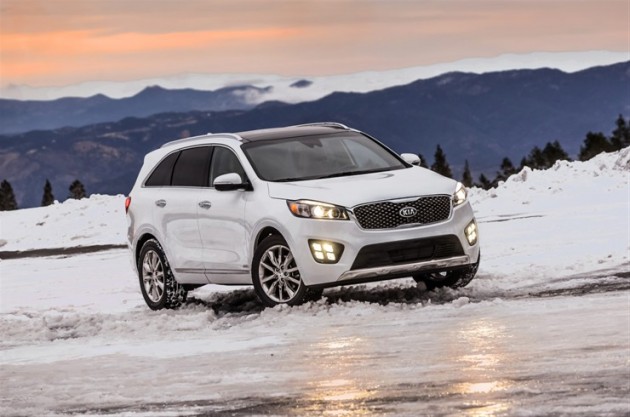 The 2016 Kia Sorento was named a Consumer Reports Top Pick

The automotive industry is ready for a change—and that’s where the 2016 Kia Sorento comes in. This capable and safe SUV is one of the best options in its segment, and it looks like Consumer Reports agrees. Consumer Reports recently named the Kia Sorento a 2016 Top Pick for the mid-size SUV segment.

To become a Consumer Reports Top Pick, a vehicle must offer a smooth driving experience, have a long history of reliability, offer a variety of safety features—along with top safety ratings—and, lastly, it needs to make its owners happy. This year’s choices were chosen from a group of 260 vehicles. Each of these vehicles was tested in 10 categories, allowing the editors of Consumer Reports to narrow down each segment until they had a winner.

The Kia Sorento easily came out on top as the best mid-sized SUV thanks to its powerful engine. It is also was recently given a five-star safety rating from the National Highway Traffic Safety Administration (NHTSA), which makes it top-notch when it comes to safety. As if these features weren’t enough, it is also considered highly reliable.

It’s really no surprise that it was named the Consumer Reports 2016 Top Pick for mid-sized SUVs. After all, it is the Canadian Car of the Year.