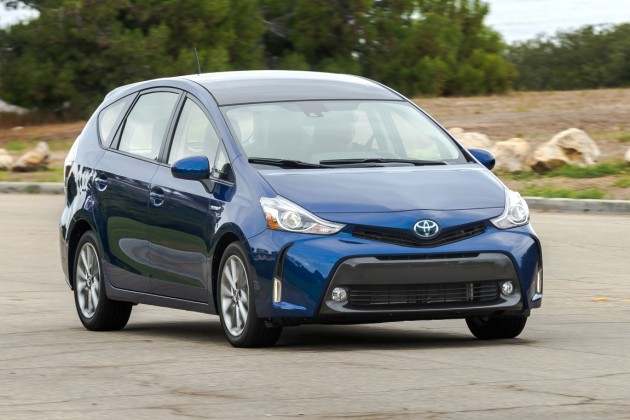 For drivers who like the idea of owning a Prius but want more space than the hybrid provides, the 2016 Toyota Prius v is the ideal compromise. Its wagon shape allows for plenty of cargo and passenger space, while its hybrid engine returns outstanding fuel efficiency numbers that’ll help ease the burden on any parent’s wallet.

For 2016, Toyota is offering the Prius v in four trim levels: Two, Three, Four, and Five. 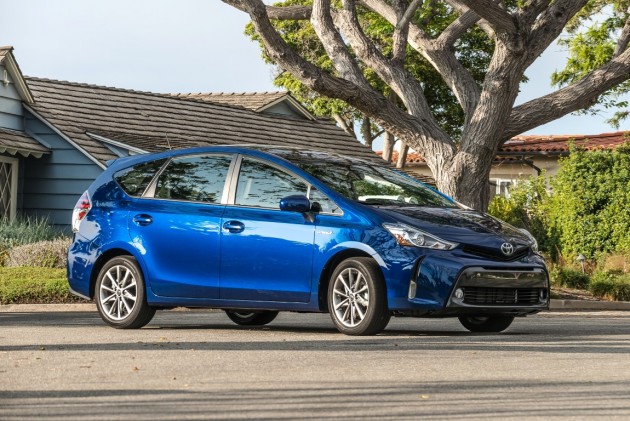 The 2016 Prius v mixes the unique shape of the Prius with the size and stance of a larger wagon. The entire body has been designed to be as aerodynamic as possible, from the wheels and wheel covers to the rear spoiler. Toyota refreshed the Prius v’s style in 2015 to include a new front and rear end, and these changes carry over into the new model year.

All models get heated side mirrors to help with visibility in colder climes. Additionally, all models have projector-beam headlights, with higher trim levels getting an auto-on/off feature. 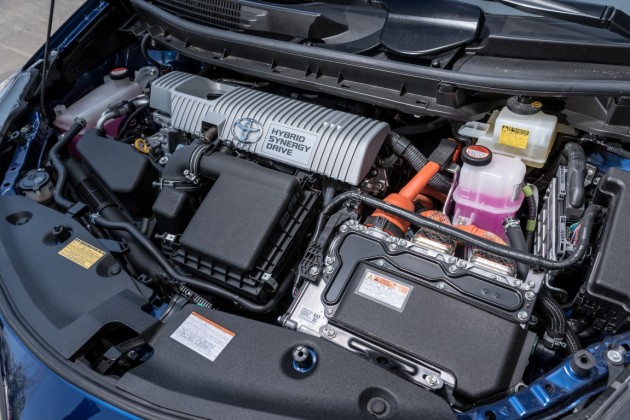 If you’re looking for fast acceleration and high speeds, the Prius v probably isn’t your cup of tea. Then again, if you want these things in a car, you’re probably researching an entirely different model. The 2016 Prius v’s 98-horsepower 1.8-liter aluminum DOHC engine is paired with an ECTV hybrid system and can produce just 105 lb-ft of torque. Unsurprisingly, it takes more than 10 seconds for the wagon to reach speeds north of 60 mph—but, then again, you’re hardly likely to be drag racing in this model, so these numbers aren’t particularly troublesome. 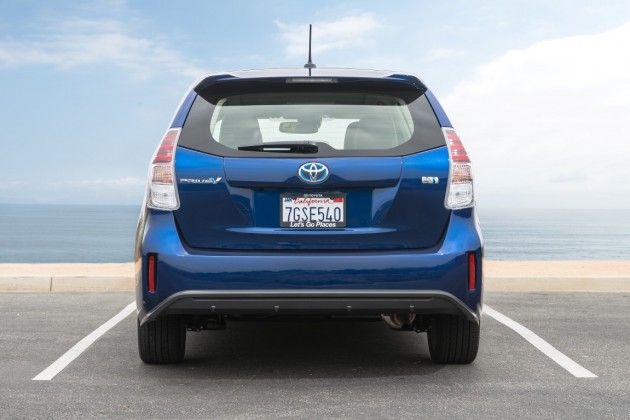 Now we get to the nitty gritty of what makes the 2016 Prius v so attractive to drivers: its fuel efficiency numbers. The wagon comes with an EPA-estimated 44 mpg in the city and 40 mpg on the highway, which makes 42 mpg combined. That’s considerably less than the 2015 Prius, which gets 50 mpg combined, but still much higher than non-hybrid wagons offering similar space and amenities. 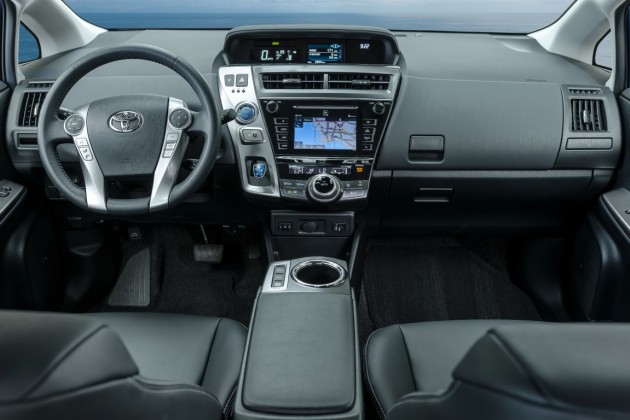 Space is the name of the game inside the 2016 Toyota Prius v. With the rear seats up, the wagon boasts 34.3 cubic feet of cargo space. Folding the rear seats down increases that number to 67.3 cubic feet. These numbers are comparable to most of the crossovers on the market—but when combined with the Prius v’s EPA ratings, it’s clear which vehicle has the advantage.

The cabin is easy to navigate, and there’s no shortage of impressive tech features. A 6.1-inch screen is standard, as are six speakers, and navigation is available as an option. 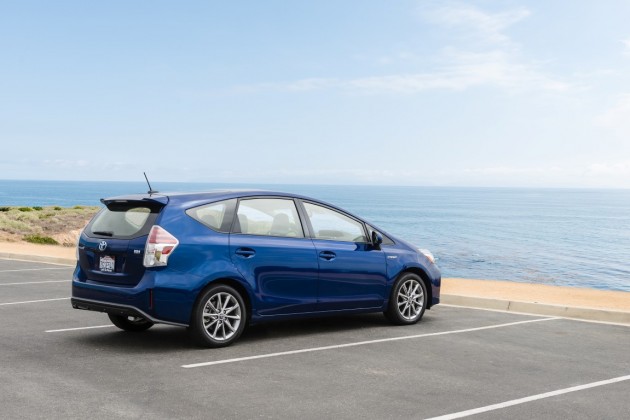 The 2016 Prius v prioritizes safety. A force-absorbing body structure helps protect occupants in case of a collision, as do the seven airbags. A pre-collision system is an optional extra, and retracts seatbelts and applies the brakes when a frontal crash is unavoidable. This system is paired with dynamic radar cruise control. Whether or not you opt for the extras, the Prius v is an exceptionally safe vehicle.