Did you know that Honda moved 357,335 units of its CR-V crossover in the United States last year? Well, if you answered no, then you’re probably not the only person who wasn’t aware, but what’s even more surprising is that Honda decided to completely redesign the CR-V from the ground up despite those strong sales. While the previous model was known for its reliability and excellent value, the updated version is longer, wider, and also offers a new turbocharged engine. The 2017 Honda CR-V competes for sales with the Toyota RAV4, Nissan Rogue, and Ford Escape. 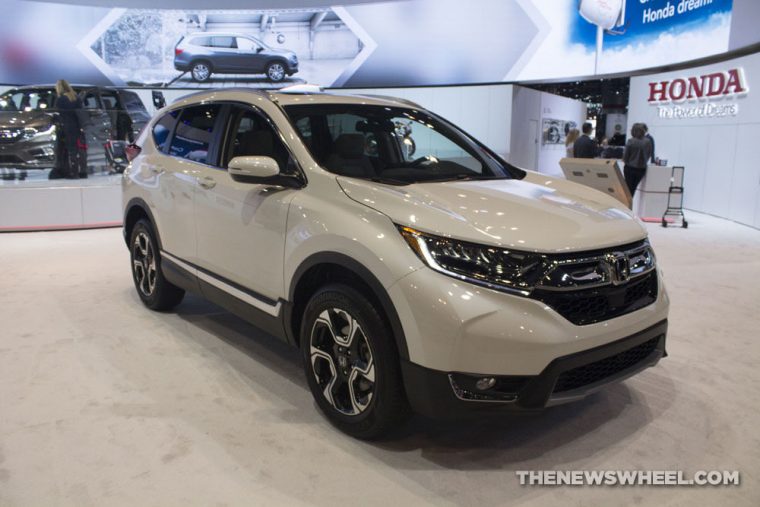 As we’ve already mentioned, the Honda CR-V has been completely redesigned for the 2017 model year. Its ground clearance has increased by 1.5 inches and its wheelbase is also longer than the previous model. What’s more, the CR-V is now available with the turbo engine that made its debut in the tenth-generation Honda Civic. 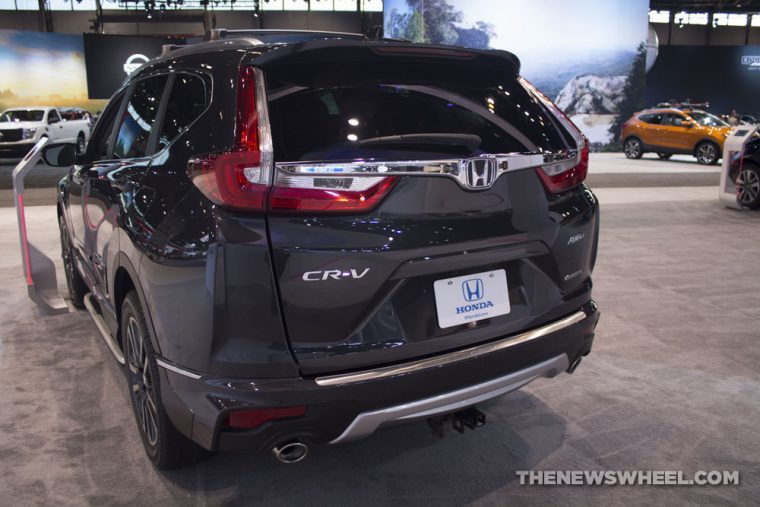 The 2017 Honda CR-V features a more aggressive and attractive exterior than the model it replaced. Some of the notable changes made to the CR-V include an updated rear window design and unique LED taillights that are sure to attract attention wherever this crossover is spotted. Furthermore, the vehicle wears an active shutter grille, which helps air flow around the front fascia and also helps improve fuel economy. Standard equipment for the entry-level CR-V includes 16-inch styled steel wheels and halogen headlights, but if you opt for the range-topping Touring model, then your new CR-V will also get roof rails, LED headlights, and dual chrome exhaust tips. 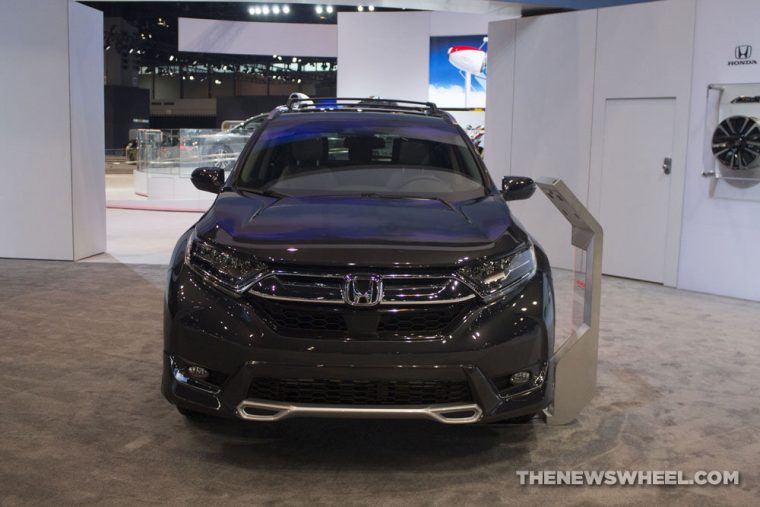 Even though the 2017 Honda CR-V is available with a new turbo engine, the base LX trim still comes with the 2.4-liter naturally-aspirated four-cylinder that came with the 2016 CR-V. That motor is rated at 185 horsepower and 181 lb-ft of torque, but motorists craving more power need only step up to the EX trim in order to get the new 1.5-liter turbocharged four-cylinder engine that’s good for 190 horsepower and 179 lb-ft of torque. This turbocharged engine provides the Honda CR-V with increased fuel economy and better acceleration, even though it doesn’t propel the CR-V forward as quickly as it does the smaller Civic, which is obviously due to the CR-V’s increased weight. It should also be mentioned that buyers have the choice between front-wheel and all-wheel drive. 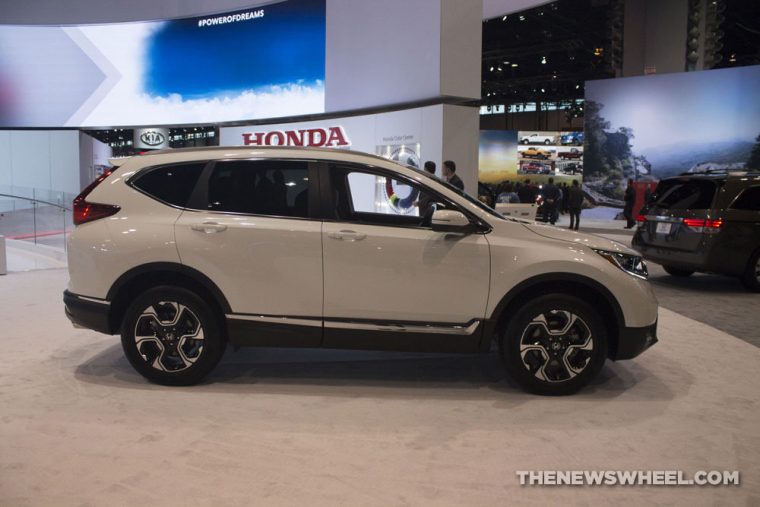 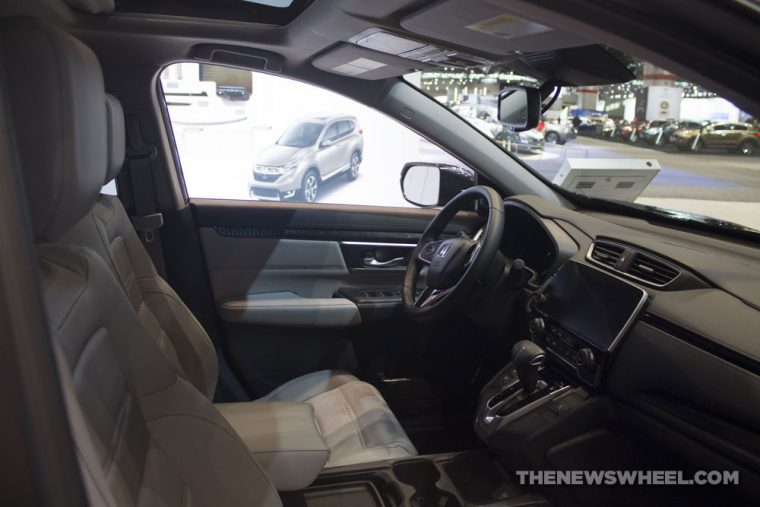 While much of the talk surrounding the redesigned Honda CR-V has focused on its aggressive new look and available turbo engine, the cabin has also received a substantial makeover, providing more rear legroom and a quieter ride thanks to the use of more sound deadening materials. In addition, even the affordable LX model comes standard with notable features like a four-speaker audio system, air conditioning, and Pandora compatibility. However, those consumers with deep enough pockets for the higher level trims can get more advanced equipment like heated front seats, a leather-wrapped steering wheel, a navigation system, and seven-inch touchscreen, which is compatible with Android Auto and Apple CarPlay. 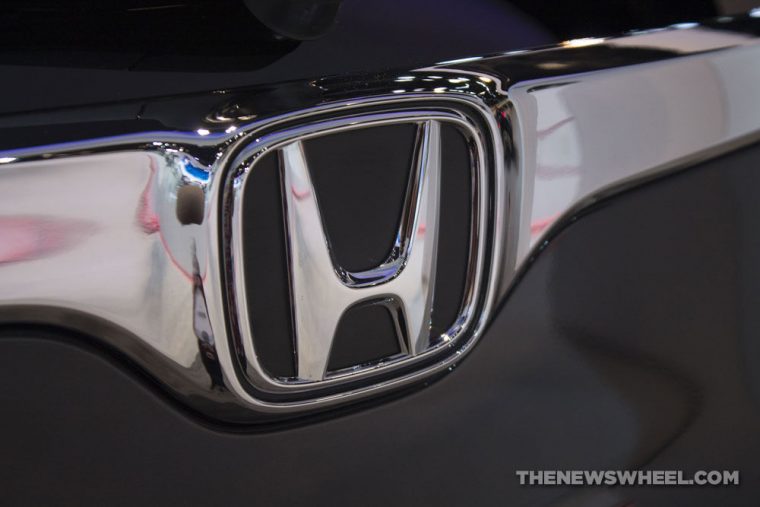 The Insurance Institute for Highway Safety (IIHS) recently announced that the 2017 Honda CR-V earned its best possible rating of Top Safety Pick+. To get this rating, the new Honda CR-V had to pick up a “Good” rating in each of the agency’s five crash worthiness tests, as well as earn at least an “Advanced” rating for its available front crash prevention system and an “Acceptable” score for its headlights. The 2017 CR-V met all of those criteria thanks to its sturdy design, available forward collision warning system, and LED headlights.