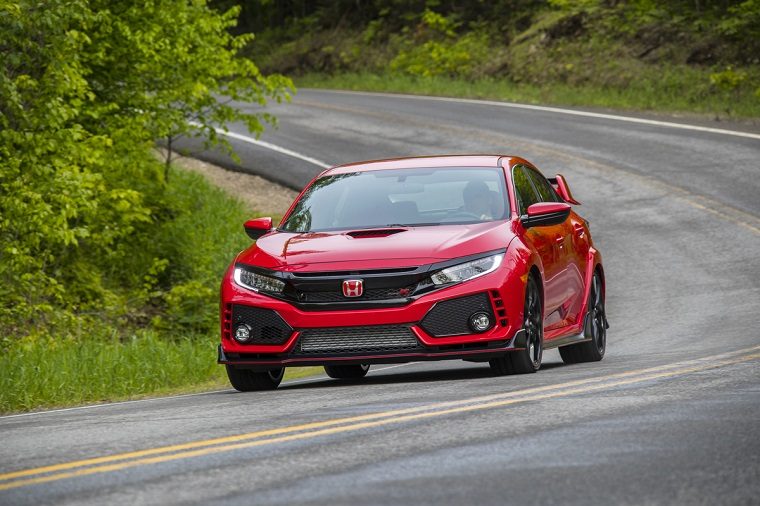 The 2018 Honda Civic Type R may be the most anticipated new car in the Honda lineup—and it just went on sale at the start of this month. After the 2017 model was launched in June on a limited production basis, the 2018 model marks the first Civic Type R ever sold in America following years of clamoring by performance enthusiasts who didn’t want people living in Europe and Asia to get all the fun.

The car starts at $34,100 (or $34,990 with destination and other charges included) and comes with a powerful 2.0-liter DOHC direct-injected VTEC turbo four-cylinder engine that produces 306 horsepower and 295 lb-ft of torque—making the Civic Type R the most powerful Honda the automaker has ever sold in the United States.

Half Measures: The Honda Civic Si is like the baby Type R

It will be available only in a single trim, so choosing what you want is as straightforward as can be. All Civic Type R models come with a short-throw six-speed manual, an Adaptive Damper System, a limited slip differential, and a clever dual-axis strut front suspension that Honda claims “virtually eliminates torque steer.”

The Adaptive Damper System is probably the most interesting feature: it continually adjusts damping force at all four wheels and can adjust damper and throttle response, as well as steering assist, based on the driving mode selected (comfort, sport, and +R).

Apple CarPlay and Android Auto, a satellite-linked navigation system with voice recognition, and various safety technologies such as traction and stability control, four-channel ABS, and a multi-angle rearview camera with guidelines.

Buy or Lease? What’s the better deal on a new Honda?