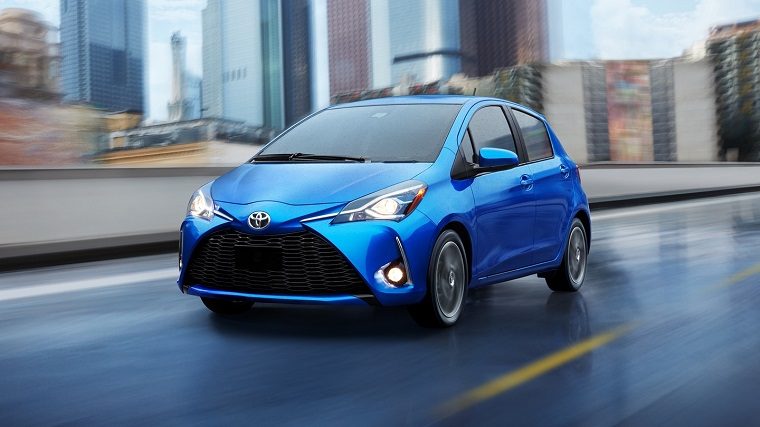 The 2018 Toyota Yaris is an inexpensive three- or five-door subcompact hatchback that makes many compelling arguments when compared to its primary competition, such as the Honda Fit or Nissan Versa. Not only is it among the most stylish subcompacts available on the market, it also boasts a very low cost of ownership, strong resale value, two years of complimentary maintenance, good overall practicality, and a whole suite of safety technologies that none of its rivals offer. As affordable subcompacts go, it’s a bit of a no-brainer. 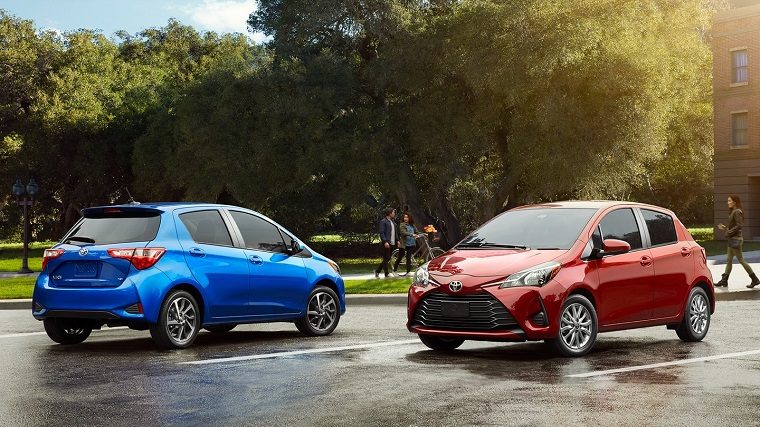 The 2018 Toyota Yaris is relatively unchanged for the new model year, with only some minor exterior and interior visual tune-ups of note. 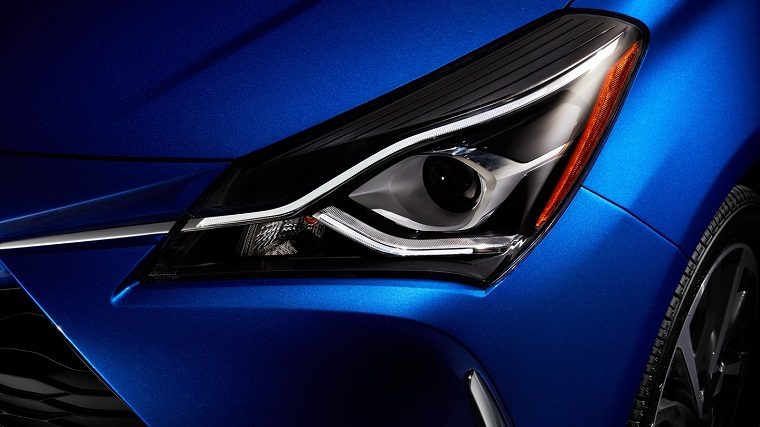 The 2018 Toyota Yaris boasts the same small dimensions whether in three-door or five-door form, so unless you are expecting regular passengers in your rear seat and value better access to it, you will probably be better off choosing the sportier three-door model. For 2018, the Toyota Yaris gets a new upturned nose that meshes well with the car’s tidy proportions and low-to-the-ground stance. With the two-tone paint choices in particular, the Toyota Yaris proves to be an especially stylish hatchback.

Exterior available on LE (adds to or replaces features on L):

Exterior available on SE (adds to or replaces features on LE): 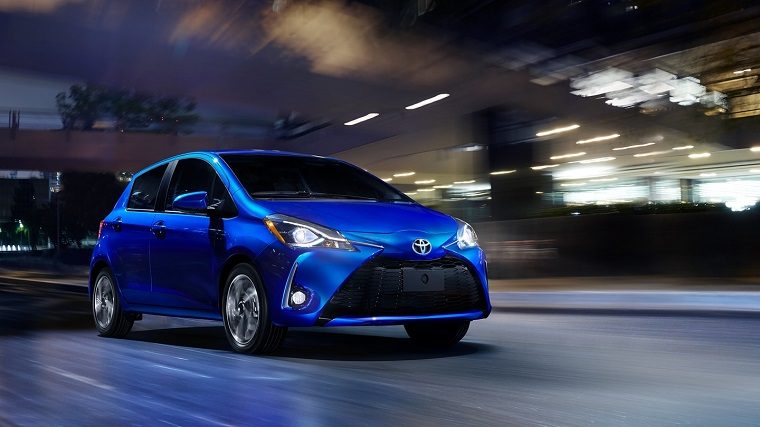 All 2018 Toyota Yaris models are powered by a 1.5-liter inline four-cylinder engine that makes 106 horsepower and 103 lb-ft of torque. Power is set to the front wheels via a five-speed manual or four-speed automatic transmission, making the Toyota Yaris feel a little dated compared to the more common six-speed automatics of the day. Still, the little car makes the most out of its powertrain, helped significantly by a very low curb weight (on par with the lightweight Mazda MX-5 roadster). 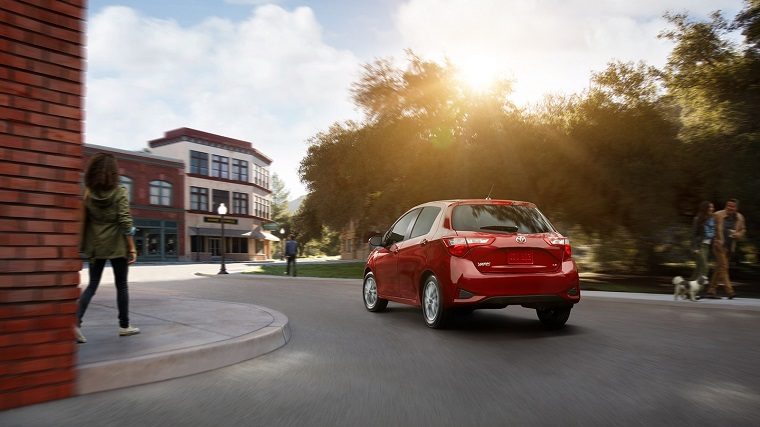 Most modern cars use turbochargers or transmissions with a million speeds to get the best fuel economy, but the 2018 Toyota Yaris, with its tiny engine and lightweight body, requires no fancy tools to achieve good efficiency metrics. It gets an EPA-estimated 30/36/33 MPG City/Highway/Combined with the five-speed manual and 30/35/32 MPG City/Highway/Combined with the four-speed automatic.* Note that it remains one of the few modern cars to get better mileage with the manual rather than with the automatic transmission. 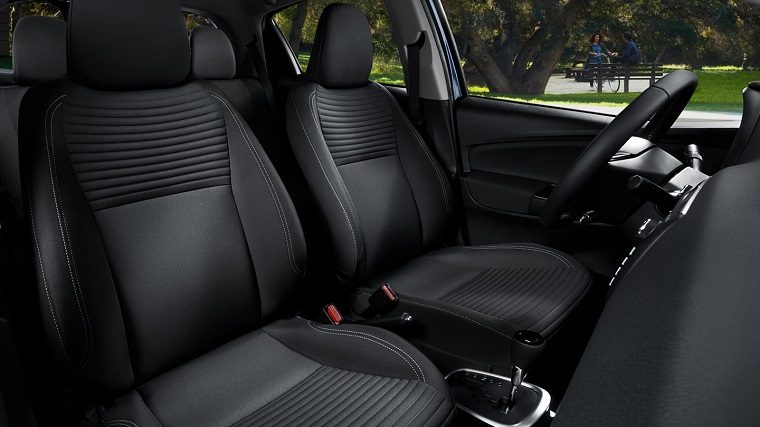 For a car with such a low starting price, the 2018 Toyota Yaris’ interior feels remarkably plush. The Japanese automaker has evidently gone to great lengths to make the Yaris feel grandiose, with many surfaces featuring a soft-touch finish and a clean dashboard design that perfectly integrates the Entune infotainment system. The front seats are decently comfortable and there’s a good amount of room in the cargo area, but any adult-sized passenger is going to feel cramped in the rear seat regardless of model.

Interior available on LE (adds to or replaces features on L):

Interior available on SE (adds to or replaces features on LE): 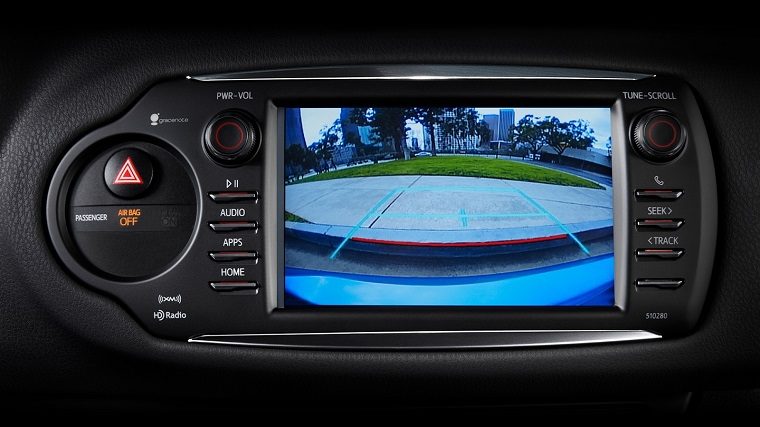 The 2018 Toyota  Yaris has earned the highest possible five-star score for overall safety in crash testing by the National Highway Traffic Safety Administration. Though the 2018 model has yet to be tested by the Insurance Institute for Highway Safety, the 2017 model earned the highest score of “good” in all of its crashworthiness evaluations, bar the difficult small overlap front crash test, for which it received a “moderate” grade.