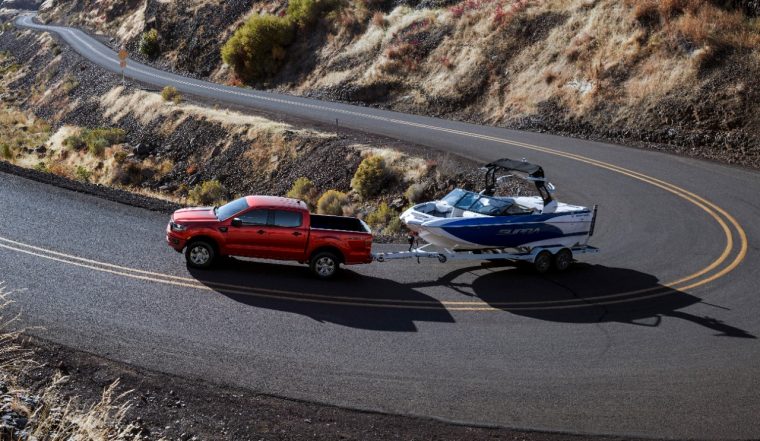 The 2019 Ford Ranger can tow boats. Can you tow a boat? No, because you are not a truck.

Y’all ready for this?

The 2019 Ford Ranger is inching ever closer—inching so steadily, in fact, that it may as well be using Trail Control to power its way through a dense, muddy wood. Though production of the Ford Ranger won’t kick off at Michigan Assembly Plant until a bit later this year, we now know a bit more of what it’s going to be bringing to the table — specifically, that it’ll offer best-in-class payload, towing, and gas torque.

“Think of Ranger as the biggest and most capable backpack for your gear,” says Rick Bolt, Ford Ranger chief engineer. “With 1,860 pounds of maximum payload, Ranger can haul nearly a ton of gear to enable your next adventure.”

The 2019 Ford Ranger will be powered by a capable 2.3-liter EcoBoost engine that puts out 270 horsepower and 310 lb-ft of torque. That’s more torque, by the way, than any midsize pickup truck on the market, including trucks powered by a V6.

That mighty, mighty EcoBoost will also allow the Ranger to out-tow any V6-powered midsize truck. When properly equipped with the available Trailer Tow Package and trailer brake controller, the 2019 Ranger delivers max conventional towing of up to 7,500 pounds. Imagine how many hamburgers you could put into a refrigerated trailer and take to a party with that kind of power. Is it weird that this is the first place my mind went?

The 2019 Ford Ranger should be arriving either by year’s end or early in 2019. Either way, y’all ready for this?

City Slickers, Take Heed: These sedans are ideal for your urban navigation needs 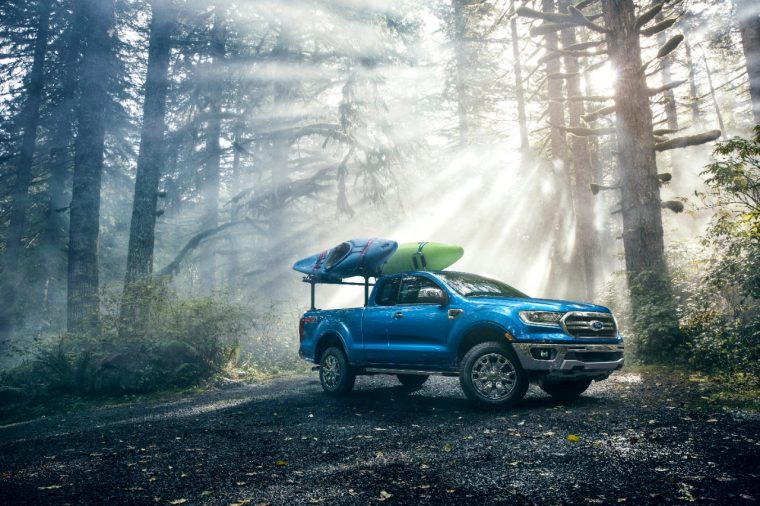