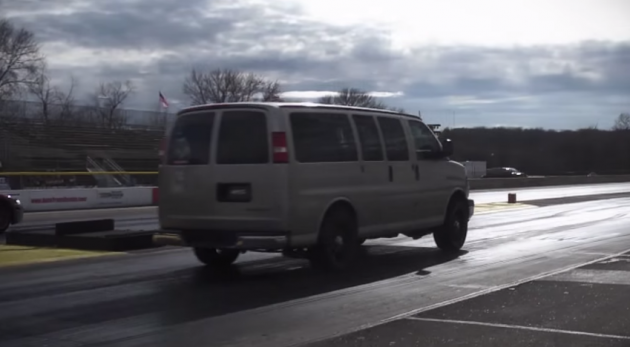 We’ve seen the mighty Corvette take on a Camaro, a Tesla Model S, and a Dodge Viper TA, and (spoiler alert) defeat all of them. So it’s a bit surprising that the Vette would finally be undone by the unlikeliest of challengers: an AWD Chevy Passenger Van.

Yes, a 700 horsepower AMS Express van absolutely destroys a Corvette ZR1 in this awesome drag race video, which is set to the tune of The A-Team theme song, because ’Murica:

Want to know more about this 6,000+ lb heavyweight champion of the racetrack? Learn everything you need to know about this badass Express by watching this video, which is set to Iron Maiden’s “The Evil that Men Do,” also because ’Murica:

Related info: City Express and Other Commercial Solutions from Chevrolet

This souped-up Express van is so awesome that it’s only a matter of time until people with gluten allergies start complaining about it.