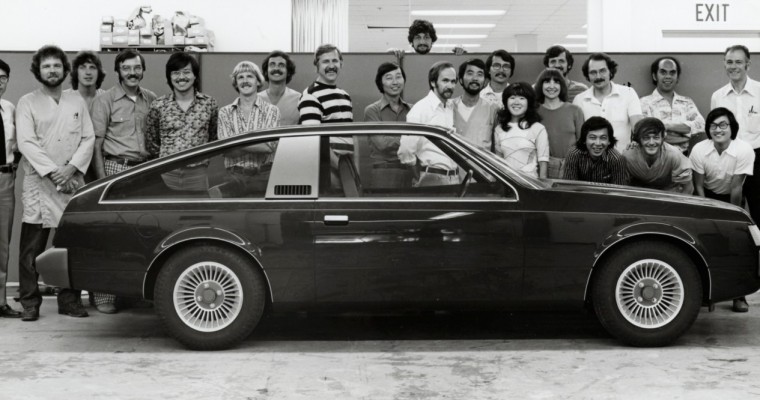 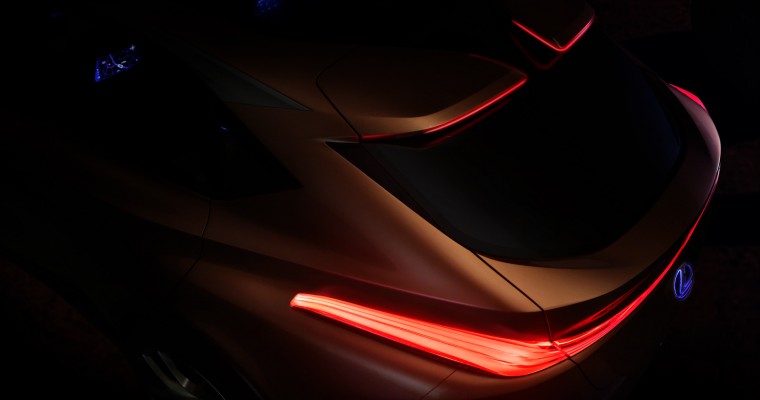 Lexus has a record of releasing visually intriguing concept cars that sport eye-grabbing designs, like the insane UX concept from last year and the futuristic LF-FC from the year before. Even its new Black Panther-inspired model is a sight to behold. So, of course we’re excited by the news that Lexus will be debuting another […]

Lexus LS 500h Becomes the Base for Autonomous TRI-P4 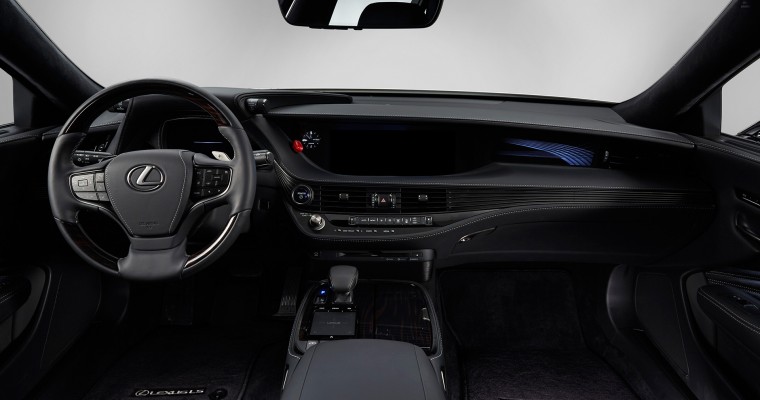 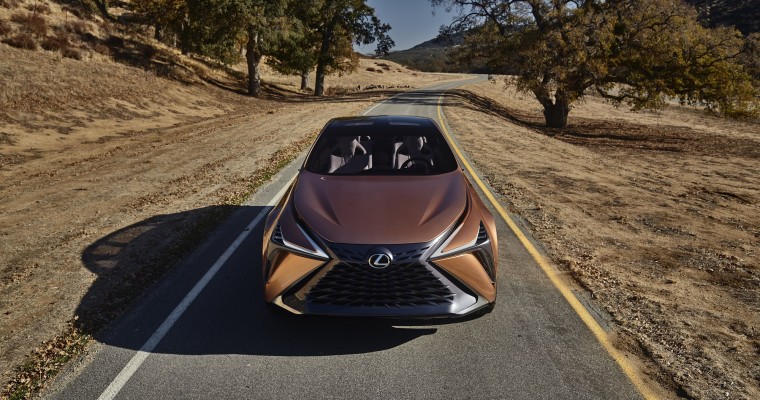 Lexus chose INTERSECT’s Public Gallery to house the Lexus LF-1 Limitless concept that was unveiled this past year at the North American International Auto Show in Detroit. The concept showcases what Lexus envisions for the future of its luxury brand, which will include some of the newest, most imaginative technology. See the Other Side: The […] 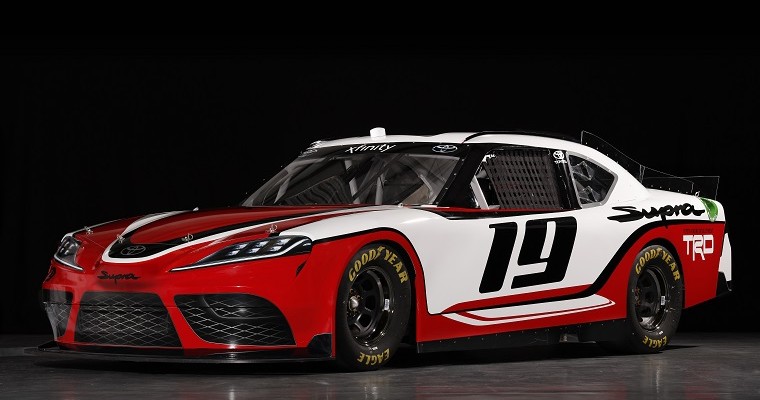 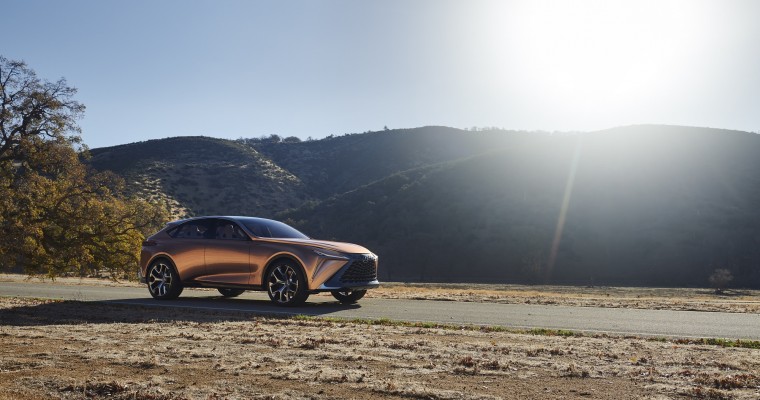 Lexus has brought an all-new concept crossover to the North American International Auto Show, and the opening line of its press release on the subject show just how excited and proud the brand is about it: “Like molten metal being forged into a fine Japanese sword, the lines of the Lexus LF-1 Limitless concept have […] 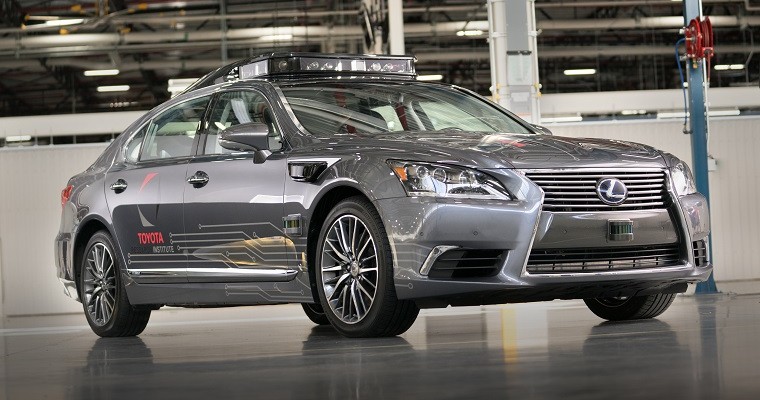 The Toyota Research Institute (TRI), the automaker’s tech-oriented branch devoted to all things AI and self-driving, unveiled at CES the latest version of its autonomous test vehicle: a Lexus LS 600h L that it calls “Platform 3.0,” after the two versions it showed off last year. The car is equipped with LIDAR, radar, and camera […] 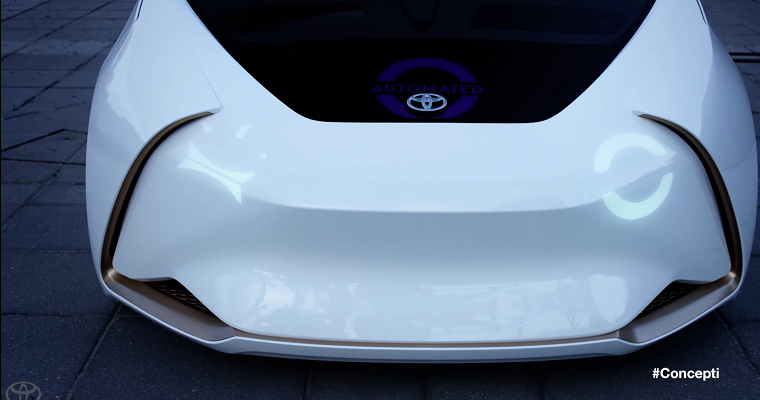 While autonomous vehicle technology research has ramped up in earnest over the last few years, little has been said or done about improving the relationship between driver and artificial intelligence, the latter being what most automakers believe to be the key underlying component to self-driving cars. The new Toyota Concept-i shown off at the 2017 […] 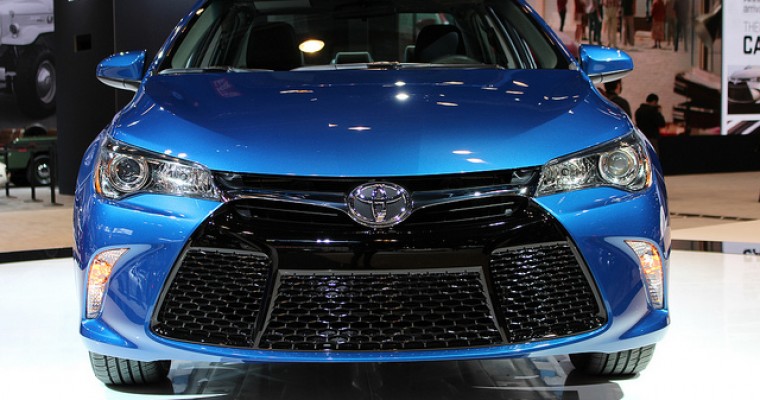 The Toyota Camry is a well-known and loved vehicle here in the USA. Most of us see at least one or two on the road every day, although we probably don’t take a whole lot of notice. But since Toyota is a Japanese automaker, that means the Camry is made in Japan, right? Wrong. In […]

Toyota at SEMA: What to Expect 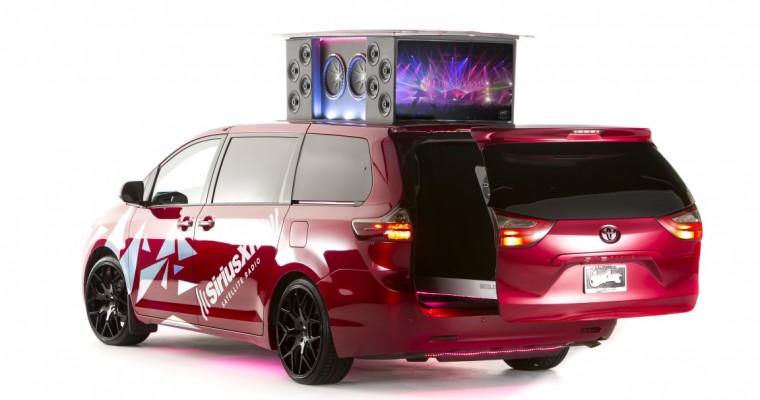 The Specialty Equipment Market Association (SEMA) Show is about to get underway in Las Vegas, and car enthusiasts across the country are gearing up to see what their favorite automakers will have on display. So for all you Toyota fans, here’s a roundup of what you can expect to see from Toyota at SEMA. 2015 […] 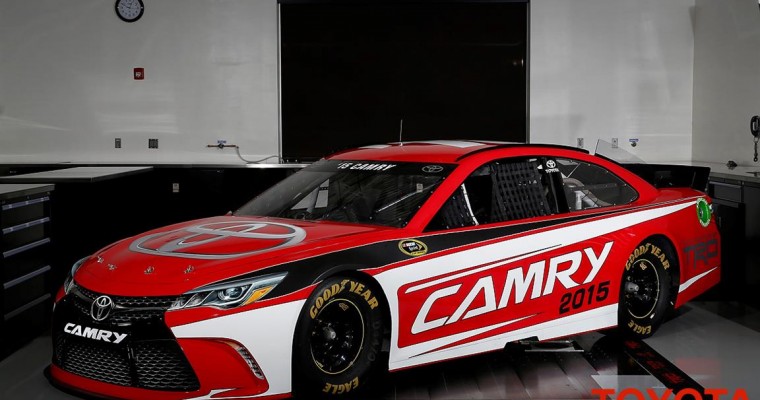 To go along with the shiny new Camry that’s caught everyone’s eye, Toyota has just unveiled the revamped 2015 Camry Race Car that will compete in the NASCAR Sprint Cup Series (NSCS) starting in the next racing season. This marks the first time a NASCAR ‘Gen-6’ model has been updated since the generation debuted back […] 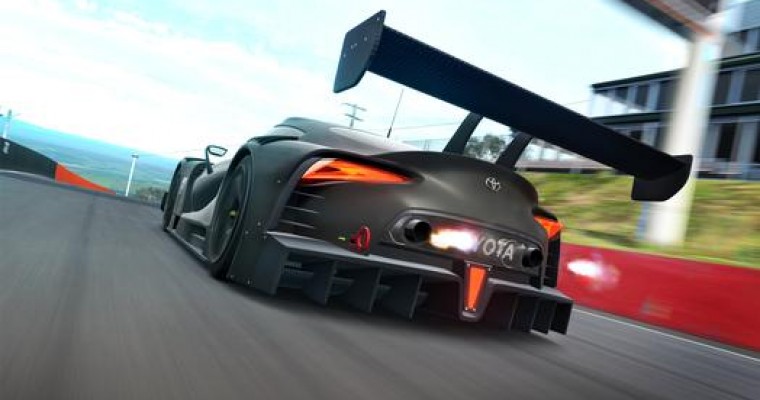 Your 21st birthday. The first time you saw your child walk unaided. Your wedding day. All days that will live on in your memory. But none will be as memorable as yesterday, September 16th, 2014. At least, that’s probably the case if you’re a fan of the Gran Turismo® gaming franchise. Yesterday marked the first […] 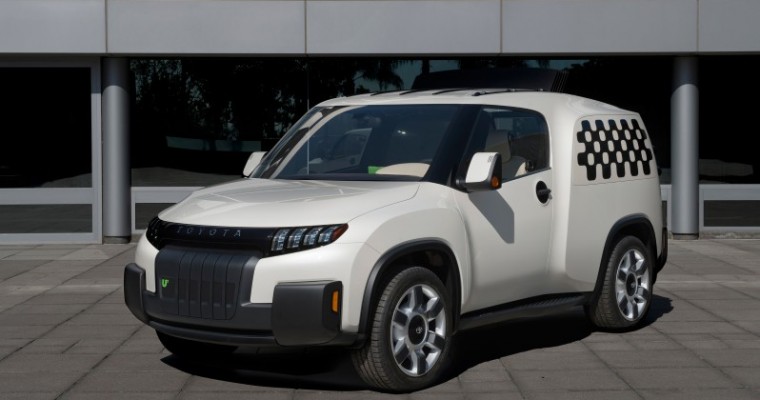 Utility vans are just so boring. There’s nothing exciting about a vehicle used to transport a caterer’s food, a handyman’s tools, or a courier’s packages. Toyota wants to change all that with the introduction of its Urban Utility Concept Car at the Maker Faire hosted by Make: magazine in San Francisco today. The vehicle, which […] In recent months, we’ve heard a lot about the Toyota FT-1 Concept that is rumored to be the new inspiration for a reinvented Toyota Supra. The first concept, which was unveiled at the Detroit Auto Show earlier this year, featured a bold red exterior, an all-black interior, and red accents to pull the car’s design […] 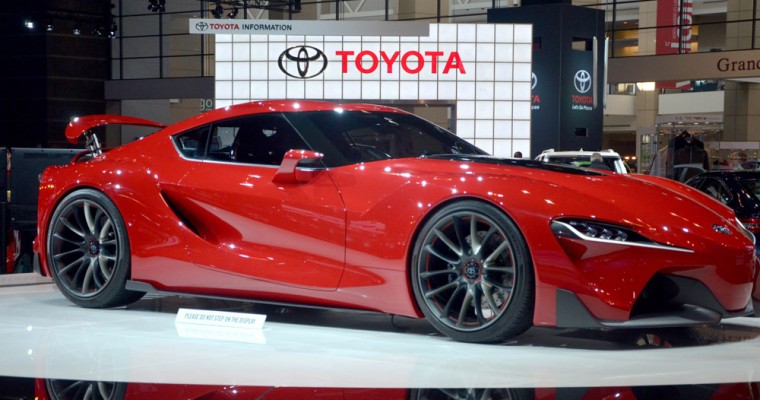 Remember the Toyota FT-1 Concept? We certainly do. This sporty number caught our eye at the Detroit Auto Show back in January, and since then we’ve developed a slight obsession with it, wondering if a production version would ever come to fruition. Toyota has certainly strongly hinted that it was at least considering producing the […] 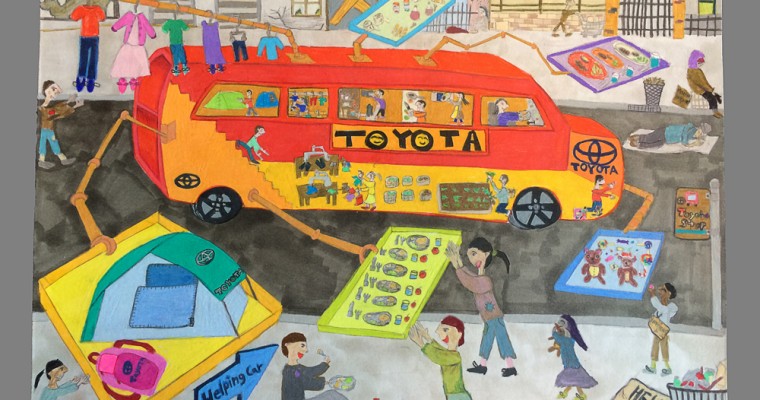 On February 25, 2014 in Torrance California, this year’s batch of Toyota Dream Car Art Contest winners for 2014 were announced and presented with iPad Minis and an award certificate acknowledging their accomplishments. The nine US winners were selected out of the 31 US finalists by a national panel of judges. Judges, who participated in […] 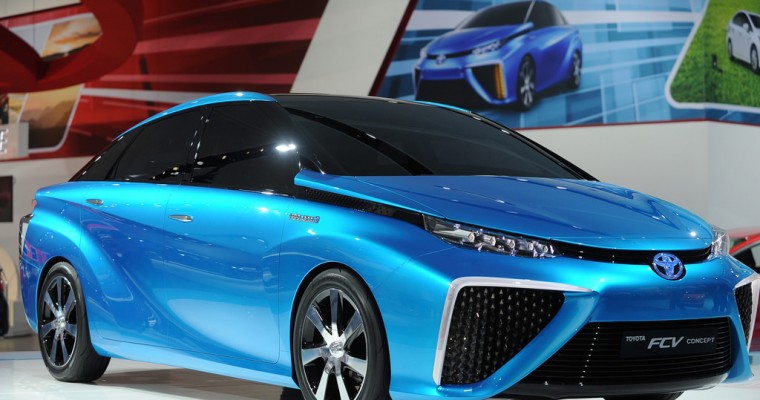 The day was nearly over when we finally arrived at the Toyota NAIAS display. We had been so close to it before, back when we were exploring Porsche, but the tempting fudge made us too hungry, so we left for food and reentered on the other side (at the Ford NAIAS display), putting Toyota way […] 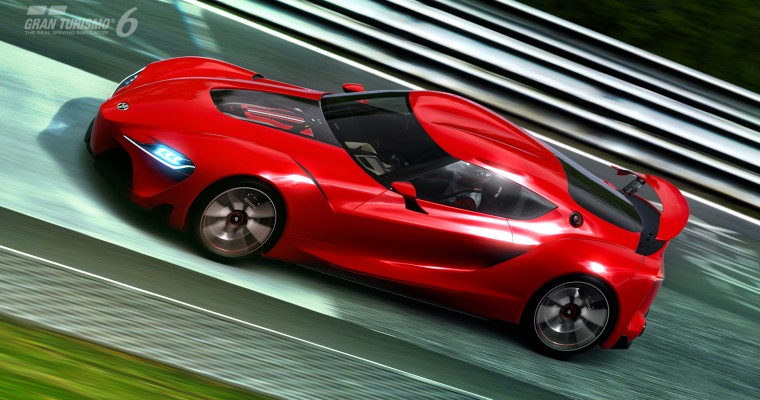