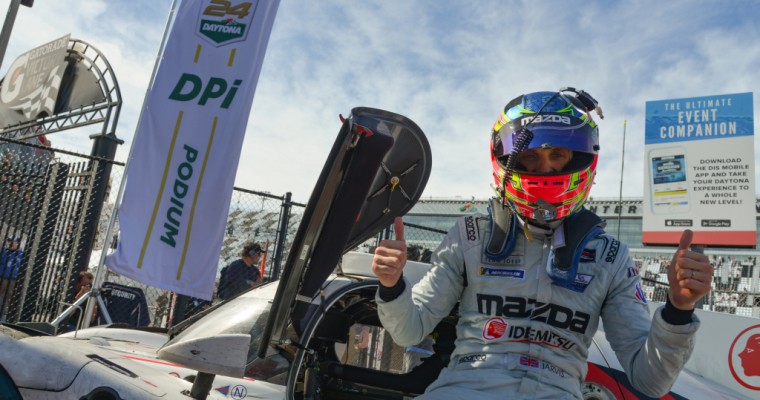 The Rolex 24 at the Daytona International Speedway just saw Mazda’s best overall finish at the notoriously grueling race. Two Mazda RT24-Ps, No.77 and No.55 started the race from the pole position and third place, respectively. Over the course of 833 laps, the No.77 Mazda led the pack for 190 laps. Mazda RT24-P No.77 took […]

Corvette C8.R to Debut at Rolex 24 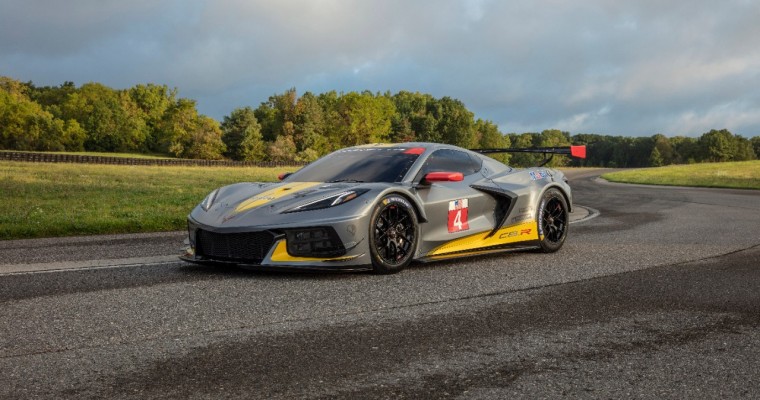 Chevrolet is debuting the Corvette C8.R at Rolex 24. Not only will it be the first Chevrolet mid-engine race car in IMSA’s GTLM class, but it will also have the first clean sheet race car design since the 1999 debut of the C5.R. A Strong Foundation: The 2020 Corvette Stingray How the C8.R became race-ready […] 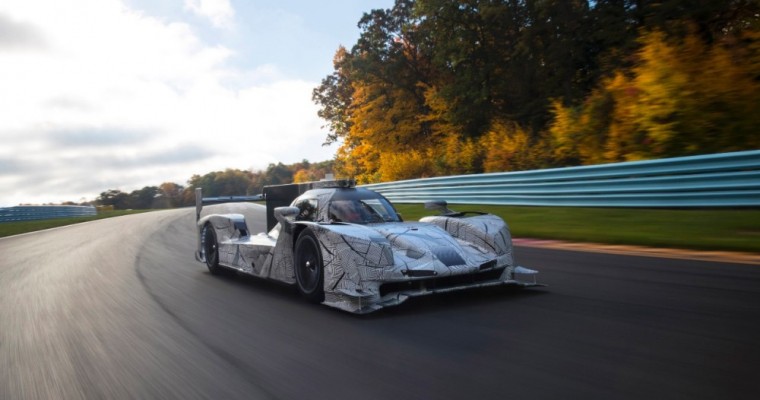 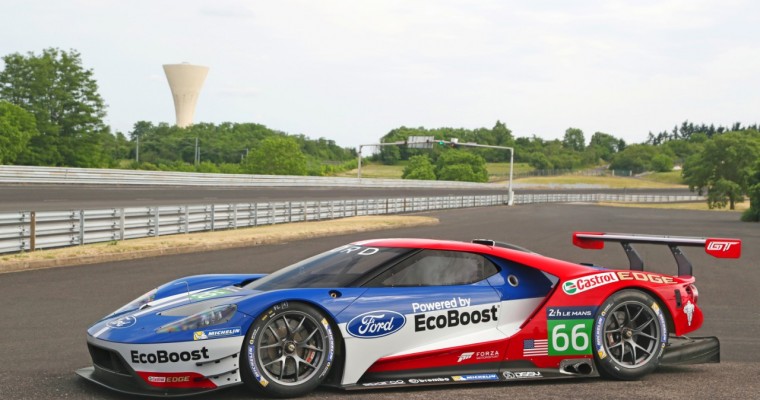 Since it was first rumored that Ford was planning on relaunching the GT, it was almost guaranteed that the ultimate goal was bringing the supercar to the race track in order to conquer Le Mans on the 50th anniversary of Ford’s famed 1-2-3 finish. Since the GT race car was revealed in June, the question […] 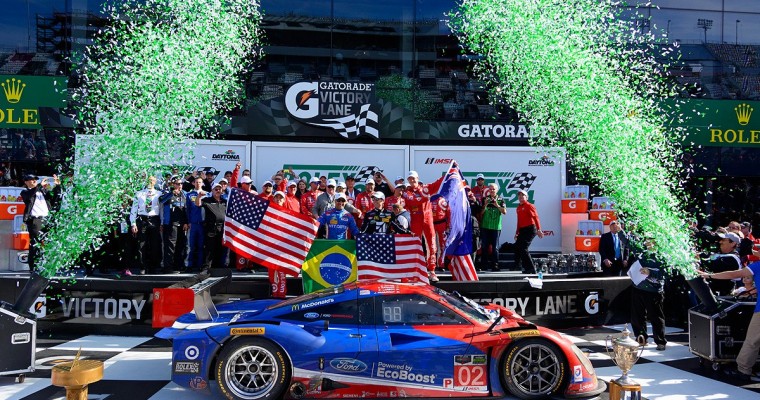 The driver lineup behind Chip Ganassi’s No. 02 Target Ford EcoBoost-Riley car should have been enough to tell the competition that he was coming to win the whole thing at the 2015 Rolex 24. In his employ: three-time IndyCar champ, Scott Dixon, 2010 Daytona 500 and 2014 Sprint All-Star Race winner, Jamie McMurray, 2013 Indy […] 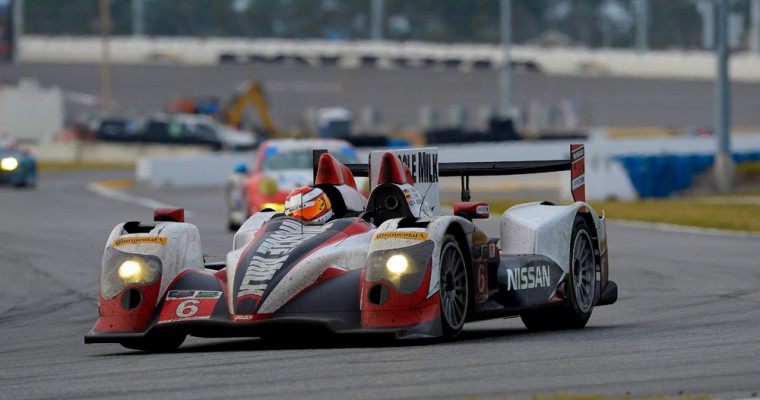 Endurance races put automakers to the test, and those of the 24-hour variety put their vehicles under the most intense strain imaginable.  The unmatched rigor of 24-hour endurance races creates the perfect mix of vehicle-testing and competition, and that is why Nissan entered its prototypes into the Rolex Daytona 24 at the Daytona International Speedway, […] It is hard to imagine what it is like driving a race car at speeds over 200 mph around a gigantic track while other cars are trying to aggressively hunt you down and you are attempting to do the same to them.  Many of us dream about what it might be like to sit behind […]

Mazda Optimistic About Diesel Engines despite Not Finishing Rolex 24 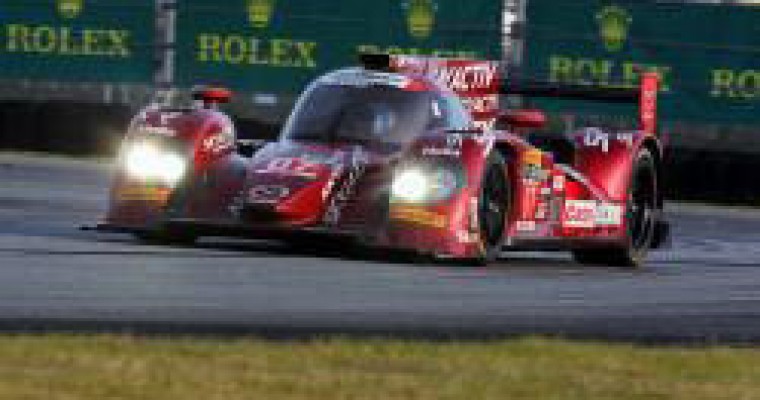 Some of our best lessons are learned through failure, and although the 52nd Rolex 24 at Daytona all-day endurance race wasn’t a complete failure for Mazda, the Japanese automaker’s two prototype clean diesel engines weren’t able to finish the race. Regardless of the results being less than what they might have hoped for, Mazda […] 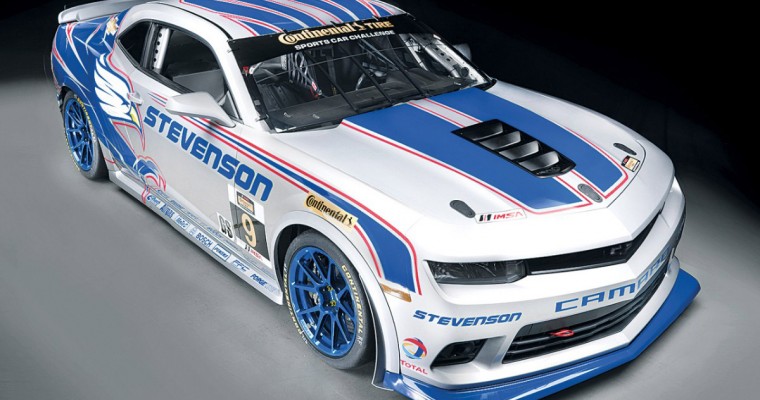 This past weekend, the all-new Camaro Z/28.R racecar made its debut at the 52nd running of the Rolex 24 at Daytona. While the Z/28.R certainly looks every bit like a track-tested performer, what makes the new Camaro racer particularly unique is just how much it shares in common with the production version of the 2014 […] 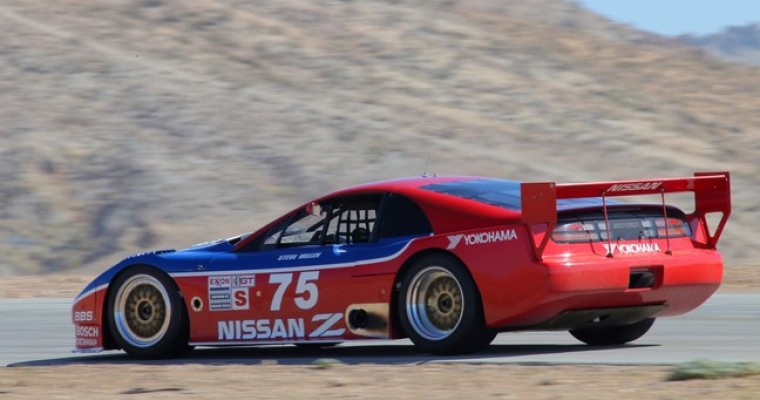 Nissan will celebrate its long-tenured and highly honored legacy in U.S. motorsports — 50 years, 100 SCCA National Championships and 200 IMSA sports car wins — at this year’s Rolex Monterey Motorsports Reunion set for Aug. 23-26. As the featured RMMR marque, and the first-ever Japanese brand to earn this attention, Nissan has a lot to commemorate […] 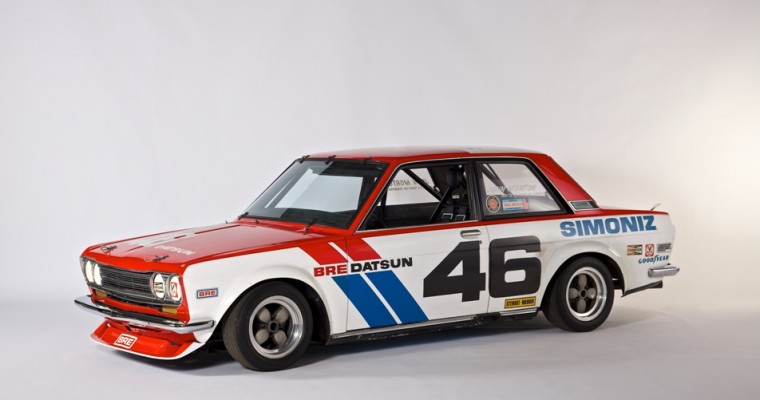 Monterey Car Week is coming up in California at the end of this month with a calendar full of events like the Pebble Beach Concours d’Elegance and 2018 Rolex Monterey Motorsports Reunion. Everyone’s getting ready to show off the best the car world has to offer, and this year Nissan is bringing not one but […] 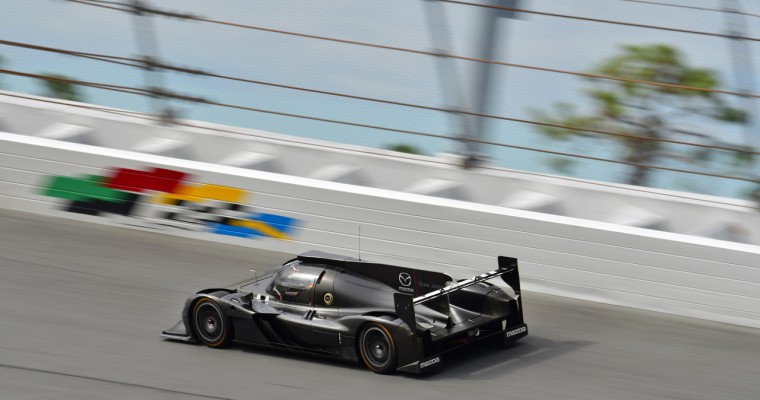 When it comes to its prototype racing vehicles, Mazda has had a somewhat heartbreaking history. However, things are looking way, way up, as the automaker has now joined with the highly talented 15-time Le Mans winners Team Joest. Now, we know which drivers will be leading the team for the 2018 season under the Daytona […]

Fernando Alonso to Race at 24 Hours of Daytona Fernando Alonso, the two-time Formula One World Champion, will make his sports car debut at the 24 Hours of Daytona this January with United Autosport, a team owned by McLaren executive director Zak Brown. Alonso recently signed a contract extension with the McLaren Racing team and has made no secret of his desire to earn […] 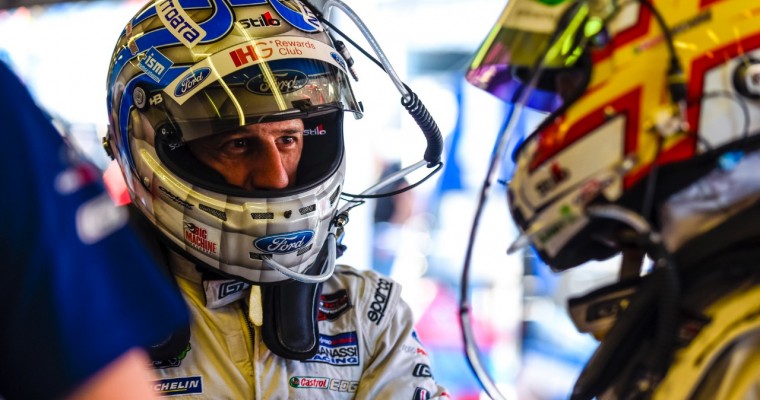 Ford Chip Ganassi Racing will be looking to successfully defend its title as the champion of the LM GTE Pro class at the Le Mans 24 Hours this month, and it now has a face familiar to motorsport enthusiasts everywhere helping out in the campaign. With the injury sustained by Sébastien Bourdais during qualifying at […] 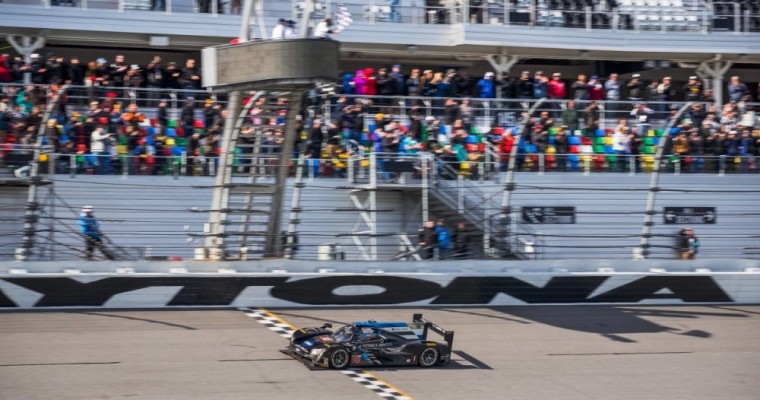 Cadillac sent shockwaves throughout the racing world when it announced it would be entering a new prototype in this year’s Rolex 24 at Daytona. The company’s new DPi-V.R racecar weighs just 2,050 pounds, receives its power from a naturally-aspirated V8, and also now is a champion of the iconic 24 Hours at Daytona endurance race. […] 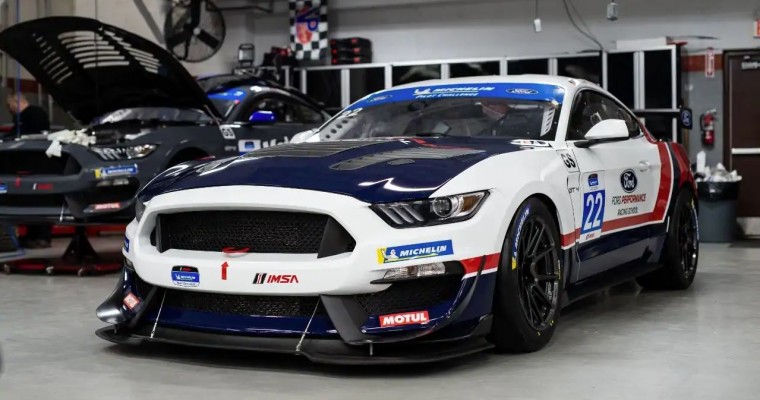 Just a month removed from signing a developmental deal with Ford Performance, Hailie Deegan took to the track in her IMSA Michelin Pilot Challenge debut. In so doing, she paid tribute to one of the pioneers of women in racing, Lyn St. James, who was the first woman to win an IMSA GT race solo […] 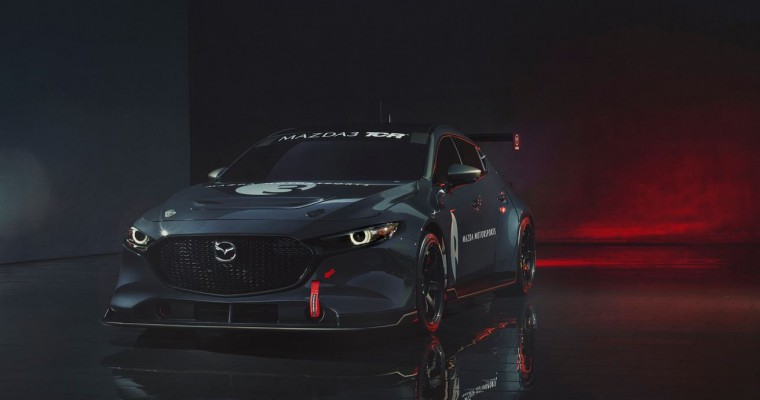 With the all-new Mazda3 TCR race car, Mazda’s KODO: Soul of Motion artistic philosophy truly shines. Based on the familiar, beloved 2019 Mazda3 hatch, this race car was designed with both form and function in mind. The team in Irvine, California worked hard to sculpt a car that boasted clean, expressive lines while also complying […] 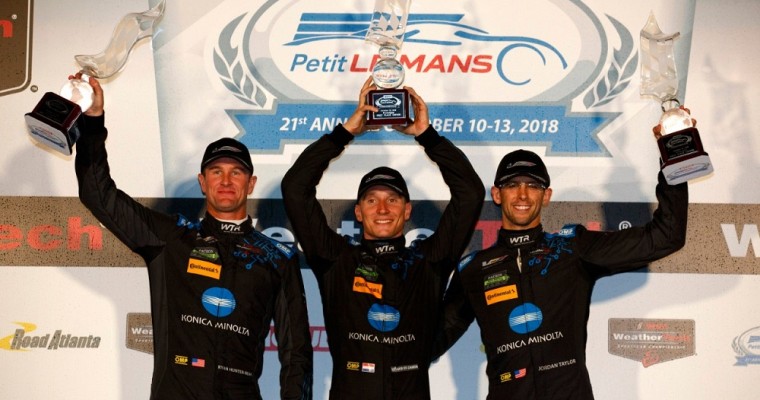