Behind the Badge: Why Alfa Romeo’s Logo Features a Snake Eating a Guy

There are boring automotive logos–like the completely uncreative Kia badge – and there are clever ones –  like the many hidden messages in Toyota’s emblem. Then there are a couple automotive logos that are just…weird.

Have you ever taken a close look at Alfa Romeo‘s badge, specifically the right portion showing a giant snake devouring a man? It’s not a tongue, nor flames, nor a sword. What in the world is that about?!

Many people have asked that exact question, and today we have an explanation of the meaning behind the bizarre Alfa Romeo logo.

The Left Half of the Alfa Romeo Logo

When Alfa (A.L.F.A. for Anonima Lombarda Fabbrica Automobili) Romeo was founded in 1910, draughtsman Romano Cattaneo came up with the company’s logo based on a crest he saw in Milan above the door of Castello Sforzesco. Being that the company was founded in Milan, a symbol representative of the city seemed appropriate. Designer Giuseppe Merosi helped turn the idea into Alfa Romeo’s official emblem. Apart from some minor tweaks with the wording, gold trim, and wreath appearance over the years, the design has remained fairly consistent. 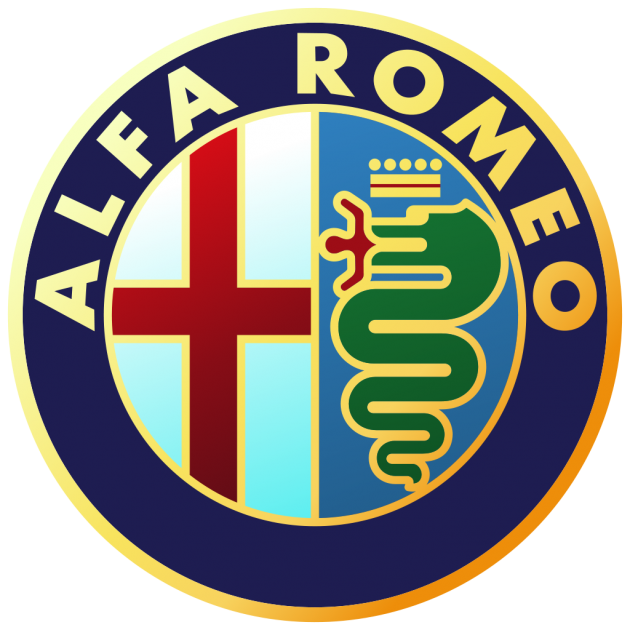 The left side of the emblem is a red cross over a white background–a medieval Christian symbol. During the Crusades, Milanese soldiers associated with Giovanni of Rho donned a red cross and white undergarments beneath their armor. Giovanni of Rho is known for leading an army to the Holy Land and for erecting a cross on the walls of Jerusalem during the first crusade.

This image could be considered the Cross of St Ambrose or St. George’s Cross. But what about the snake? 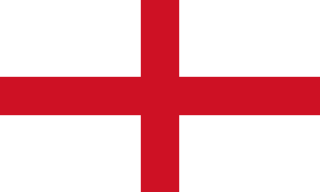 The Right Half of the Alfa Romeo Logo

The right side, a giant serpent/dragon gobbling up a red man, is the symbol of the influential Visconti family of 11th century Milan. The image is known as a Biscione and has become a symbol for Milan, being seen many places around the city. The crown is supposedly from when Viscontis became dukes in the 15th century. 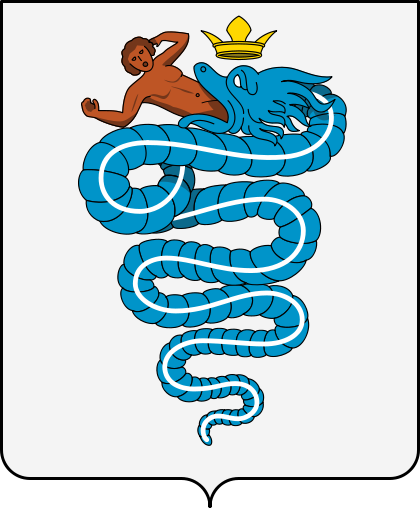 House of Visconti coat of arms (earlier versions do not feature crown)
Photo: Wikimedia via CC

Where the symbol itself comes from and what it means has been a subject of ongoing debate. Here are some leading theories:

The most accepted interpretation today is that the man being devoured is a Saracen or Moor (a Muslim) which is being defeated during the Christian Crusades. However, some claim the human figure isn’t a certain ethnicity but merely a child–which is…even weirder.

Enjoy learning about the weird Alfa Romeo logo? Check out the rest of The News Wheel’s “Behind the Badge” series to learn about other auto brands!