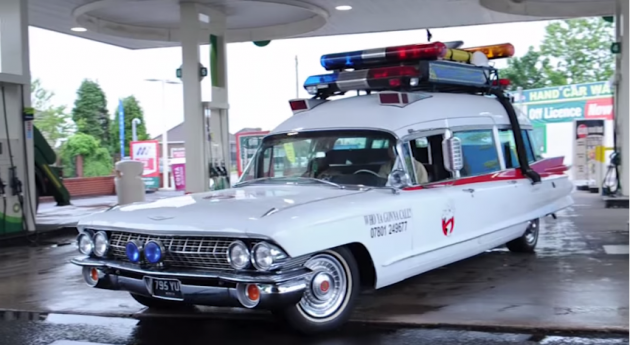 Do you have any hobbies? We collect spores, molds, and fungus. Paul Harborne builds movie icons.

We love Ghostbusters at The News Wheel. When the new Ecto-1 was unveiled earlier this month for the upcoming  movie, our whole office had to debate what kind of car exactly it was built with (our money is on the Cadillac Fleetwood). Clearly we ain’t afraid of no ghosts!

As dedicated fans, we had to stop and recognize a fellow enthusiast from England! Paul Harborne has built his own Ecto-1 from a Cadillac Miller-Meteor, a difficult vehicle to find in the US, but an even rarer find across the pond. Check it out driving through his home town of Sedgley in the West Midlands:

The Cadillac Miller-Meteor had been imported to the UK by a previous owner in Leicester, and when Harborne discovered it in 2010, the car was in rough shape. After three years of hard work and restoration, the Ecto-1 was ready to roll!

“Every time we go out in this car, it’s crazy,” said Harborne. “It is tough to go out without being spotted. Even if you just want to get some petrol, people follow you or ask questions. Which is all very good!” His kids will also bring friends over to inspect the movie icon, and it’s routinely driven to Ghostbusters events in the area. Clearly the Ecto-1 gets the respect it deserves in Harborne’s capable hands.

Harborne estimates that he has spent more than £100,000 in restoration and the additional props to make it accurate to the film. He even has a jumpsuit to go with the car when he’s driving around! 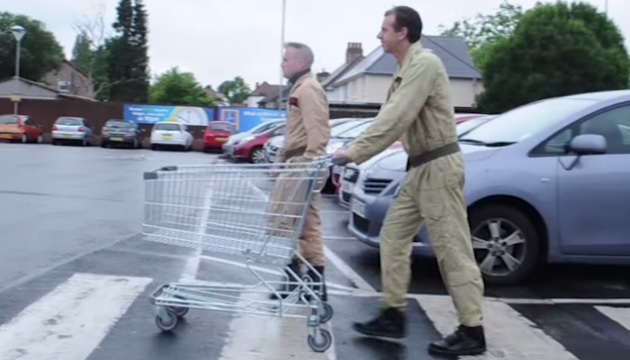 Let’s suck in the guts, guys, we’re the Ghostbusters

If we had an Ecto-1, we would find any reason possible to go for a cruise. We salute you, Paul Harborne, and hope that you don’t get slimed!

If you could build a replica of any movie car, which would it be and why?