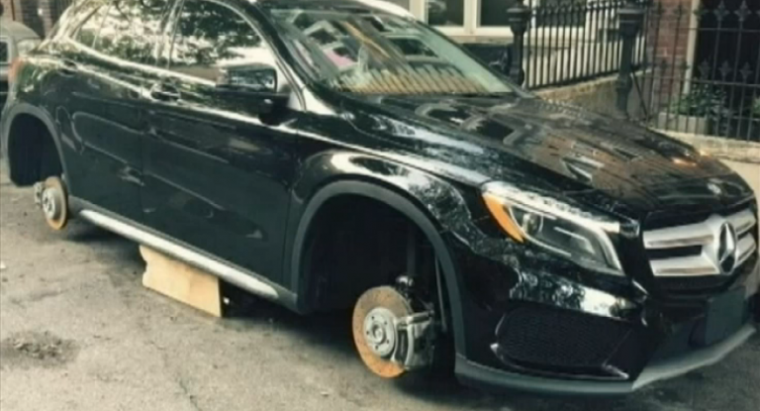 Modern motorists who have been involved in an accident are learning the hard way just how expensive car parts can be in contemporary vehicles. The complicated intricacies and components required to create modern automobiles means that even a minor wreck can result in an expansive repair cost.

Another problem that modern drivers have to deal with is car theft. According to preliminary FBI crime data reports from 2017, U.S. vehicle theft rose by more than 4% last year.

These thieves are often stealing vehicles in order to tear them apart and sell them piece by piece. That’s the takeaway from the latest study conducted by the National Insurance Crime Bureau (NICB).

“For the professional theft ring, stealing and stripping vehicles for parts has always been a lucrative business,” explains NICB Senior Vice President and COO Jim Schweitzer. “On today’s cars and trucks, the parts are often worth more than the intact vehicle and may be easier to move and sell. That’s why we see so many thefts of key items like wheels and tires and tailgates … there’s always a market for them.” 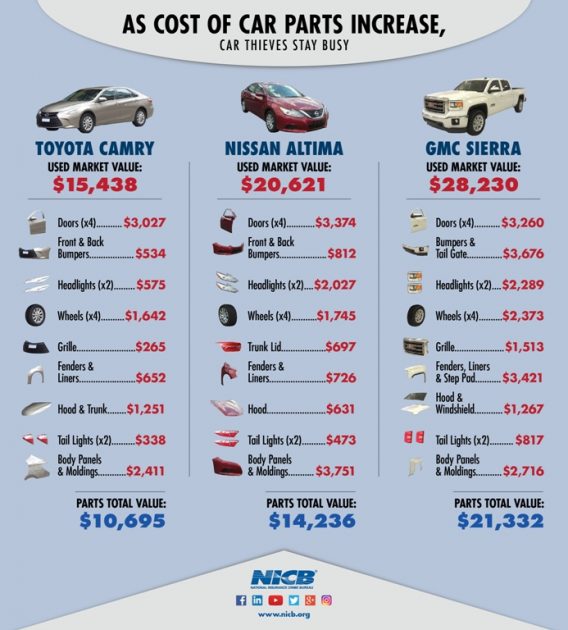 Furthermore, NICB examined how much the parts three of the most commonly-stolen vehicles were worth. These vehicles were the 2016 Toyota Camry, the 2016 Nissan Altima, and the 2016 GMC Sierra.

Having your car stolen is already an unfortunate situation. However, having that stolen car torn apart for scrap is an even more agonizing, and increasingly more common, experience.