Celebrating 25 Years of the BMW 8 Series 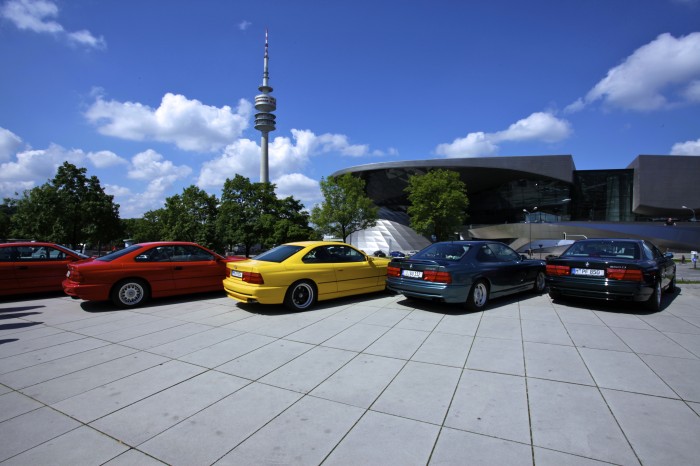 Celebrating 25 years of the BMW 8 Series

The BMW 8 Series was first introduced to the world 25 years ago and was last produced 10 years later, but for the fans, no amount of time can begin to erase its memory and legacy.

Last week on June 3, the international BMW 8 Series community from club 8er.org and ClubE31 Worldwide Owners Group came together with the BMW Club International Office to celebrate 25 years of the BMW 8 Series at the BMW Group headquarters.

260 participants from 20 countries gathered for a tour of BMW Plant Dingolfing—the birthplace of the legendary luxury coupe. They attended a spectacular parade of 120 cars and were then able to pose at the BMW Museum with their cars for a special photo shoot.

What could have sparked such a following? When the BMW 8 Series first launched, it introduced new cutting-edge design and an unmatched array of technological details never before seen on automobiles. At the same time, it had been heavily influenced by classic BMW coupes dating back to 1930. The combined package made for one of the world’s finest sports coupes—elegant, powerful, innovative, and luxurious. Feel nostalgic yet?

Let’s hope BMW revives the 8 Series before its 30th anniversary!

Gallery: 25 years of the BMW 8 Series