Chart Your Own Course to Prevent Risky Driving 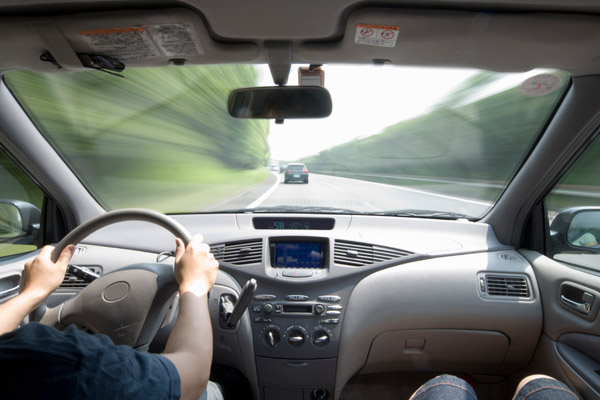 Your tried and true friends always have your back, and normally, you’d follow them anywhere. But, when it comes to driving, following a friend on the road is risky.

According to a new study by Arizona State University researchers Jaime McNabb, Michael Kuzel, and Rob Gray and available for review on Frontiers in Psychology, when a driver is following a friend and does not know how to get to where he or she is headed, the driver will engage in risky driving behaviors like higher and erratic speed turns and lane changes, speeding in general, and following the vehicle in front too closely; the driver who is trailing the friend morphs into a dangerous driver due to perceived or actual time constraints and “a fear of getting lost.”

Drivers who need help finding their way are apt to hit the gas so they don’t get stuck at a light and run the risk of being disconnected from their friend who is leading the way. The stress and pressure to not get lost somewhat takes over what usually is safe and sound driving judgment.

According to HowStuffWorks writer Kate Kershner, the study was conducted through simulated driving where the behavior of 16 drivers (all undergraduates from Arizona State University) were analyzed while in three different scenarios: “a baseline scenario where the driver selected the route, a second scenario in which they followed audible route instructions, and a third scenario in which they were asked to follow a simulated vehicle.”

According to the study, approximately eight to 10 minutes were required to complete each condition.

After analyzing the data, the researchers reported that “when the lead driver is disobeying the rules of the road, such as driving at increased speeds and swerving through traffic erratically, the following driver may not only feel the pressure not to lose them, but more importantly, justify mimicking these same behaviors in order to stay together thus causing potential for serious driving incidents.”

To avoid engaging in risky driving behavior, it’s best to obtain proper directions and tell your friend to go on ahead–you’ll meet them there.