Check Out Cadillac’s Ads for the Academy Awards [VIDEOS] 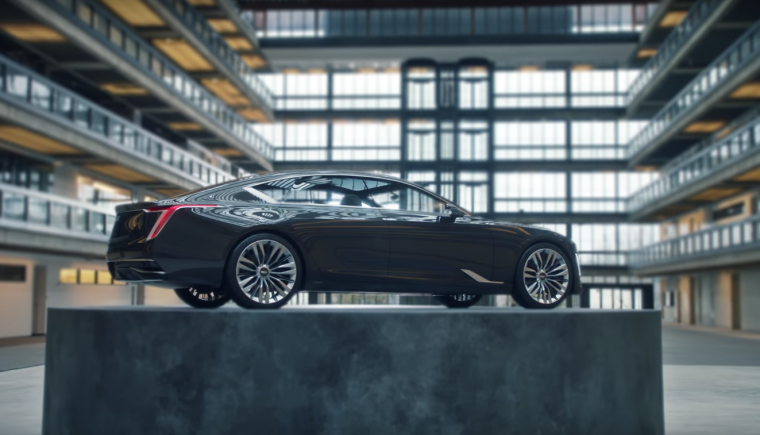 When it comes to high-profile advertisements, the Oscars are basically Cadillac’s Super Bowl. In the same way that truck brands pay big money to be associated with gritty gridiron glory during the big game, Caddy has spent the last three years advertising during the world’s most popular and glamorous awards show, as if to position its luxury vehicles as “trophy cars.”

That symbolism is made pretty unambiguous in this year’s Cadillac Oscar commercial, entitled “Pedestal.”

Much like a real Oscar statuette, this car isn’t something that the viewers watching at home can actually attain—the Escala is a concept, not a production model (though it will be attending the ceremony).

However, the ad insists that despite being treated like one, “a Cadillac is no trophy; no museum piece.” Referring to the sleek and high-tech Escala concept, the commercial promises, “this is our future, and it will inspire every car that follows.”

Cadillac’s next Oscars commercial, “Pioneers,” takes a similar tack: beginning by praising the brand’s rich history, before insisting that that it remains vital and relevant, and the best is yet to come.

Completing the trilogy of Cadillac Oscars commercials is “Carry” (not to be confused with Carrie, the 1977 film that earned Sissy Spacek a Best Actress nomination).

The ad is a not-so-veiled reference to the polarization the country has experienced during the incendiary campaign, election and now presidency of Donald Trump. Although Trump claims he won’t be watching the ceremony, his administration is certainly going to loom large over the proceedings. Host Jimmy Kimmel is one of his most strident late night critics, and one imagines there will be no shortage of anti-Trump screeds delivered during various acceptance speeches.

Cadillac’s ad, which features footage of anti-Trump demonstrations, ostensibly seeks to unite rather than divide.

Again, the ad intertwines American history with Cadillac history, showing iconic figures Marilyn Monroe, Muhammad Ali, and Dwight Eisenhower posing with classic Caddys. There’s also a line about how all Americans share a common bond, “no matter where we come from,” which is a topical nod to immigration issues.