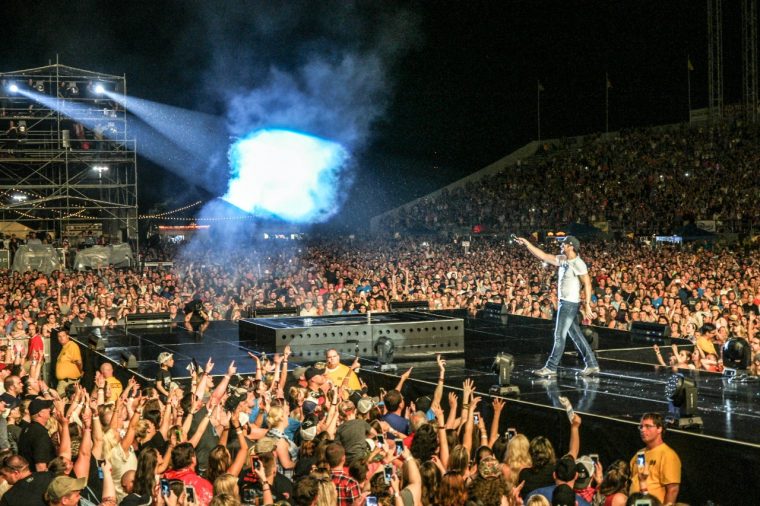 Today at the 2016 County Music Association (CMA) Festival, Chevrolet announced a new three-year partnership with Luke Bryan, who will serve as an ambassador for the brand on “a variety of projects.” The bowtie brand is also sponsoring Bryan’s farm concert tour later this fall.

Recently crowned the CMA Entertainer of the Year, Bryan is perhaps best-known for hits like “That’s My Kind of Night” and “Rain is a Good Thing,” the latter a song about the water cycle which explains how “rain makes corn/corn makes whiskey/whiskey makes my baby feel a little frisky.” He also has some other popular tunes, like “Drink a Beer” and “Roller Coaster,” but those are the sad, cloying types of country songs, not the “let’s drink this whole case of Busch Light WHOOOOOO!” types which I personally prefer.

“Chevy has been a part of our family and a part of our work life on the farm for as long as I can remember,” Bryan said of the partnership. “If you were a Bryan, you drove a Chevy. I am so excited about this partnership and I’m honored to be representing such a wonderful brand.”

Chevrolet is also sponsoring Bryan’s 8th Annual Farm Tour, a multi-city tour of rural America set for October, in which Bryan will perform concerts on actual farms in small towns like Elizabethtown, Kentucky, and Prairie Grove, Arkansas. A full list of tour dates can be found at LukeBryan.com.

Bryan teamed with Chevy earlier this year as part of the bowtie brand’s #DayItForward campaign, which featured numerous celebrities “paying it forward” on Leap Day. For his part, Bryan chose to recognize the work of firefighters in Franklin, Tennessee:

“Partnering with Luke Bryan is a natural fit for Chevrolet,” said Chevy marketing VP Paul Edwards. “Our customers love country music, and Chevy has always held a special place within the genre.”

“We’re proud to build a relationship with an artist as authentic and talented as Luke,” Edwards added.