Due to the Bolt EV's strong global sales, Chevy will boost its production during the fourth quarter of 2018 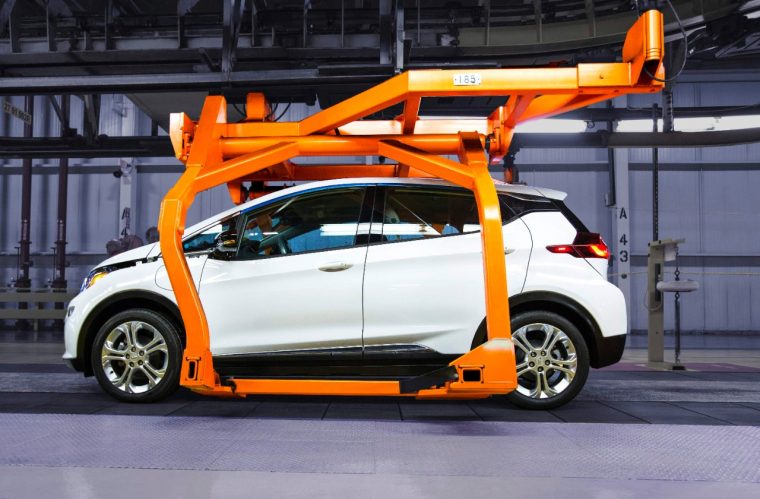 The rise of the Chevy Bolt has been both surprising and swift. It didn’t take long at all for the Bolt to overtake the Volt as Chevrolet’s signature EV.

Indeed, the demand for the Chevrolet Bolt is so high that General Motors is reportedly ramping up production for the model by 20 percent during the fourth quarter of 2018.

So far this year, global sales for the Bolt are up by more than 40 percent. Sales in the second quarter were up by 35 percent.

Of course, sales for the Bolt aren’t up everywhere. During the second quarter of 2018, U.S. sales for the Chevy Bolt were down by 22.6 percent.

Although Bolt sales are struggling a bit in the U.S., they are excelling in other regions

Still, year-to-date domestic sales are up by 3.5 percent year-over-year. Additionally, the Bolt remains one of the best-selling electric models in the United States.

“The extra production coming on line should be enough to help us keep growing global Bolt EV sales, rebuild our U.S. dealer inventory and bring us another step closer to our vision of a world with zero emissions,” explained Kurt McNeil, GM U.S. vice president of sales operations.

The Bolt is just the beginning in terms of electric vehicles from GM. By 2023, the automaker plans to lunch 20 new zero-emission models.

GM has not said whether the new pace of production will continue into 2019. With the worldwide popularity of the Bolt on the rise, such an announcement would certainly not be surprising.