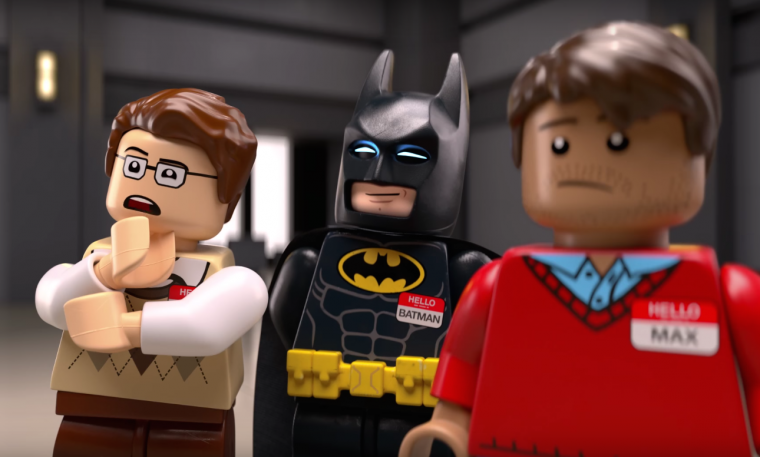 Okay, Chevy is officially just screwing with us right now.

Shortly after parodying its own (highly suspect) “Real People, Not Actors” advertising campaign with a Cruze Hatchback ad featuring “Real Dogs, Not Actors,” the bowtie brand is going one step further, with a computer-animated commercial starring “Real LEGO Minifigures, Not Actors.”

I probably don’t need to tell you this, but, these people are actors. All of them! Especially Batman, who is voiced by actual-famous-actor Will Arnett!

The Batmobile itself, however, really is real.

Though it’s sadly not for sale, Chevy actually did build a life-size LEGO Batmobile, which debuted this past weekend at the North American International Auto Show in Detroit. The17-foot long, 1,695.5-lb comic book car is composed of 344,187 LEGO bricks, which builders spent 1,833 hours assembling at the LEGO Model Shop in Enfield, Connecticut.

Its all part of Chevy’s partnership with Warner Bros to promote The LEGO Batman Movie, which stars the aforementioned Will Arnett, along with Zach Galifianakis, Michael Cera, Rosario Dawson, and Ralph Fiennes. The computer-animated film is set to hit theaters on February 10, 2017.

Even the GM Renaissance center in downtown Detroit got in on the act, flashing the Bat signal on its tower, before alternating back to the Chevy bowtie logo:

2017 Resolutions: Trying to lose weight? Here’s how to exercise in your car

GM should be cautious about flashing that iconic Gotham symbol, though. If they’re not careful, someone is going to confuse Detroit with a dystopian city consumed by crime and urban blight.