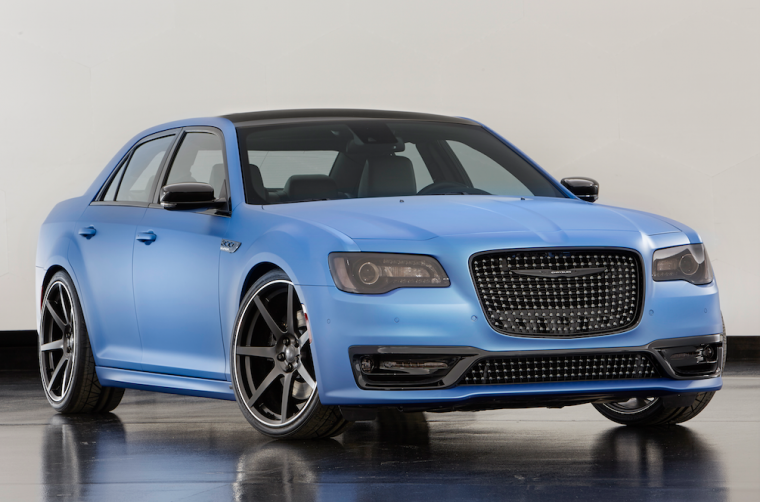 It’s difficult to find the perfect vehicle that melds performance with sophistication—but that’s exactly what the Chrysler 300 Super S Concept car does. As one of the many of Mopar’s customized concept cars that debuted at the 2015 SEMA Show, this special Chrysler 300 offers consumers bold styling and luxury, hiding an aggressive powertrain under its hood.

The Chrysler 300 Super S is led by an intimidating front end, offering more than 300 unique “Easter eggs” on the Mate Black grille, which is dotted with miniature Mopar “M” letters. A lower stance—highlighted by 22-inch wheels—gives this customized Chrysler 300 a stunning silhouette, while a deck-lid spoiler helps enhance the luxury vehicle’s sporty character.

Under the hood, a 5.7-liter HEMI engine lurks with Mopar Stage 1, Stage 2, and Stage 3 Upgrade kits. The combination of these upgrades imitates the performance delivered by Mopar Scat Pack Performance kits, which are available with the 5.7-liter HEMI-equipped Dodge Challenger and Charger.

Got a Graduate? See why the Chrysler 200 is the best car for new grads

So, the Chrysler 300 Super S Concept offers the luxury of a Chrysler, concealing a beast under its sheet metal. If the American carmaker were to offer this type of power in its production models, we can only assume sales would go through the roof.