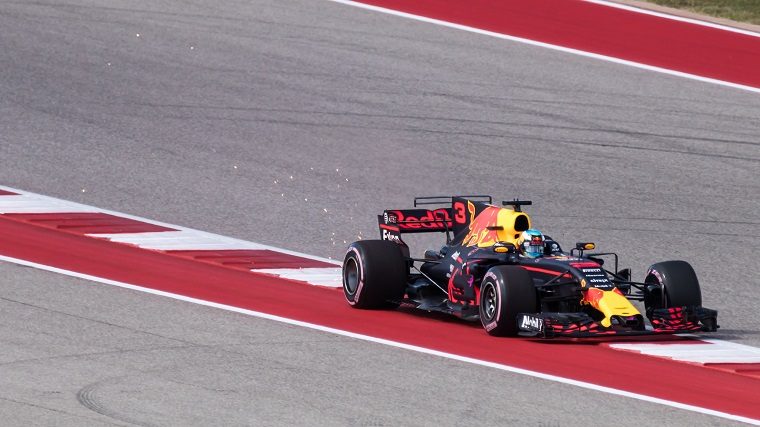 Ahead of the upcoming 2018 United States Grand Prix, the Circuit of the Americas has installed new curbs on the inside of turns 16 and 17. The fan community has already come to call them “Verstappen curbs,” in reference to the incident at last year’s event, when Max Verstappen passed Kimi Räikkönen for the final podium position only to be told after the race that he wouldn’t be on the podium after all because he had made the move off the track.

The new curbs will prevent such a move from being possible, and their installation has reignited the conversation surrounding track limits and the circumstances in which exceeding them should incur penalties. Should drivers use all of the track available to them, or stay within the white lines? Both approaches have their issues.

When drivers use all of the track available, something commonly seen in GT classes at CotA or at Circuit Paul Ricard, it takes away from the spectacle. When cars are regularly going off the track, the white lines depicting what should be the track suddenly seem arbitrary. During the Blancpain race at CotA this year, cars were going off the track so much that the rubbered-in racing line was outside of the curbs. At that point, why have track limits at all?

Lift and Coast: How to save fuel like the pros

However, enforcing track limits is surprisingly difficult. Drivers will always try to gain any advantage they can, and though they clearly deserve a penalty for putting all four wheels off the track, being penalized for going out of bounds by just a few inches feels bad for both driver and spectator. After all, we want to see them push themselves and their cars to their limits, and punishing them for going just the slightest bit past the limit detracts from the endeavor. But a limit has to be set somewhere if it’s going to be set at all.

Ultimately, the problem is that modern tracks no longer have natural limits that automatically punish drivers for going too wide. The Circuit of the Americas is a massive concrete landscape with generous, asphalt run-off areas designed to make it safe for MotoGP riders to go off-track, a common trend among most new circuits on the Formula One calendar.

Industry Rumor: The new Cadillac CT5 may get a coupe variant

In the past, going off-track meant putting your wheels on grass or gravel, which would lose you a few hundredth at the best of times, and cause you to retire from the race at the worst of them (a lesson Sebastian Vettel learned the hard way at the 2018 German GP this year).

Unfortunately, even for regular four-wheel racing, and contrary to intuition, cars stop more quickly on concrete than on gravel or grass. And when cars are careening out of control off the track, grass and gravel have a tendency to catch a part of the car, causing it to flip and exacerbate the crash.

So the modern solution is therefore to install nasty curbs where drivers have a tendency to go off the track where they can gain time. It’s probably the best solution we have at the moment, but until every circuit does the same, expect to see drivers stir up more controversy about their questionable off-track excursions.