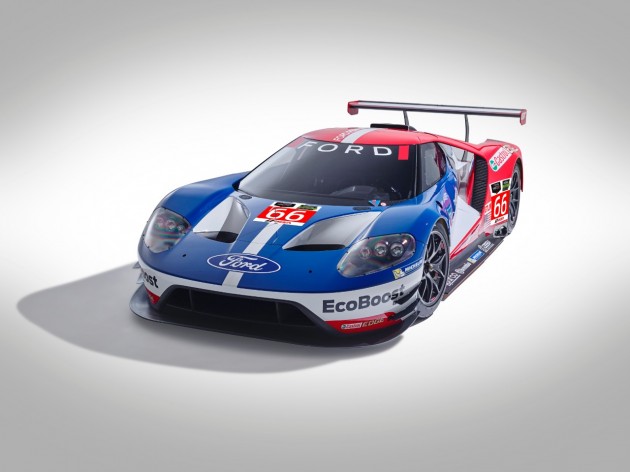 Ford put the world on notice early in 2015 when it unveiled its new GT supercar at the North American International Auto Show, and then it proceeded to put the endurance racing world on notice last month when it premiered its race car-equivalent at Le Mans.

Shortly after the reveal, XCAR caught up with Ford Performance chief Dave Pericak, who confirmed that the GT is “the pinnacle of Ford performance” and indicated that the brand will accept nothing less than victory at the same race that it conquered five decades ago.

Pericak doesn’t say anything terribly revealing or groundbreaking in the six-minute interview, running down the success of the 600+-horsepower 3.5-liter EcoBoost in IMSA and at races like 12 Hours of Sebring and 24 Hours of Daytona. He hits on the carbon fiber body and the use of lightweight and aerodynamics in making the GT the fastest beast on the track.

The most revealing thing Pericak says is that technology from the GT will eventually find its way into other Ford vehicles, and that Ford Performance has a patent-pending new suspension system and a number of dynamic new advances that will be revealed in time.

Better yet: it’s revealed that Ford developed the race car first and then found a way to scale it down (only slightly) for the road-legal version.