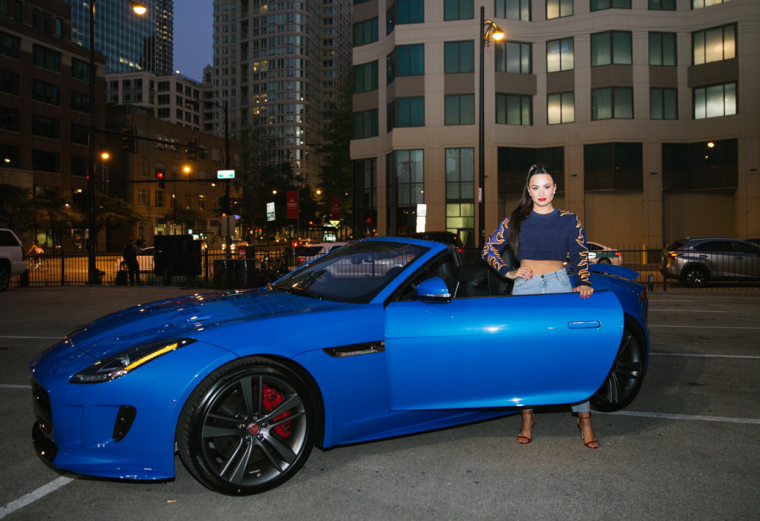 The concept for the video was fairly simple: Demi threw a house party and brought a film crew along. The video begins with highlighting the Jaguar as it cruises up to the party. Demi also tweeted a photo with a Jaguar F-TYPE on July 17, promoting the brand alongside her new video:

Thank you @JaguarUSA for getting me to my House Parties in style with the F-TYPE! #SorryNotSorry #ad pic.twitter.com/nDEvKd7gew

As you can see, the Jaguar featured in Demi’s tweet is an F-TYPE Convertible with Ultra Blue as the body color. However, the F-TYPE featured in the music video itself appears to be black: 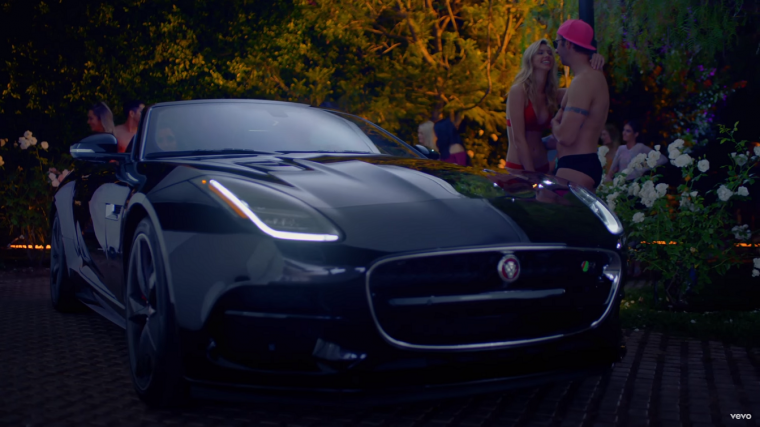 The Jaguar lends itself perfectly with the theme of the music video. Not only does the luxury Jaguar fit right in with the luxury and celebrity portrayed, but the idea of Demi having a Jaguar runs right alongside her lyrics. In the single, Demi describes her situation as, “Feeling like a 10, best I’ve ever been.” Jaguar is known for being a luxury vehicle brand, so it’s only fitting for Demi to feel on top of the world in a vehicle like that. 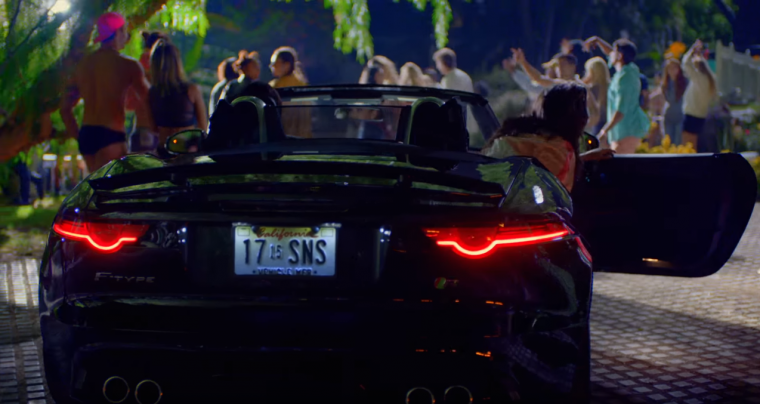 Demi’s Jag even had a custom “17 SNS” license plate

“Sorry Not Sorry” is an unapologetic, strong summer favorite. The song is a reminder that you don’t have to apologize for who you are and for being happy. Demi Lovato is known for being “Confident” and “Cool for the Summer,” and “Sorry Not Sorry” is just adding to her list of fierce chart-topping hits. Celebs like Paris Hilton, Wiz Khalifa, and Jamie Foxx were also in attendance at the house party, jamming out to Demi’s new single.

Watch the video, featuring the F-TYPE, below: