Dishonest Abe: Why You Shouldn’t Use the Penny Test to Check Tire Tread Depth 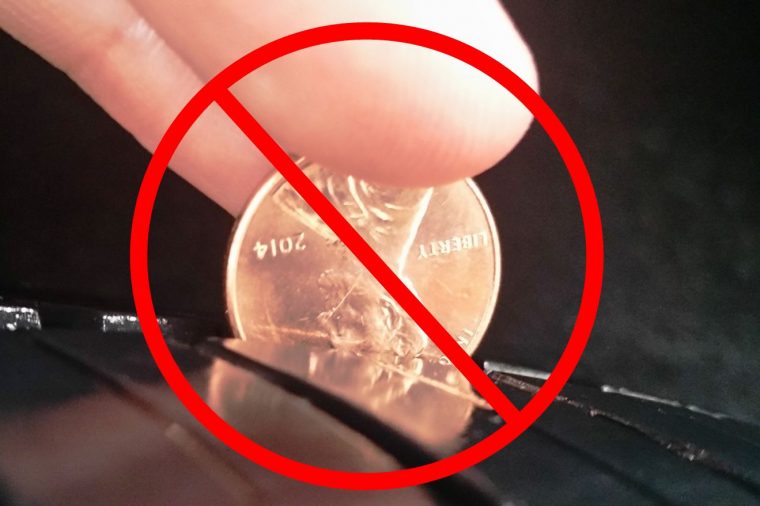 For as long as Abraham Lincoln has been around, we’ve been using his head to check the tread depth on our vehicle tires.

Okay, that’s not entirely true…but for ages, the “penny test” has been a go-to measurement for determining if rubber tires have worn down too far. Except the penny test isn’t as accurate as it once was. In fact, some experts now recommend against using the penny test.

Let’s find out why that is.

Tire Safety: Replacing the Penny with the Quarter

First, it’s important you understand what the penny test is. In case you’ve never done it on your tires, it involves taking a one-cent coin, rotating it so the top of Abraham Lincoln’s head is pointed toward the car tire’s tread, and pressing it between the tread rows. By seeing how much of his head is still visible and how much is obscured, you could determine if the tread was worn down enough to require replacement tires.

The reason is, the space between Lincoln’s head and the top of the coin was 2/32″, which was mandated by the US Department of Transportation as the standard minimum depth for legal tread depth. While that still is the legal minimum, some experts have done testing to see if there’s much of a difference between driving on 2/32″ tread and 4/32″ tread. Obviously, there is.

That’s why many are now recommending to use a quarter to test tire tread. Using the same methodology but with George Washington’s head on a quarter, you can test if it’s time to replace your tires. Instead of waiting until 2/32″ to replace them, it’s recommended to buy new ones when the tread goes below 4/32″.

Despite the safety and driving improvements that driving on higher tread depth brings, the age-old “penny test” still continues. Be an agent of change and start using the quarter test on your car.

Sources: The Tire Rack via Car and Driver, Auto Week