Do Our Political Parties Influence Which Cars We Drive? 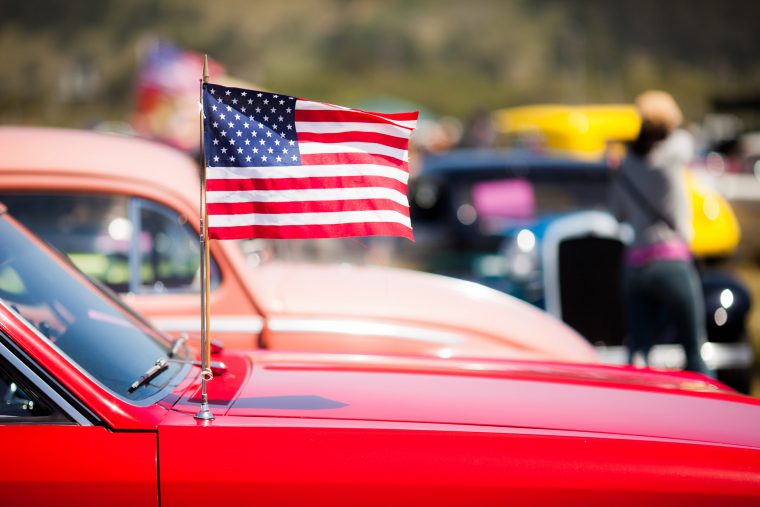 Our political landscape is increasingly divided. Republicans and Democrats aren’t seeing eye-to-eye, and tension in the White House is causing stress for everyday Americans. New studies show that our political affiliations may be seeping into our everyday lives, including our car purchases.

With an increased divide in our nation, partisan runs deep. Many of the partisan stereotypes stem from stances on political issues—including Republicans’ desire for increased national security spending and Democrats’ focus on solving the issue of climate change.

In 2016, Kelley Blue Book released its annual list of the most popular cars in each state across the nation, and it looks like there is a significant correlation between red and blue states and the popularity of American versus foreign vehicles. Our political stances may be playing a role in the types of cars we purchase, after all.

Of the 32 red states in the 2016 election, 28 of them (87.5%) ranked an American-made car as the state’s most popular vehicle for the same year. Of the four red states that preferred foreign cars, three of them were swing states.

The flip side shows that of the 18 blue states in 2016, 14 of them (77.7%) chose foreign vehicles as the most popular. Of the four blue states that chose American-made cars, two were swing states.

These statistics show that red states are nearly three times more likely to popularize an American-made car than blue states.

So what does this mean? Well, it means our political affiliations may be creeping into our purchasing habits. It’s important to note that correlation does not equal causation, but the data shows that Republican states tend to lean toward American vehicles, while Democratic states opt for foreign vehicles.

Republicans tend to lean on the traditional values held by the United States and hold more conservative views. Many Republicans are seen as patriotic, supporting America and everything that it stands for, including American vehicle manufacturers like General Motors and Ford. Democrats, in present day politics, have a strong focus on foreign policy and reversing the effects of climate change with more liberal stances on social issues. It’s possible that this focus is being represented in blue states by their support of foreign industries and electric-focused brands like Toyota.

However, the correlation between these traditionally Republican states and American vehicles may not be as straightforward as their political parties. Many red states are located in the southern and middle America, where farmland and rolling hills tend to dominate the landscape. Terrains such as the ones in the Midwest and western United States demand the overwhelming use of pickup trucks. In fact, 31 out of the 50 states had pickup trucks as their top-selling vehicle and 30 of those were red states. Foreign companies simply aren’t serious competitors in the pickup truck segment.

Ford and General Motors dominate the pickup segment at unmatched rates. Six out of the top 10 best selling trucks in 2016 were American trucks, with American trucks securing the top four spots. Many of these red states may be dominated by American pickup trucks due to their terrain, not political party.

Regardless, it’s undeniable there is a correlation between political party and our choice of vehicle, but that doesn’t necessarily means a consumer’s political party has a direct effect on which car they’re going purchase. Still, many politically-involved Americans may simply be putting their money where their mouth is and supporting companies and products they feel good about, morally and otherwise.