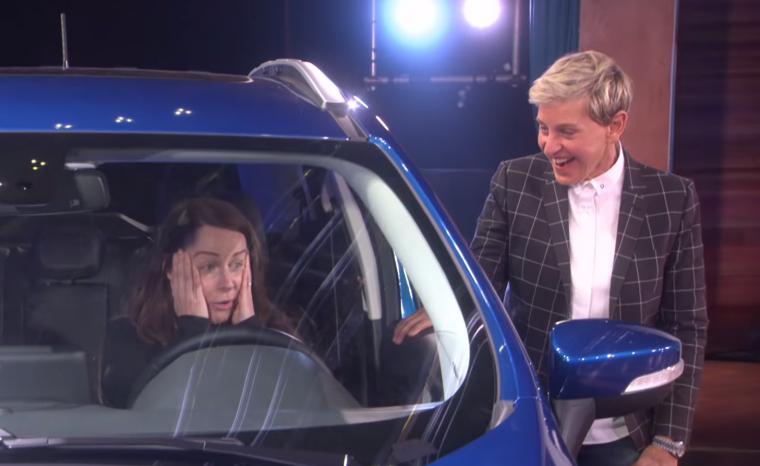 Ellen DeGeneres is known for her grand gestures (she’s known as Ellen De-Generous) and improving the lives of people all across the country, whether that’s giving them a hefty check, surprising them with loved ones from overseas, or offering them an opportunity. Ten years ago, Ellen called Jeannie Klisiewicz, a fan who was in desperate need of a job.

After they spoke on the phone, Ellen decided to invite Jeannie to a taping of the show. They sat on stage chatting for a few minutes before Ellen gave Jeannie the chance of a lifetime. “We like your personality,” Ellen told Jeannie. “We talked about it this afternoon. We want to offer you a job here.”

Prepare for the Worst: What to do if you end up in a car accident

Since Jeannie joined The Ellen Show, she’s been helping people across the country make their dreams come true. From surprising viewers in their schools and homes to road-tripping across the country in a Ford EcoSport as part of the Life’s First-Evers series, she says her favorite part of her job is getting to be part of what Ellen does every day: changing people’s lives.

This year marks Jeannie’s 10th anniversary on the show, and Ellen wanted to surprise her with a special celebration. Ellen started the segment by tricking Jeannie into thinking she was surprising a single mother who loved Ellen’s show. Instead, that woman turned out to be an actress, and Ellen asked Jeannie to join her on stage for a surprise. They sat together on the same stage where Jeannie had been offered her job a decade prior, watching a montage of some of Jeannie’s best moments, including kissing Usher on the red carpet and being part of the Broadway production of Wicked.

Jeannie was overwhelmed with emotion as she watched the montage. When the clip ended, Jeannie said, “I have the best job in the whole world. [Ellen’s] the best and it just trickles down to every person that we work with and it’s just the best place. And I’m so grateful for that, so thank you.” Ellen also announced that they were dedicating a chair to Jeannie, with a plaque on the seatback.

But, in true Ellen fashion, that wasn’t the only surprise for Jeannie.

Join the Fun: Learn more about the all-new 2018 Ford EcoSport

After her road trip across the country for the Life’s First-Evers series, Ellen wanted to do something extra special for Jeannie. “Our friends at Ford were so happy with your Life’s First Ever series, they want you to have your very own first-ever Ford EcoSport.” From there, the doors opened revealing Jeannie’s brand new blue Ford EcoSport.

After she finished screaming in disbelief, Jeannie exclaimed, “I’ve never gotten to do this part!”

Congratulations on 10 years at The Ellen Show, Jeannie!