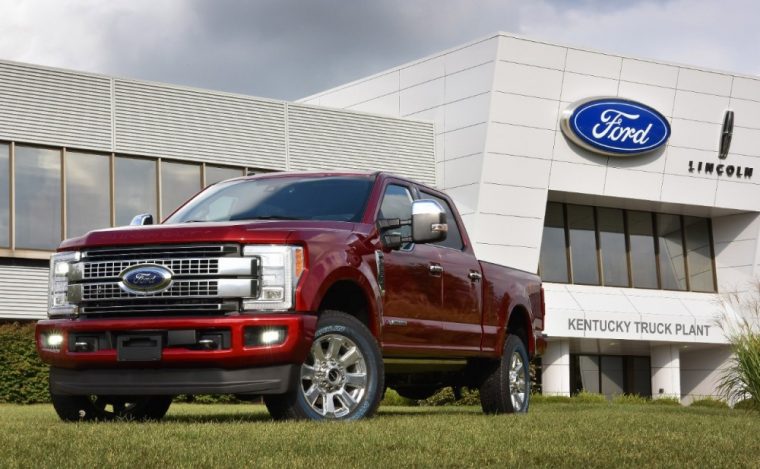 Ford was led as ever by the F-Series, which saw sales increase 10.1% with 81,330 units delivered. Average transaction prices for F-Series trucks were estimated to have increased by $2,500 per unit year-over-year; Ford attributes this to 56% of all Super Duty sales coming from high-end trims like the Lariat, King Ranch, and Platinum.

“Our high-series Super Duty trucks and all-new F-150 Raptor drove double-digit F-Series sales gains in March, along with the strongest year-over-year increase in transaction prices of any truck manufacturer in the industry,” said Mark LaNeve, Ford VP, US Marketing, Sales, and Service.

Despite double-digit declines from the E-Series, Transit, Transit Connect, and heavy trucks, Ford Trucks were up 2.5% at 102,381 units sold.