Fiat Chrysler Automobiles (formerly Chrysler Group) has been on a roll for nearly the last five years; each month has seen improvements over the same month in the previous year in terms of overall sales. The numbers in Fiat Chrysler’s January 2015 sales report indicate that the trend has continued for the 58th month, just two months shy of five years. 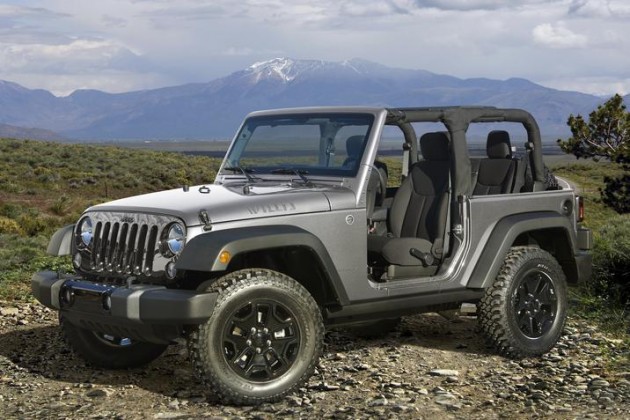 The Jeep Wrangler had its best January in history last month.

In total, the automaker moved 145,007 units, compared to 127,183 sold in January of 2014. This marks a 14% increase, year-over-year. Chrysler, Dodge, Jeep, Ram, and Fiat each experienced sales increases over January of last year, though Jeep saw the strongest boost at 23%. In fact, last month was Jeep’s best January in its long and storied history.

It’s no surprise then that four out of five Jeep vehicles had their best January ever last month: the Jeep Cherokee, the Jeep Wrangler, the Jeep Patriot, and the Jeep Compass. January was also a record month for the Chrysler 200, the Dodge Dart, the Dodge Challenger, the Ram ProMaster, the Ram Cargo Van, and the Fiat 500L.

“We kicked off 2015 with a 14 percent increase in sales and extended our year-over-year sales streak to 58-consecutive months,” remarked Reid Bigland, Head of U.S. Sales. “In spite of some tough 2015 comparisons, we remain confident in our ability to post year-over-year sales increases on the back of strong retail demand for our products.”