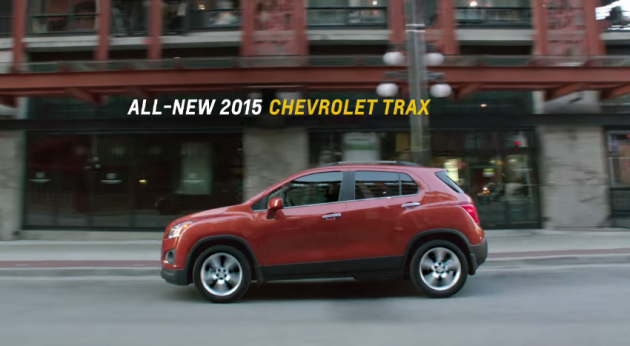 Chevrolet launched the new Trax small crossover earlier this year, and based on the first few ads, it’s clear that Chevy will be taking no chances in making absolutely sure that the world is aware that this is a crossover geared toward Millennials. Guys. It has Wi-Fi! Built in!

Take a gander at the 15-second commercial and marvel at the inclusion of all the things beloved by Millennials:

It’s a pretty brilliant strategy, really. Hopefully the next ad ups the ante and includes vaping, playing an acoustic guitar in coffee shops, curly moustaches, and useless college degrees that result in years of crippling debt and financial irresponsibility.