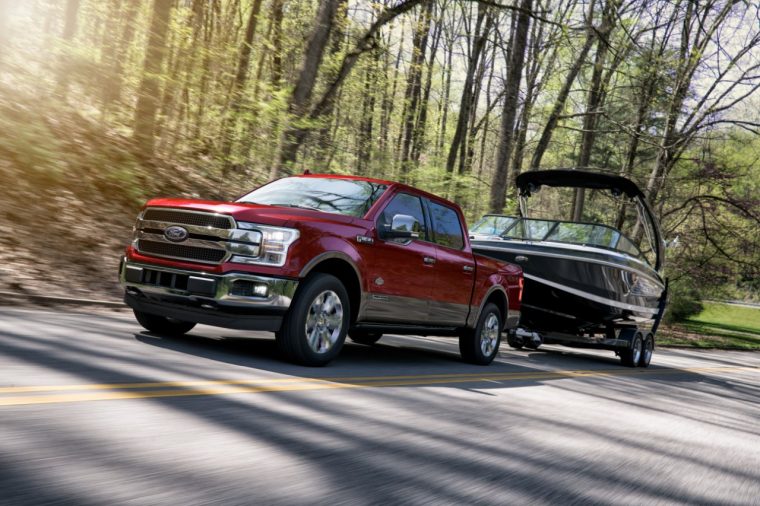 This is probably going to come as a massive surprise, but people in America like trucks. A lot. Specifically, they like Ford trucks a lot and have made the F Series the best-selling vehicle in America for 36 years running. That figure stands poised to reach 37 years at the conclusion of 2018, and it’s being projected that Ford will hit that milestone by selling more F-Series trucks than it ever has in a single year.

Through June, F-Series sales are up 4.9 percent year-over-year at 451,138 trucks sold in the United States. Perhaps more importantly, Automotive News notes that this is up 4.2 percent from Ford’s record pace in 2014, the year in which the automaker delivered a record 939,511 F-Series trucks.

Popular from Ford: 2018 Ford F-150 gets stronger, smarter, and tougher

With F-Series traditionally seeing 52 percent of its sales in the second half of a given year, Auto News projects that Ford would likely end the year with sales of around 941,000 trucks. This feat would be all the more impressive given that the F-150 is four years into its current generational cycle — albeit with a 2018 refresh adding several significant updates — and that its competitors are kicking off their latest generations.

Auto News also notes that the F-Series is considerably more profitable than its competition. F-Series’ average transaction prices stand at $46,751 per truck while incentives sit at just $4,004 per truck. Respectively, that’s the highest and lowest in the segment. This puts Ford on pace to sell $44 billion in F-Series pickup trucks in 2018 alone.