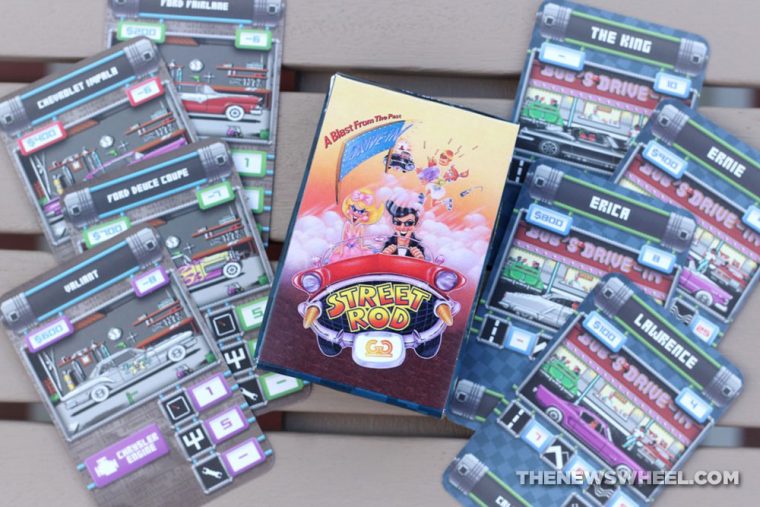 Nearly 30 years ago, Street Rod debuted on the Amiga, Commodore 64 and MS-DOS platforms. This now-classic video game might not have garnered the legendary reputation that other racing simulations of the time did, but it’s amassed a loyal fan base that appreciates it for game play that integrated in-garage customization with on-road racing.

Earlier this year, indie game publisher Gaudete Games launched a successful Kickstarter funding campaign to revive Street Rod for the 21st century, but not as a video game. The beloved title has made the jump to the real world in the form of a card game.

Although I’ve not played the original digital version very much, I love car-themed card games and thus was a backer of the Kickstarter-funded revival. I received my copy of the Street Rod card game this month, and here’s what I thought of it. 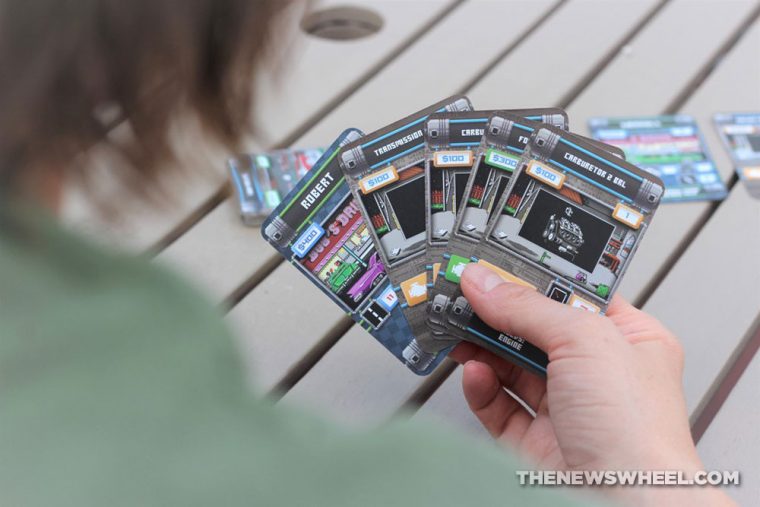 The idea of the Street Rod card game nearly identical to its original digital inspiration, right down to the background that sets the events in the summer of 1963. Instead of relying on keyboard buttons and mouses to play, though, this involves a deck of 55 cards.

The game begins once players have prepared by gathering their starting hand of cards and creating a face-up line of cards that everyone can “shop” from. Each turn consists of three steps:

The winner of each race is calculated by adding together a player’s power, acceleration, and skill points. The difference between the challenger’s score and opponent’s score is weighed against a randomly drawn “Back Luck Indicator” number to determine if the challenger wins. If they do, they earn the opponent card (or a card from the other player’s hand) to utilize later.

At the conclusion of a turn, the majority of cards are removed from the shop and replaced with new cards from the supply. The game ends when the King opponent card appears and a player successfully beats the King in a race. That person is crowned the winner. 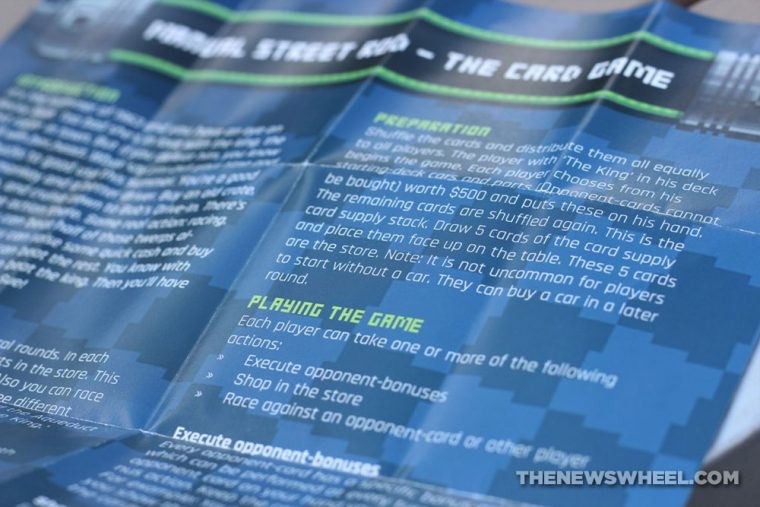 The creators of the Street Rod card game aren’t native English speakers, and that’s pretty evident in the instructions (or, the “manual,” as it’s cleverly called). The directions offer the basic gist of the game play, but definitely could’ve used more revisions to clarify wording (“place it on your hand”) and gaps in explanations. Even though they’re not that long — just a double-sided page — it’s important to read the directions thoroughly multiple times before playing to catch all the briefly mentioned but influential rules. You’ll probably end up making some house judgments throughout the game to fill in the gaps. 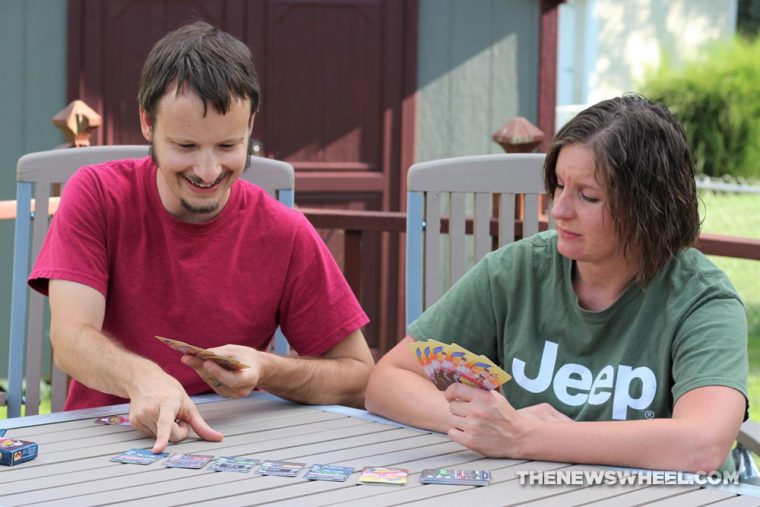 I’ve played a lot of car racing card games over the years, but what intrigued me about Street Rod is its roots as a video game. I’ll admit that I’m not very familiar with the original title, but the translation of single-player, digital game play into a multi-player, card-based experience intrigued me.

Much of the appeal of Street Rod: The Card Game comes from its nostalgic appeal. The card artwork is lifted directly from the original property’s box art and screenshots from the game. The artistic design evokes its own early 1990s nostalgia, compounded by the in-game 1960s Americana nostalgia.

I played the Street Rod card game with a variety of people and amounts of players, and the best combination was four players who enjoy classic racing video games. We had a lot of fun customizing our muscle cars (borrowing names from actual GM, Ford, and Chrysler models) and stealing cards from each other. 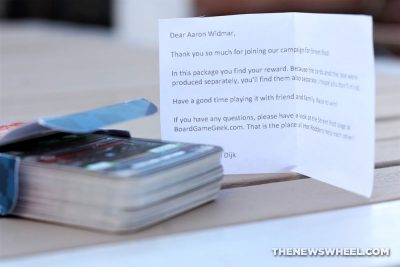 It can be a pretty brutal game, nearly eliminating some people from competing if their car is stolen, but the game isn’t meant to be long. Purposefully, you do not necessarily need a better car to win races — you just need to out-do the “Bad Luck Indicator,” which is a random drawn number. It does depend on chance, but it also allows players who are not doing as well to still participate and win races. Just don’t expect to actually win the game.

The main hurdle we encountered when playing Street Rod is the incomplete instructions guide and the many scenarios that necessitated house rules. What do you do if you accumulate more than the max hand limit from winning a race? Can you have multiples of the same card? Can you still shop if the King is present? We had to make up a lot of situational rules.

If you’ve never played the original Street Rod video game, you probably won’t be as interested in this pocket-sized adaptation as you would other racing board games. For fans of the original who want to share their childhood love of Street Rod: The Card Game with their friends, this is worth seeking out. For everyone else, there are better racing card games out there.

It does make me wonder what other old MS-DOS games should return as card games, though…