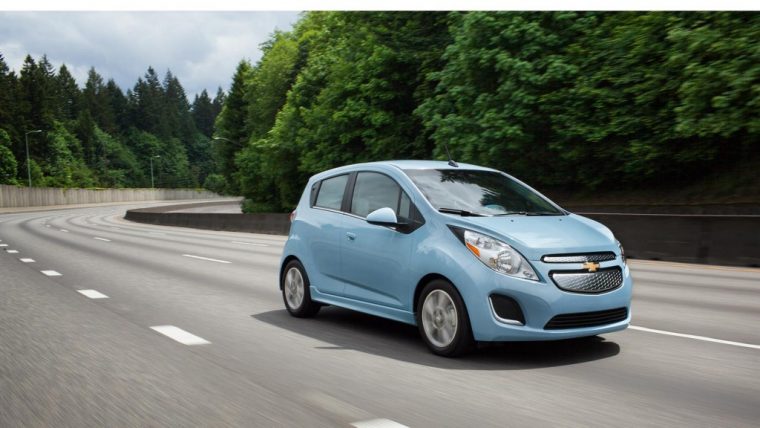 Well, we knew that this day has been coming for a while, now. The peppy little Spark EV has simply been limping along, only selling 419 models in its best month of 2016, April. From there, things have just gotten worse and worse for the poor thing, with it eventually limping its way through December only selling 17 units.

Chevrolet has officially closed the book on the Spark EV, with production already having ended back in the summer as the little compliance car was prepared to be replaced by the new, incoming Chevrolet Bolt.

Let us take a moment to remember Chevrolet’s little zippy electric. The Spark EV began rolling out in June 2013 for the 2014 model year. It only survived until the 2016 model year, and was only sold in very select markets, only being released in California and Oregon at first, although adding Maryland in 2015 while chopping the price down.

The Spark EV was distinctive for its quirky styling (huge ladybug-eye headlights), compact size, and surprisingly peppy performance, with 140 hp and a double-take-worthy 327 lb-ft of torque.

Unfortunately, it seemed doomed from the beginning, oddly offering summer-only tires and an upper-level trim that only added leatherette seats and a leather-wrapped steering wheel. It was further doomed when the Chevrolet Bolt was developed as a small quasi-crossover with almost three time the Spark EV’s range, and with a logical trim level progression and all-weather tires, to boot.

So, good bye, you cute little electric ladybug. You poor thing, you never really had a chance.