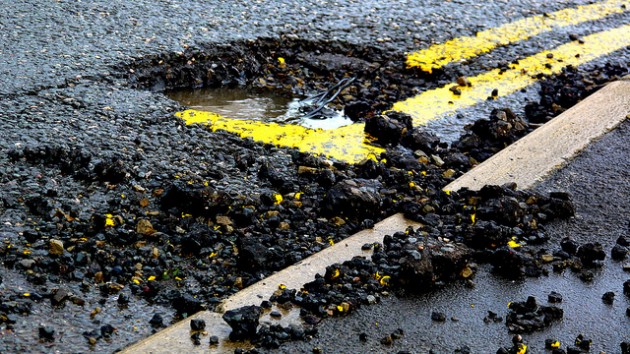 Google has created a new type of technology that could help combat potholes
Photo: chrisUK

Potholes are terrible. Really. They’re like the mosquitoes of the road, staying unnoticed until after they’ve done their damage. But finally, since we can’t exactly pray the potholes away, Google might have found a way to combat these sneaky little buggers.

Sell Your Car with Confidence: Get your trade in valued now!

Because Google is the type of company that seems to want to take over the world, it comes as no surprise that the tech giant has decided to make the car industry its next target. The California-based technology company recently filed for a patent that will change the way we look at potholes.

To help tackle the pothole problem that is prevalent throughout the world, Google has created a complex system that uses shock sensors that are triggered when a car hits a pothole. When these sensors are triggered, the technology allows the car to automatically send its location through its GPS system. This allows the pothole to be tracked and cataloged.

While this technology doesn’t actually fix the potholes firsthand, it goes a long way towards alerting the proper authorities to where the worst roads are. This awareness could go a long way to making more roads smooth again.

Along with this pothole-combating technology, Google is also working on bringing autonomous cars to the world.