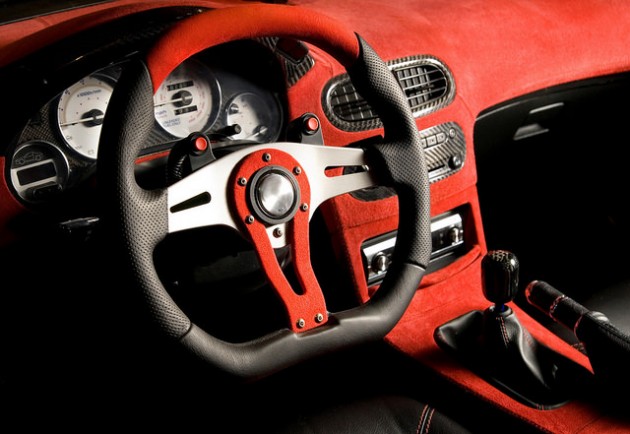 Believe it or not, the very first cars weren’t even directed with a steering wheel, but rather with a tiller. In fact, the history of steering wheels as a whole is probably more interesting than you might imagine.

The earliest known use of a steering wheel can be traced back to 1894, when Alfred Vacheron used one on his custom four-horsepower Panhard to participate in the Paris-Rouen race.

It wasn’t until 1898 that steering wheels were introduced as a standard feature in some cars, but once they were introduced, it was clear they were there to stay. By 1904, all Rambler models (one of the few mass-produced cars at the time) came with a steering wheel, and within a decade the tiller had been all but eradicated.

For about two generations thereafter, steering wheels were as simple as they got: wooden circles directly connected to the wheel axis. They served no other task and could be extremely hard to turn, especially at low speeds or when stationary.

Though power steering patents were circulating as early as the steering wheel itself, it was many years before these systems were actually used. In the 1920s, an engineer named Francis W. Davis wanted to make truck-driving a little easier and invented the first power steering system to be fitted into a vehicle, inspired by earlier work on power steering systems used in ships.

In 1926, Davis signed a contract that would have seen his technology applied to future Cadillac models, but the economic crisis brought about by the Great Depression led to the contract being scrapped in 1934.

What finally brought power steering into explosive existence was the second World War. The military wanted easily-controllable war machines and in 1940 started fitting power steering systems in Chevrolets armored for the British Army. 10,000 vehicles would go on to receive similar treatment by the end of the war, and auto manufacturers began to develop their own power steering technologies after that. Some were hydraulic, others electric, and others still a mix of the two.

For about sixty years, the steering wheel had no other purpose than turning the car and providing a surface upon which to slam the horn. In 1960, some carmakers began fitting the cruise control operating switches onto the wheel, but it wasn’t until 1990 that steering wheel gadgets and innovation really began to take off.

As car technology progressed, so too did the need for buttons and switches. Some of these were moved over to the steering wheel, like controls for the audio system, the car’s computer, and other nifty features. And that’s essentially where we are today.

What kind of innovations would you like to see for the steering wheel in the future?