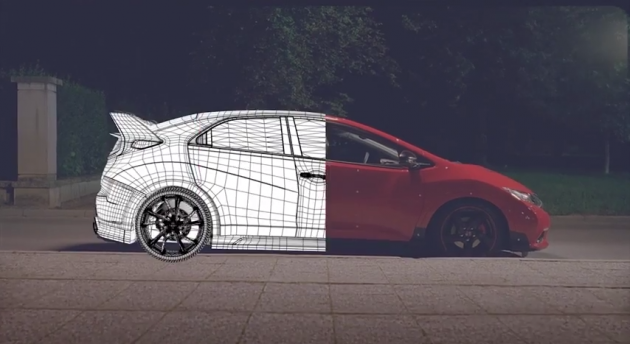 Your whole life is a lie: The Honda Civic Type R from “The Other Side” never existed

The Type R was actually created through visual effects by The Mill, a post-production studio based in Europe. The Mill just posted a video that shows how their 3D team “carefully crafted the red Type R model entirely in CG [computer graphics] for the film and the expert Flame team seamlessly composited the CG vehicle into the night-time narrative to match perfectly with our hero’s daytime alter-ego.” Check out the short video for yourself:

Behind The Work: Honda Civic Type R “The Other Side”

The Mill provides a more in-depth description of the process they used to create the Type R here on their blog. For us, though, the big takeaway is that we had no idea the car we were watching go on a high-speed chase was, for lack of a better term, fake.

We’re not sure how to react. In some ways, it’s kind of disappointing to find out that a promotional video that purports to show off the capabilities of a new car doesn’t actually show us the car at all. 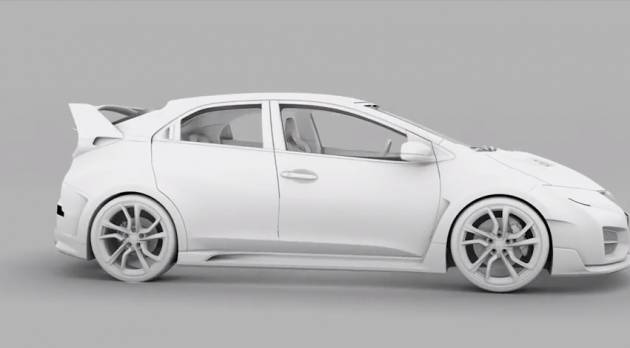 But from a purely filmic perspective, this actually might make “The Other Side” an even more impressive piece of cinema. We mean, the use of computer graphics is so seamless, you never realize when you are seeing something real versus something animated. And from a critical point of view, should this change our interpretation of the film? If the Civic Type R isn’t actually real, does that mean that the whole robbery scene isn’t actually real either? Are we supposed to interpret the Type R chase as simply the daydream of a depressed middle-aged man who has grown bored and disillusioned with his suburban life, family, and Honda Civic? At the end of the film, when he puts on a mask for his kids’ costume party, is the mask symbolic of something deeper–perhaps his desire to hide his true self from his children, who are signifiers of the dull existence he fantasizes about escaping?

This movie has layers, man.