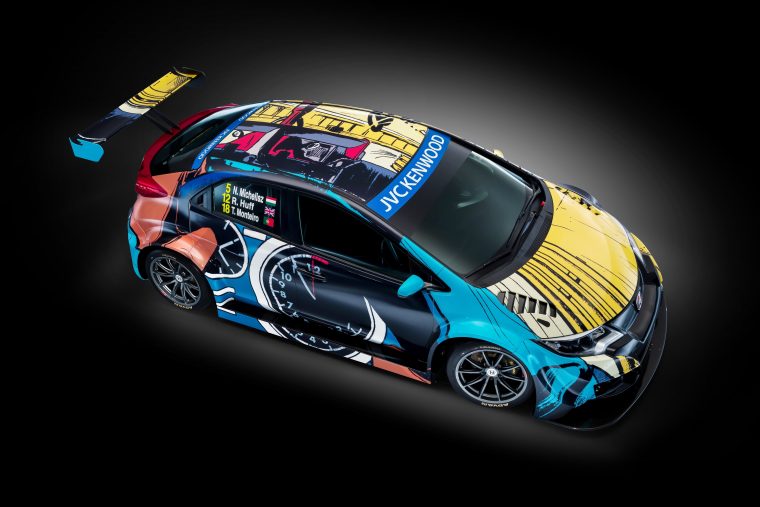 Honda Europe announced today that the Honda Civic WTCC car will sport an all-new look at this year’s Goodwood Festival of Speed, which will run from June 23rd through the 26th. Honda has partnered with the Jean Graton Foundation to create the distinctive design.

One of only four WTCC machines carrying a one-off artist livery, the Civic will be featured within the FIA World Touring Car Championships inaugural “Art Car Contest.” 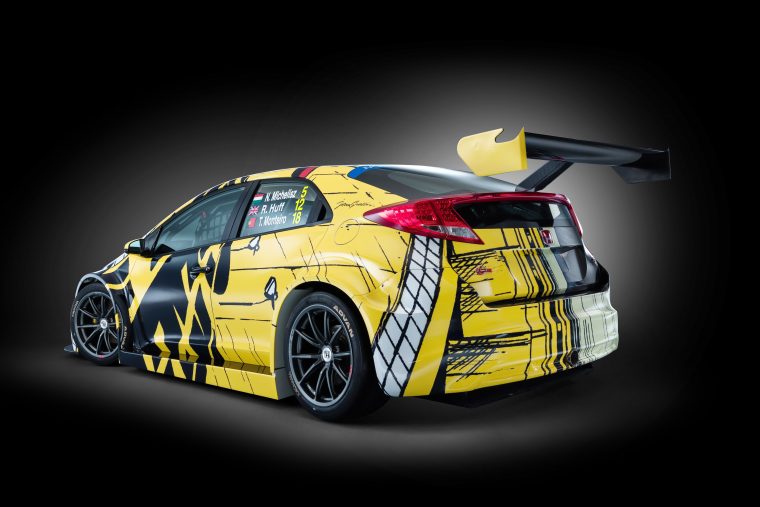 Jean Graton Foundation Art Director Dominique Graton and Philippe Ghielmetti were responsible for the design, taking inspiration from Jean Graton’s most famous invention, the French comic book hero Michel Vaillant. Graton created the fictional auto racer in 1957, and it has since gained a sizeable cult following. The Honda Art Car Jean Graton features a design inspired by the Michel Vaillant Art Strip ‘A Fond!’ in which Michel Vaillant chases a Ferrari through the Monaco tunnel during the 1974 Grand Prix.
Car enthusiasts can see the Honda Civic WTCC on display inside the F1 Paddock at the Goodwood estate, and can vote for their favorite livery via social media and the website. The winning design will be revealed during the Festival of Speed’s closing ceremony.

“Jean Graton’s work is unique in two ways: how he recreates speed in still drawings, and how his fictional stories mixed with reality throughout his work,” said Dominique Graton. “The concept idea of the Honda Art Car Jean Graton is to summarize these two principles by wrapping an actual racing car into the artwork, and putting it in motion.”

“We’re delighted to have partnered with the Jean Graton Foundation to create a truly unique design for the WTCC Art Car Contest at the Goodwood Festival of Speed,” added William De Braekeleer, Autosport Manager Honda Motor Europe Ltd. “Jean Graton’s Vaillante brand and Honda share many similarities, not least that racing is in our DNA”