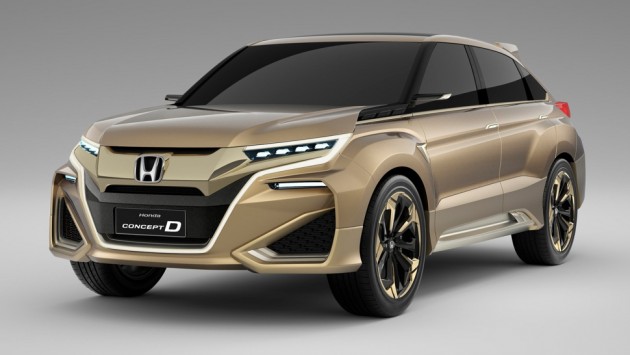 Honda just gave us a sneak-peak at what will eventually become the Japanese automaker’s flagship model for the Chinese market. The 2015 Honda Concept D just debuted at Auto Shanghai 2015, and according to Honda Motor China Investment (HMCI), it “shows the direction of a mass-production SUV model which is currently being developed exclusively for the China market as a top-end SUV.”

The D features some pretty aggressive styling, complete with an ostentatious gold paint job, but apparently that’s how they like it in China. 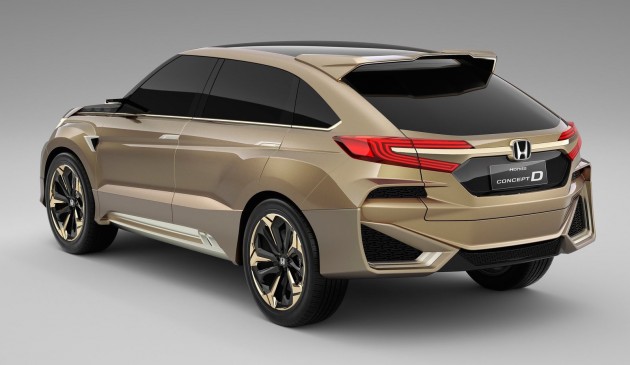 The Concept D’s looks are really the only thing to judge it by right now, as HMCI is being pretty tight-lipped about the SUV’s actual specs. So far, the company has only revealed that the D features “high-quality driving and a spacious cabin,” “advanced safety technologies,” and “other advanced features.”

No specific date was given, but HMCI announced that a Concept D-based production model will eventually go on sale from both Guangqi Honda and Dongfeng Honda.

“Including this Concept D, which is a proposal for a new value that only Honda can provide as the pioneer of the SUV market in China, we would like to continue providing attractive products equipped with our advanced technologies to our customers in China,” said HMCI president Seiji Kuraishi. “Toward this end, we will accelerate the localization of our business in China.”