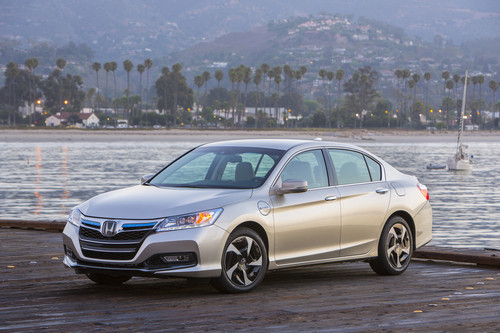 The Honda Accord recently entered its ninth generation of production, revealing a more sculpted exterior. For 2014, Honda added the Accord Plug-In to the diverse Accord family. The Plug-In has the same distinct styling features that have made the new generation of Accords a huge success.

As expected, the Honda Accord Plug-In boasts impressive fuel economy. On a full battery, the first model year Accord Plug-In is capable of driving 10 to 15 miles in electric-only driving. Once the battery is depleted, the Plug-In gets 47 mpg in the city and 46 mpg on the highway.

Honda’s commitment to creating low-emissions vehicles helped earn the 2014 Honda Accord Plug-In the 2014 Green Car of the Year award.