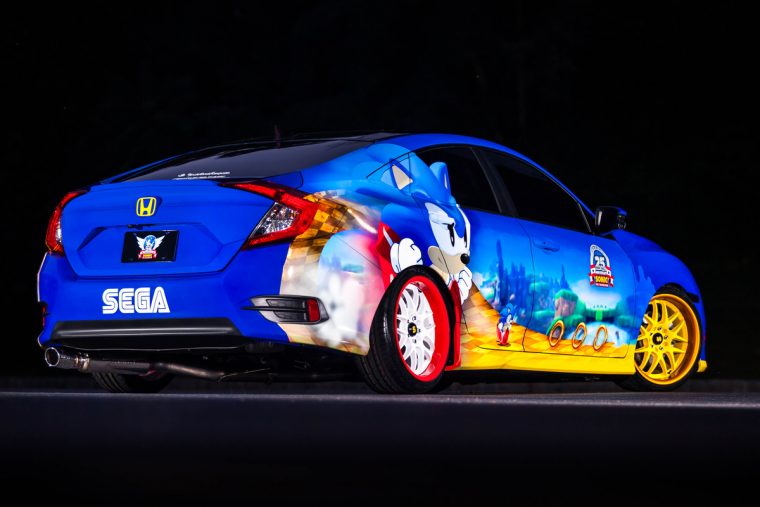 The words “Honda Sonic Civic” may cause some folks to do a double take, as they try to envision some unholy union between the Chevy Sonic and Honda’s own popular compact car.

But don’t worry, the title actually refers to something much cooler: a “Sonic the Hedgehog”-themed Honda Civic.

The one-of-a-kind Sonic Civic was created to celebrate the classic SEGA Genesis video game’s 25th anniversary, and debuted Friday night during Comic-Con in San Diego. It’s based on a turbocharged 2016 Civic Touring sedan, making it the perfect vehicle for video game enthusiasts who, to put it simply, gotta go fast.

The customization was performed by Brian Fox of Fox Marketing Cars in York, Pennsylvania. Fox rolled up his sleeves, cracked his Knuckles, and got to work adding several excellent touches to the car, beginning with custom rear wheels that resemble Sonic’s iconic red shoes, and front wheels that look like those golden rings that he won’t shut the hell up about. 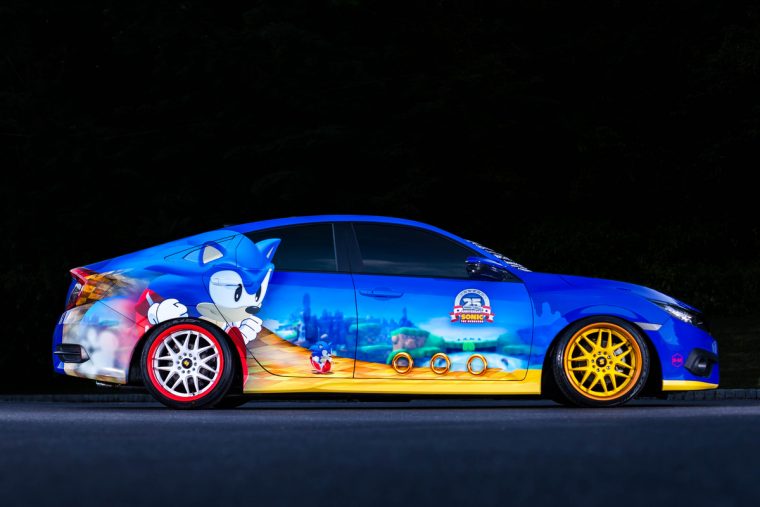 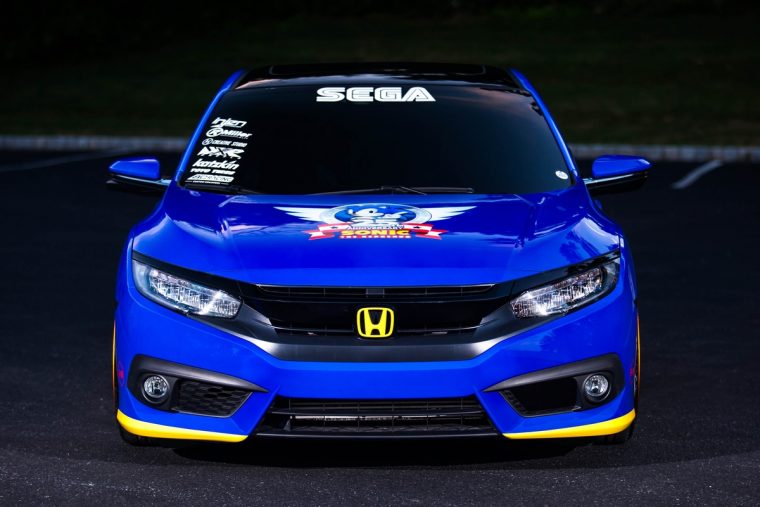 Inside, custom “Sonic the Hedgehog” 25th Anniversary logos are embroidered onto the Katzin Blue Leather seats. 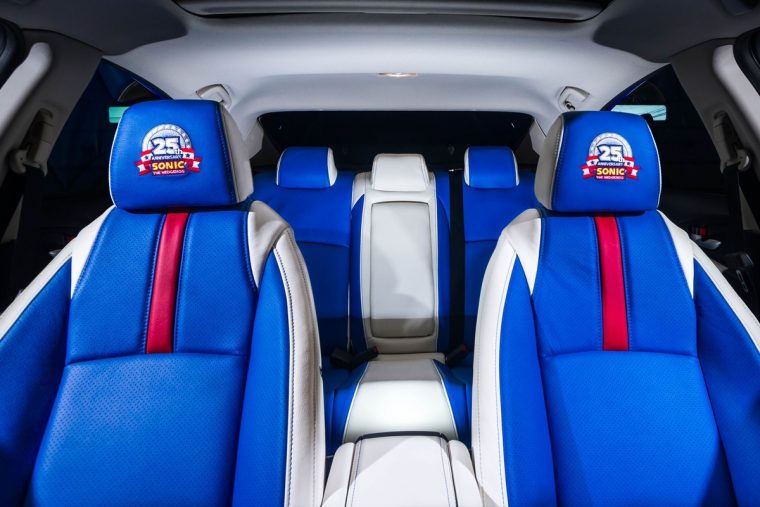 This is also one of the rare vehicles where drivers will be less excited by what’s under the hood than what’s under the trunk—namely, a floor-mounted 32-inch television screen that allows fans to play the actual “Sonic the Hedgehog” games. 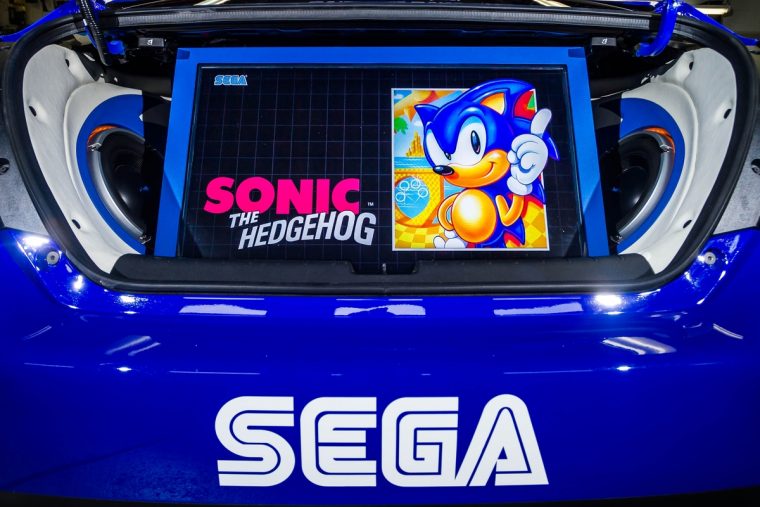 “What better way to showcase the incredibly sporty performance capability of the 10th generation Civic than by pairing it with gaming industry’s ultimate athlete – Sonic the Hedgehog,” said James Jenkins, Honda’s Public Relations Manager. “As the fan favorite game and character celebrates his 25th anniversary on the scene, we hope that all Sonic fans—those who remember playing years ago and those who continue playing today—rejoice in his all-new ride, as much as we enjoyed creating it.”

UPDATE: Chevrolet has fought back by releasing it’s own “Chevy Sanic”